On our mini-tour of the South Coast between Hastings and Worthing on Sunday 15th May 2011 we made a revisit to the excellent 18-hole Splash Point Minigolf Course in Worthing, West Sussex. 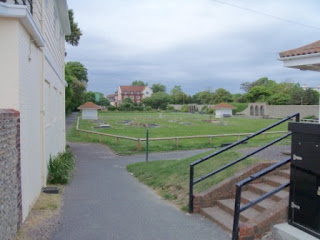 Unfortunately we were just a little too late to have a round, but we did have a nice chat to course co-owner (and fellow BMGA Tour Pro) Peter Emmerson.

The course has had a few changes/additions made since it opened last year, including:
- A loop-the-loop has been added to hole 5
- Hole 12 now has two new rocks and a new ace line
- The rock on hole 15 has now moved to make the tee shot harder
- Hole 18 has a new rock making the direct route to the hole extremely hard.

The course record stands at 29.

When we played the course last year it became the 181st played on the Crazy World of Minigolf Tour!

Last July I was runner-up in the BMGA British Matchplay Championships held at the course. 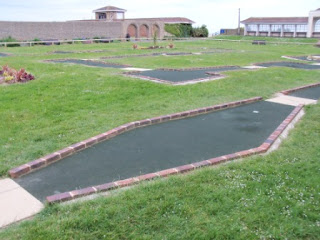 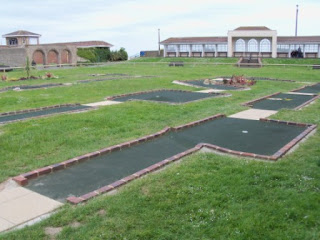 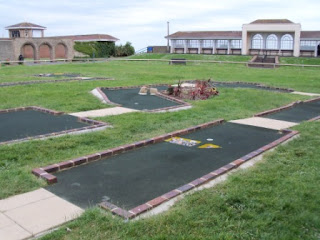 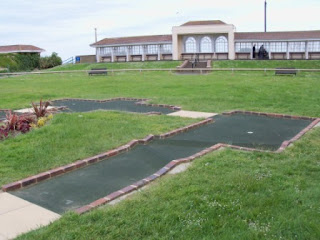 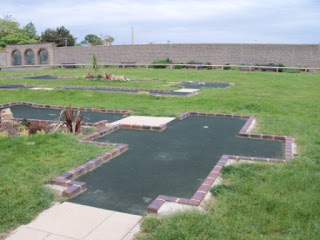 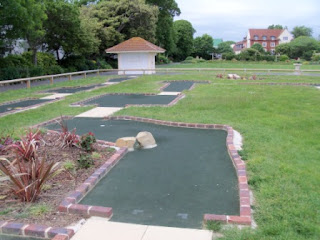 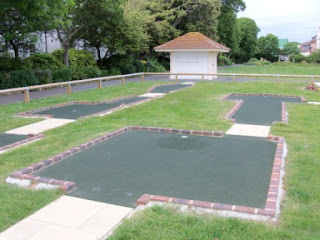 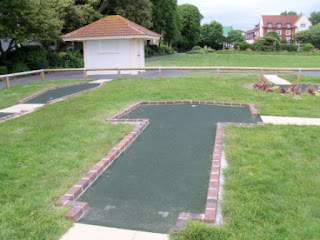 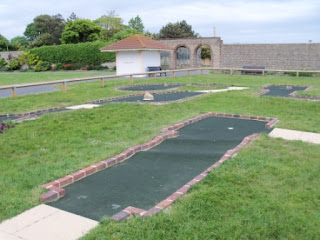 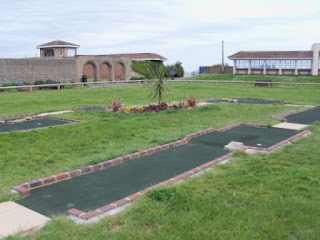 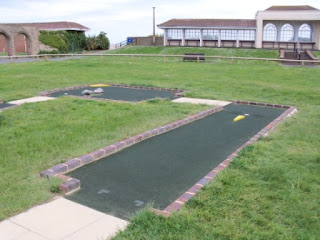 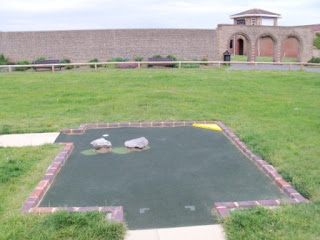 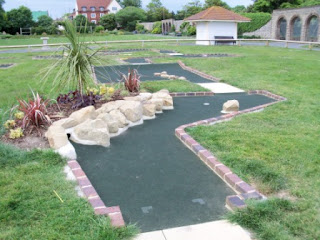 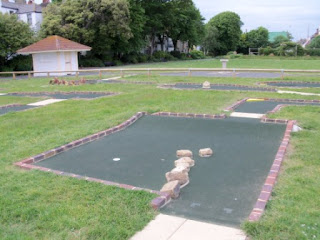 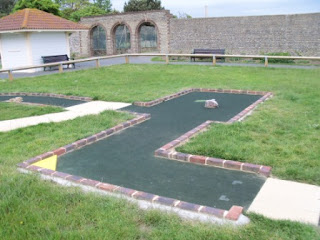 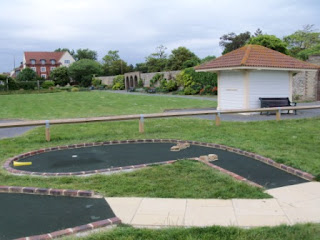 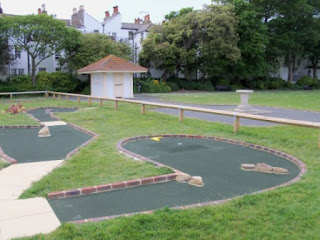 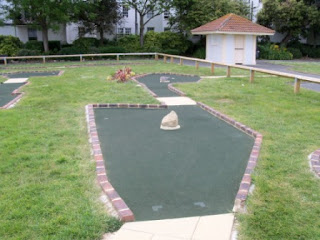 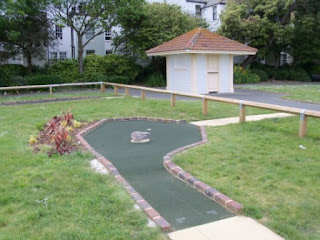 Entry to the event will be £20 and will include all-day practice on the 18th plus two rounds of strokeplay competition in the evening. There will be prizes for 1st, 2nd, 3rd and for 2nd to last place!

For more information on the course and to contact Peter or Anthony for tournament entry please visit http://www.splashpointminigolf.co.uk/
Posted by Richard Gottfried at Friday, May 20, 2011