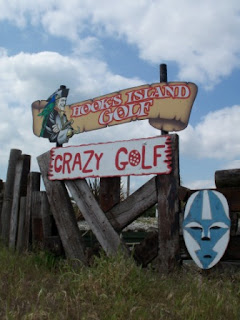 Next up in Mablethorpe on Thursday 19th May 2011 was the Hooks Island Crazy Golf course. The course was the 230th played on our Crazy World of Minigolf Tour.

The course had an obvious Pirate-theme, but the course itself had clearly originally been an Arnold Palmer Putting Course. The set-up was 13-holes (12, plus a 'Top-Hole') and in our Irregular Mini Golf Tour Match-up...I defeated Emily 30-32. 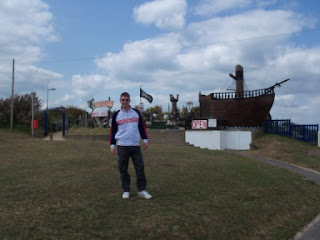 The course was fun to play, with many additional obstacles added to the course, that made it very different to playing a standard Arnold Palmer Crazy Golf course. 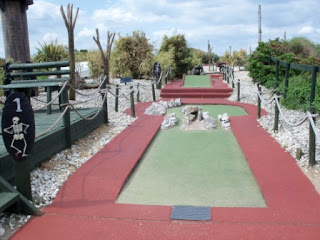 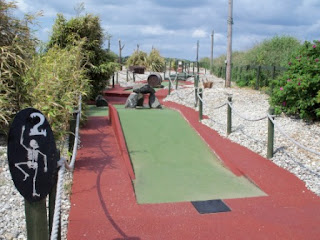 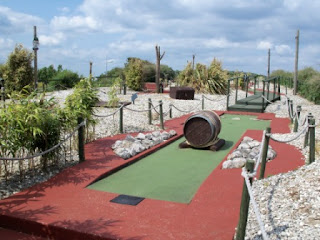 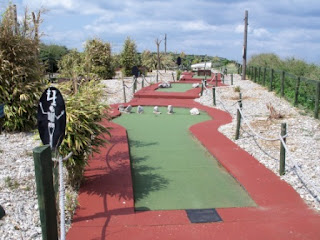 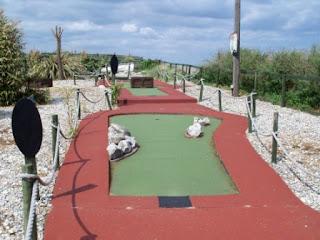 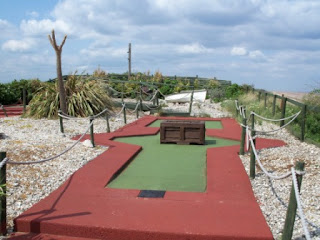 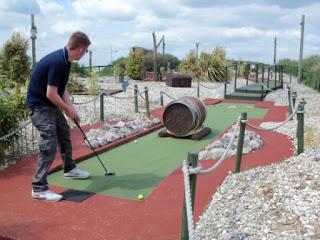 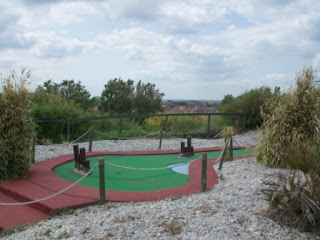 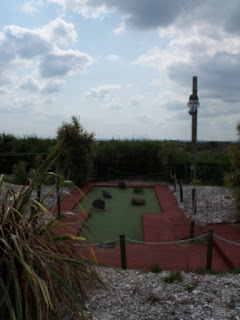 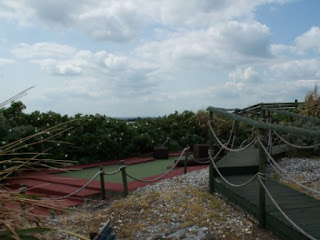 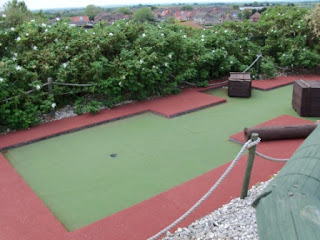 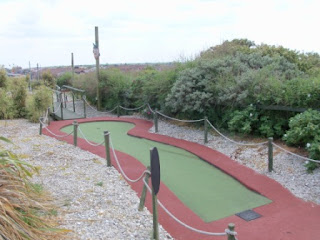 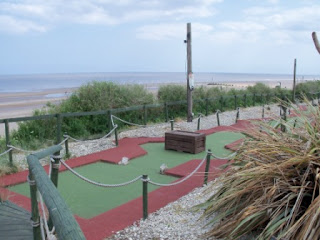 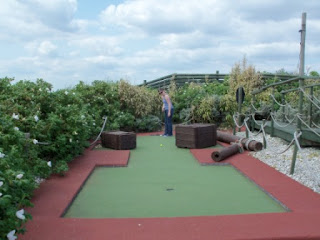 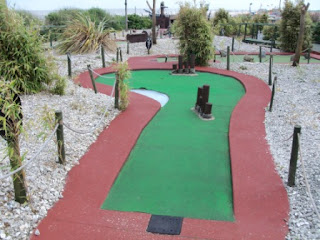 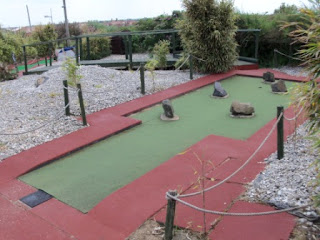 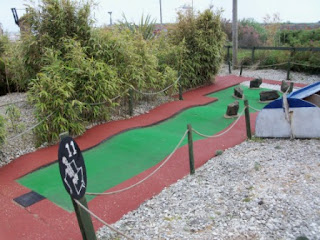 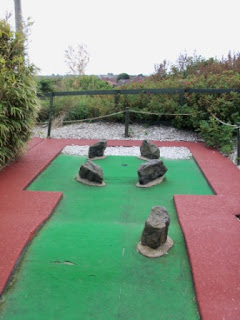 The strangest of all the obstacles on the course (and one of the oddest we've seen to date) was on the 12th and final 'regulation' hole - it was a giant cigar-smoking Pirate Skull! 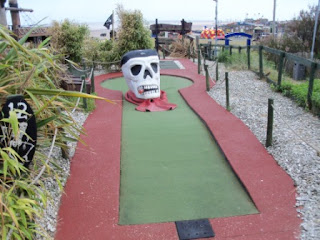 The fibreglass model was tricky to play too, as Emily found out on her tee-shot! You can play 'Spot the Ball' on the photo below. 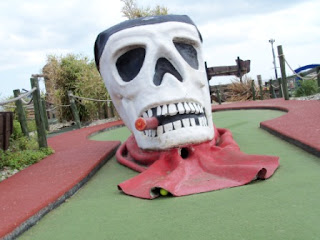 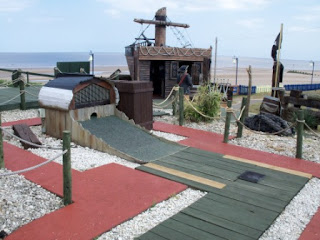 Related blog posts:
- List of courses visited and played on the Crazy World of Minigolf Tour
- Minigolf, Crazy Golf and Adventure Golf Courses on the Lincolnshire Coast
Posted by Richard Gottfried at Saturday, May 28, 2011