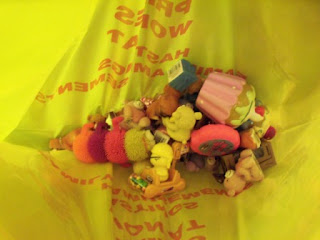 There were two "£2 Tat Challenges" at 'The Buttons' in Hastings over the World Adventure Golf Masters weekend, with minigolfers tearing themselves away from practice at the Adventure Golf course to try their hand at the challenge of winning the most amount of prizes from the 2p falls machines! 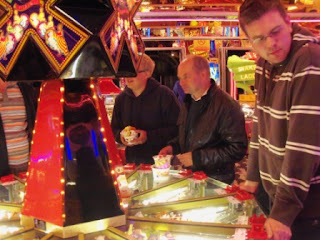 In the afternoon session on Friday the 13th May Richard Gottfried walked away the winner, while in the evening session, also on the 13th, Alan Norman stormed to victory in a sudden play-off after three players tied with six pieces of Tat won!

Photos from the afternoon session.
Note: No photo exists for Seth Thomas and his prizes!? 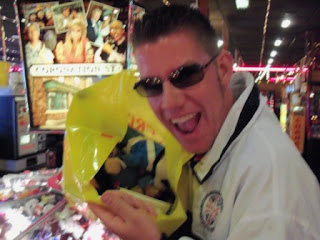 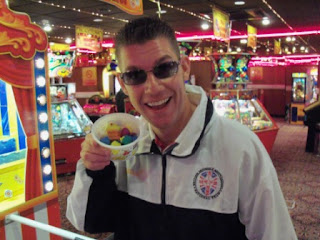 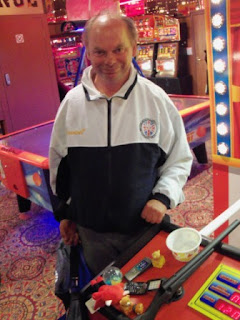 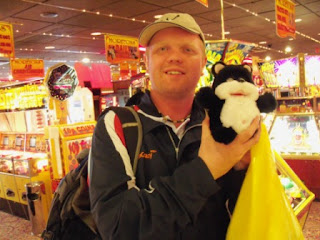 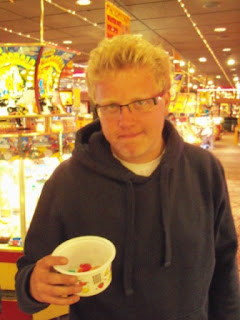 Photos from the evening session. 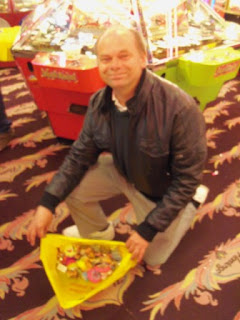 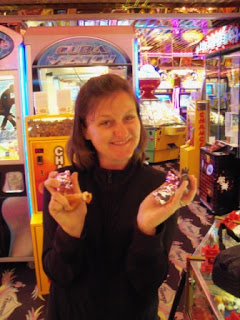 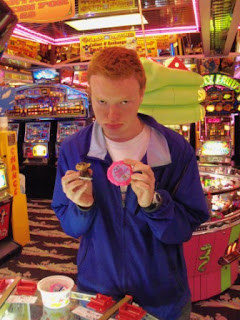 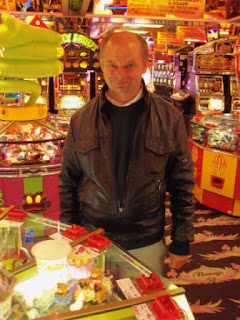 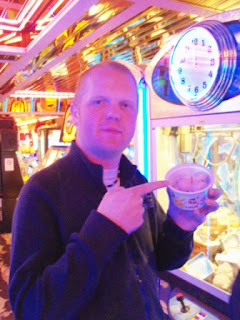 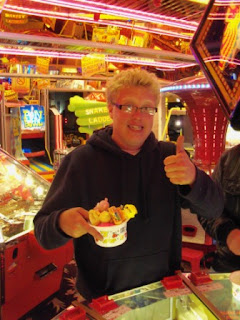 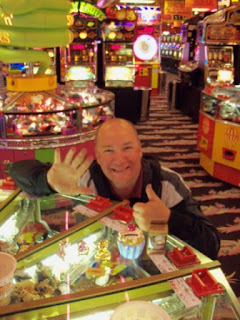 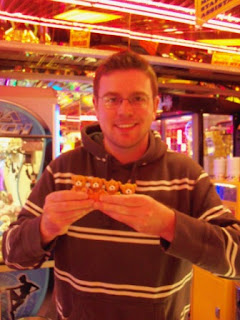 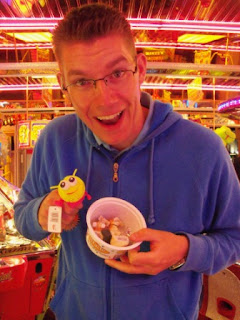 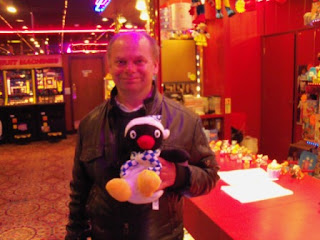 A "£2 Tat Challenge" Order of Merit is being formulated! Suggestions on its calculation welcome...? 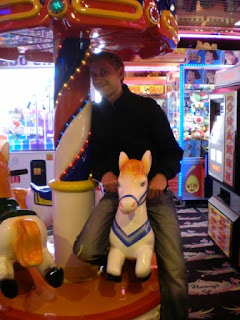 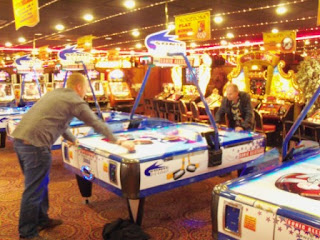 Ruthers and some Meerkats 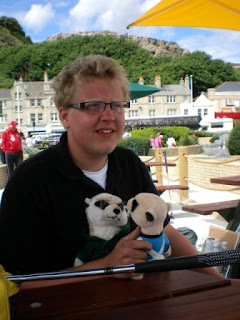