Story on page 69 of the 14th November 2007 editions of the Luton News and Dunstable Gazette regarding my achievements in the BMGA Kent Open and on the 2007 BMGA Tour.
Posted by Richard Gottfried at Friday, November 16, 2007 No comments:

Luton Minigolfer Richard Gottfried sunk the final putt of his debut season on the British Minigolf Association 2007 Tour at the BMGA Kent Open last weekend (4th November). Richard finished strongly in the season finale, carding a score of 124 over three rounds, just 12 shots off the tournament winner Sean Homer, and placing 12th of 32 players in a field containing some of the best Minigolfers in Great Britain and the world.

Richard, 27 is now ranked as the 34th best Minigolfer in the BMGA 2007 Order of Merit after gaining 527 Ranking Points since making his first appearance in the BMGA British Masters in April. In total Richard has competed in ten tournaments and played 660 holes of competitive Minigolf on the 2007 Tour, which has seen him travel to courses in Brighton, Margate, Hastings, Southend and Warwick.

Among his best results this season were his 4th place in the BMGA Midlands Invitational Tournament (MIT) and his 5th place finish in the BMGA Players Championship.

Richard said “I feel this has been a great year of competition for me, I have played in some big tournaments against the top players. There have been many great moments for me this season including making the cut for the second day of the BMGA British Open; my 4th and 5th place finishes in the MIT and the BMGA Players Championship, and taking part in the World Crazy Golf Championships. I am looking forward to the start of play on the 2008 Tour and some more top ten finishes.”

Richard added “My next three goals in my Minigolf career are to win a tournament on the BMGA Tour, reach the top 20 of the BMGA British Rankings and to play for the Great Britain Team in a World or European Championship.”

Veterans of the BMGA Tour have also noticed Richard’s talents, with Four-Time World Crazy Golf Champion Tim ‘Ace Man’ Davies calling Richard “The most promising talent to arrive on the British Minigolf scene since me."

Richard’s first tournaments of the 2008 Tour include the Planet Hastings Crazy Golf Club Open, the BMGA Matchplay Knockout Tournament and the BMGA Irish Open in Belfast.

Below is a photo of Richard putting on the 16th hole 'Shark's Teeth’ at Margate. 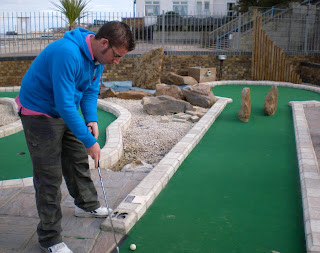 Posted by Richard Gottfried at Friday, November 09, 2007 No comments:

Die Bart (not from The Simpsons)!?!

Can you guess the haulage company? 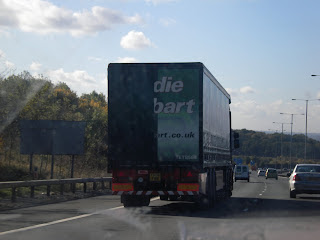 Clue: It's not Christian Salveson or Norbert Dentressangle.
Posted by Richard Gottfried at Friday, November 02, 2007 2 comments:

Email ThisBlogThis!Share to TwitterShare to FacebookShare to Pinterest
Labels: The Simpsons 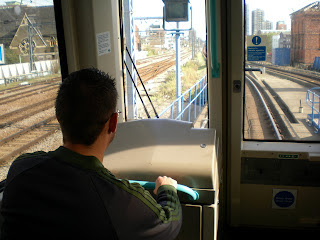 A wide array of Scorecards from the 37 Minigolf courses played this year! 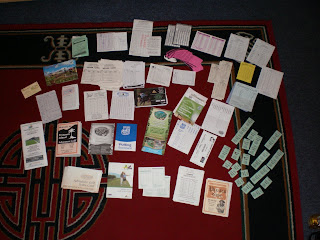 Posted by Richard Gottfried at Friday, November 02, 2007 No comments:

'Crazy for Loving You?'

In the November issue of Luton & Dunstable At Large Magazine there is a feature on Crazy Golf and top Luton Crazy Golfers Richard and Emily Gottfried.

Check it out here:
http://www.luton-at-large.co.uk/
Posted by Richard Gottfried at Friday, November 02, 2007 No comments: