The team at Wacky Nation have announced that this year's UK Rock Paper Scissors Championships will take place on Saturday 4th of October at the Green Man Pub, Central London!

Entries are now open and will see 128 athletes battle it out to be the UK's numero one best Janken player.

Emily and I have competed in a number of Wacky Nation RPS events and have always found the organised chaos to be great fun.

The UK Rock Paper Scissors Championships will take place from 6 til 10pm on Saturday 4th of October you can currently register for early bird tickets to compete in the 8th annual spectacular on the Eventbrite page.

More details can be found on the UK Rock Paper scissors Facebook page and website, and over at the Wacky Nation site.

Rock Paper Scissors Fact - If you come from Woking, Surrey you stand a very good chance of winning the event. Ask Max Deeley if you don't believe me.

The host venue - The Green Man is a very good Wetherspoon pub too.

Miniature Golf dates for your diary.

This year National Miniature Golf Day (a quasi-official US holiday) will be on Saturday 10th of May.

This year the BMGA British Minigolf Championships will be held at the excellent 18-hole Strokes Adventure Golf course in Margate, with the two-day event taking place on the 10th and 11th of May!

Miniature Golf Day will be on Sunday 21st of September.

The 18-hole Pirate Adventure Golf course in Hastings, East Sussex is the host of the BMGA British Open this year which concludes on the 21st of September.

Last year saw the fourth edition of Minigolf Tag (Minigolf Day) in Austria. Keep an eye out on the Minigolf Tag website for details and the date of the 2014 event.

If you're looking for inspiration on where to play then do check out the links below (and on the right hand side of the blog) for a range of Minigolf websites from around the world.

I'm a regular shopper at the Piccadilly Circus branch of Whole Foods Market and on a recent visit I spotted a chance to win a product they sell. 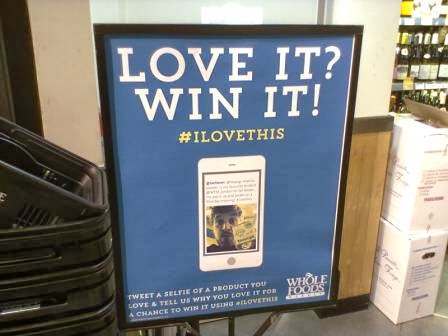 My favourite is definitely the Pork Crackling from Awfully Posh Snacks, and luckily for me after I tweeted a selfie of me with a packet of the snacks I won! 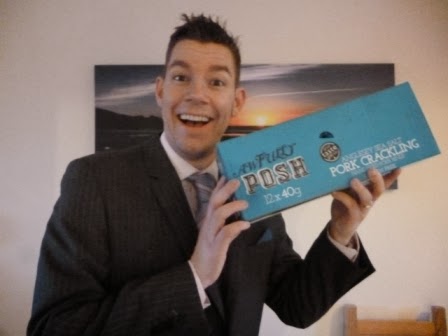 I first found out about Awfully Posh Pork Crackling in December 2012 and was incredibly pleased to once again eat Pork Scratchings - not having been able to have any due to being diagnosed with Coeliac Disease in 2008 and the fact that almost all pork scratchings are produced with the addition of dreaded gluten.

There are two varieties of Awfully Posh Pork Crackling and both of them are gluten free. You can choose either Anglesey Sea Salt, or Scorchingly Hot Chilli.

Both are great and go very well with a gluten free beer.

Meet the characters from the professional world of crazy golf!

The British Minigolf Association’s calendar of Minigolf, Crazy Golf and Adventure Golf events for the 2014 Tour season has been announced, with nine competitions taking place at eight courses.

The 2014 Miniature Golf competition season officially teed-off at the BMGA Star City Open at the 36-hole indoor Minigolf complex at Adventure Island Mini Golf in Birmingham on the 26th of January, an event won by Oxford’s Michael Smith.

The first outdoor event of the season will see the BMGA British Masters played at the 18-hole Splash Point Mini Golf course in Worthing, West Sussex on the 13th of April.

Next up will be the BMGA British Championships at the 18-hole Strokes Adventure Golf course in Margate, Kent which begins on the 10th of May.

This will be followed by the Bluewater Challenge Cup Pro-Am competition at the Pirate Cove Adventure Golf course at Bluewater Park on the 25th of June. The course will also be the venue for the BMGA British Matchplay Championship on the 6th of July.

In October the BMGA Tour will be back in Hastings for the Castle Golf World Crazy Golf Championships played on the 18-hole Arnold Palmer Crazy Golf course and teeing-off on the 25th of October.

The BMGA Tour returns to the Lost Island Encounter Adventure Golf at World of Golf in Sidcup for the Kent Open on the 9th of November, with the Kent Minigolf Club’s Invitational Tournament concluding on the 8th.

Rounding out the 2014 Miniature Golf season will be the BMGA British Club Championship held once again at the Basingstoke Golf Centre’s 9-hole Minigolf course in Hampshire.

There are also a number of Club ‘Open’ Minigolf competitions to be confirmed, along with the BMGA British Doubles Championship.

For more details of the British Minigolf Association and the BMGA Tour Calendar please visit the BMGA website.

You can also "Meet the characters from the professional world of crazy golf!" in this great video by the Pub Sport Portal.