See the Press Release announcing my arrival on the International Finger Jousting scene here.
Posted by Richard Gottfried at Thursday, December 21, 2006 No comments:

The Ham & Egger Files – An Introduction

Adventures in obscure and minority sports!

This blog will follow my participation in many obscure and minority sports with the aim of having as much fun as possible with the modicum of sporting ability I have! 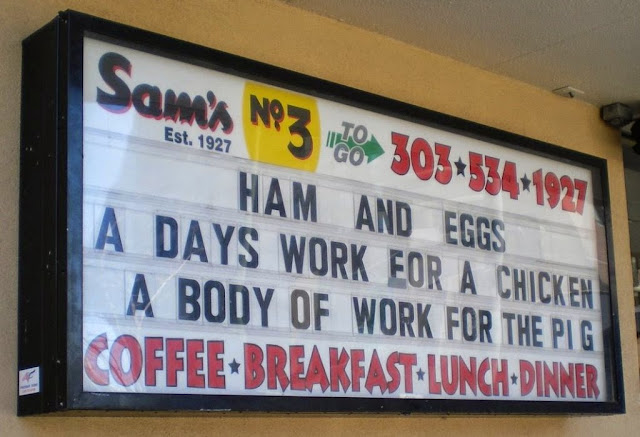 The term "ham and egger" has connotations ranging from that of "ordinary person" to that of "loser". The origin of the term stems from prize fighters whose modest skills wouldn’t let them win large purses. Therefore, the fighter or their manager (who received a percentage of purses won) were never able to afford to eat better than ham & eggs (no steaks!).


In boxing, it is synonymous to "palookas" - those boxers who would never be contenders; they were just around to serve as opponents and sparring partners for contenders on their way up. They didn't get big prizes like the winners, just enough to pay for their meals - their "ham and eggs". In Professional Wrestling the terms most often used are "Jobber" and "Jabroni" and are applied to those professional wrestlers who frequently and deliberately loses matches (Jobbers are also known as 'preliminary wrestlers', 'local competitors', 'curtain jerkers', or 'enhancement talent' due to their usage to enhance the stature of their opponent).

Some people proudly call themselves a "ham and egger," using it to mean an "ordinary person" or "nobody special." Other people use it as an insult: "He'll never amount to anything. He's just a ham and egger."

Another term for Ham & Eggers is 'Journeyman'. A journeyman is an athlete or professional sports player who is technically competent, but unable to excel, and whom is thus not well-regarded by commentators.

A true journeyman is someone who has heard all the nay-sayers, then headed toward their goal and, through determination, proved their worth and taken their prize.

The journeyman can be quite valuable in the team sports context. While it is almost always economically non-viable for even the richest teams in sports without salary caps to have a roster made up fully of superstar players, and would likely not happen even with economic viability because of the lack of attention some players would end up getting, journeymen often make up a large part of a team. This is especially true in the context of baseball, where journeymen often make up large parts of a team's pitching staff and contribute crucially to a team's success. Many Journeymen can be highly experienced, and often play a "utility" role to cover for injuries or tactical changes as required.

Whatever the name may be, 'Ham & Eggers' are passionate about their sport and will always give their all to be the best they can be.