The First Round draw of the 2009 BMGA British Matchplay Championships took place at the BMGA’s HQ in Kent this evening and I was drawn to play against Phil Exall of Tunbridge Wells.

In last years contest I was defeated by Phil's brother Andy Exall in a first round match played at Southend's Adventure Island Course on the 29th March 2008. I finished the inaugural BMGA British Matchplay Championships in 26th place of 29 players.

This year the tournament contains 32 players and I'll be looking to do a lot better than in 2008! 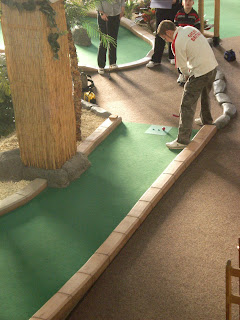 Ends
Posted by Richard Gottfried at Sunday, January 18, 2009 No comments:

The BMGA Tour rolled into Birmingham's Star City at the weekend to tee-off the new 2009 Minigolf Season and to hold the first ever BMGA Indoor Open Minigolf Tournament.

In the run up to the main event - the BMGA Star City Open - there were a number of warm-up competitons that I was competing in, including the EqPD Invitational and the Nayland Classic. 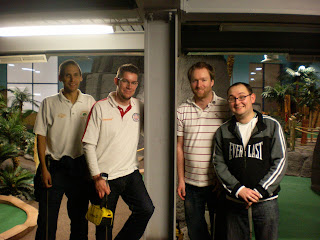 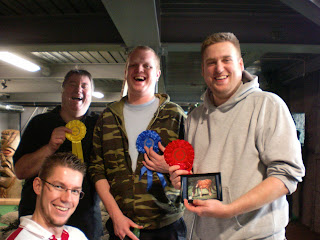 Posted by Richard Gottfried at Sunday, January 18, 2009 No comments: