A great meal at Brasserie Blanc in St Albans.

To celebrate the beginning of the festive season I booked a meal at Brasserie Blanc for a group of friends (who also happen to be fellow coeliacs).

Emily and I have dined there before and have eaten from the summer menu, so we were looking forward to seeing what the winter selection had to offer gluten free diners. We weren't disappointed.

There's a good choice on the gluten free menu (which is also marked with vegetarian and dairy free options) so we took our time picking while enjoying some wine. It makes a real change to have a good range of options, rather than having a 'choice' of one dish for starter, main and dessert (if you're lucky).

I had the salt beef salad to start, followed by the pork belly - it had great crackling - and the excellent chocolate souffle for dessert.


The meal was the third I've had at Brasserie Blanc in St Albans and I've thoroughly enjoyed each one. We're looking forward to returning in the New Year.

As a coeliac dining out gluten free can be fraught, but the staff at Brasserie Blanc are able to answer gluten/gluten free-related questions, or double check with the kitchen, which adds to the confidence that you are going to eat safely.

One thing that is missing, and something I mentioned to a barman there on a previous visit, is the lack of gluten free beer/ale/lager on the drinks menu.

My friend, fellow coeliac and blogger Gemma also had the Chocolate Souffle and we think our friend Cat had #souffleenvy after seeing how great it was!


I've had the lime salsa scoops before and they were very tasty. But nacho cheese tortilla chips are a flavour I've missed over the years as you can't always find gluten free packs available.

There is also a lightly salted flavour in the range. I didn't bother getting a packet of those as I've never been a big fan of less-flavoured tortillas.

In the St Albans M&S you can find the gluten free tortillas in amongst the other 'normal' crisps and snacks, whereas in the Ipswich branch the lime salsa tortillas are in the Made Without Wheat section.


While on a lunchbreak last week I popped along to the M&S in Angel, London and was pleased to see two new products in the Made Without Wheat range - a Quiche Lorraine and a Cheese & Onion Quiche.


Two years ago today me and John 'Big Al' Moore headed to Manchester to compete in the first, and to-date only, Chrizy Golf Masters minigolf tournament on a 9-hole Christmas-themed Crazy Golf course.


The course was the 313th course played on the Crazy World of Minigolf Tour.

Back in 2009 we also played a Christmas-themed course in Devonshire Square, London.

If you know of any Christmas-themed miniature golf courses out there do let me know through the comments below, or via Twitter.

Or Adventure Golf Alligators in Woking and Epsom.


On our recent visit to Surrey we played the new minigolf courses at Hoebridge Golf Centre in Woking and Horton Park Golf Club in Epsom and we saw a LOT of minigolf reptiles!


We've seen many crocs and gators on our Crazy World of Minigolf Tour, but never quite as many in one place as in and around the wilds of the Jungle Island Adventure Golf at Horton Park Golf Club. 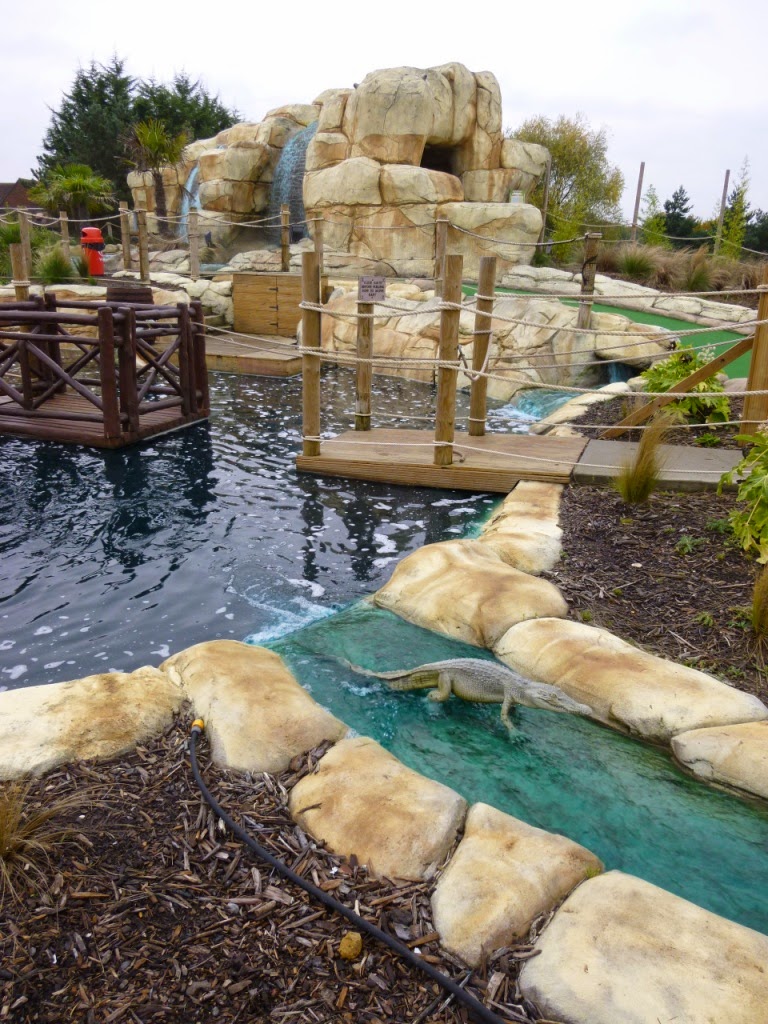 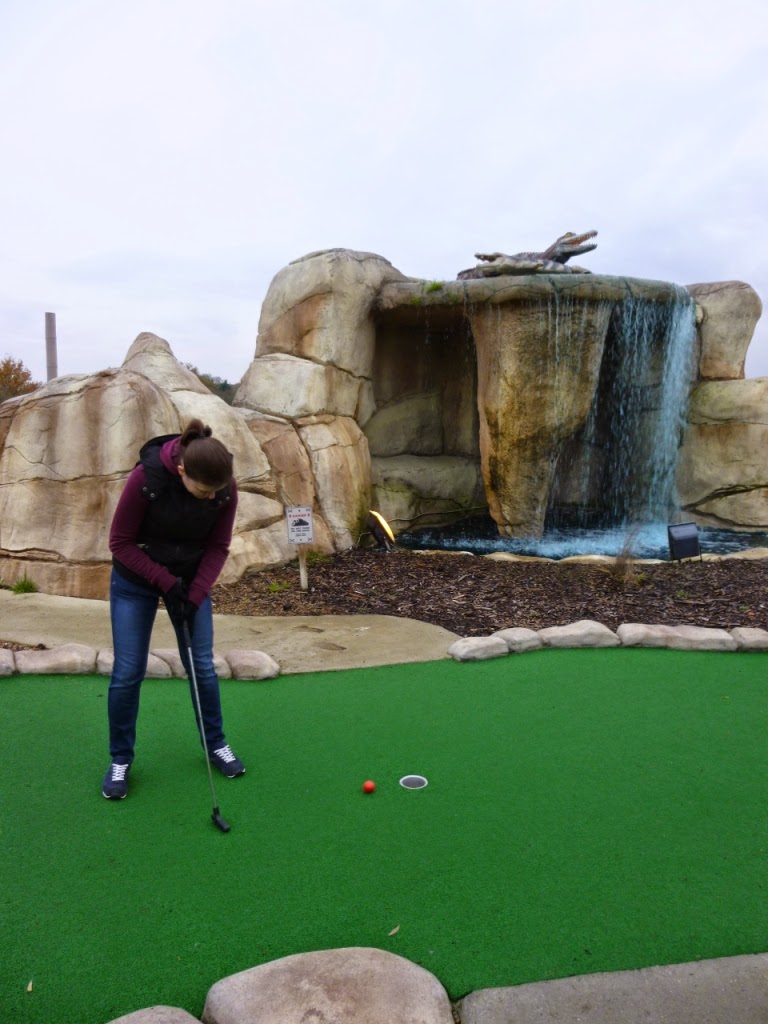 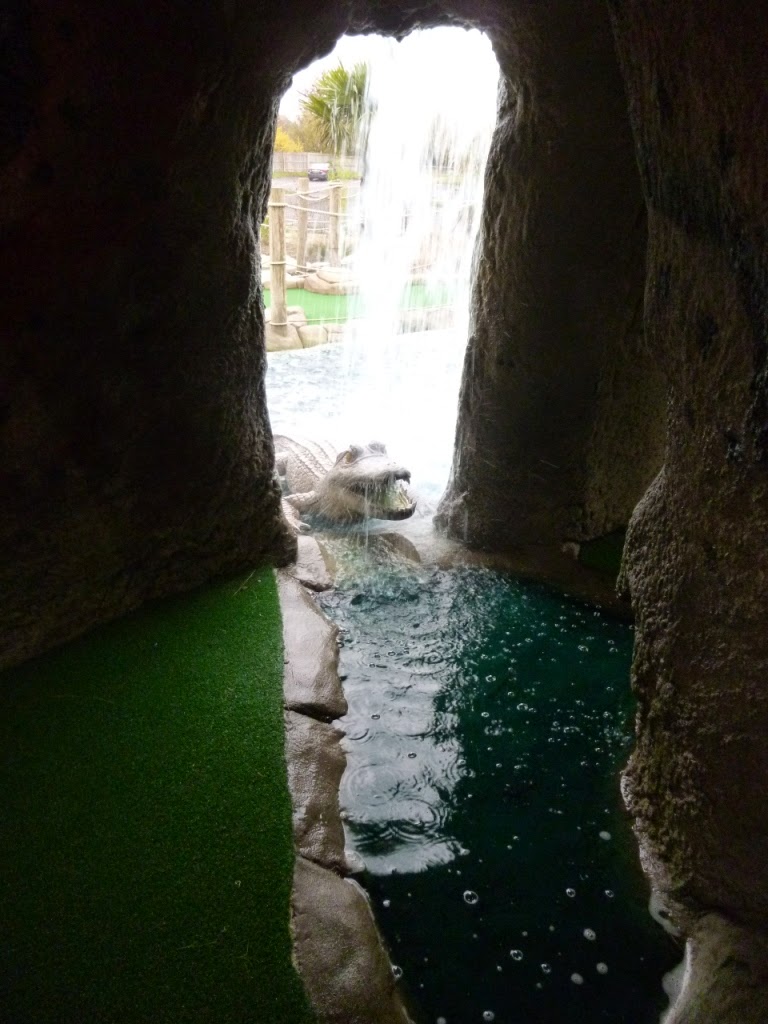 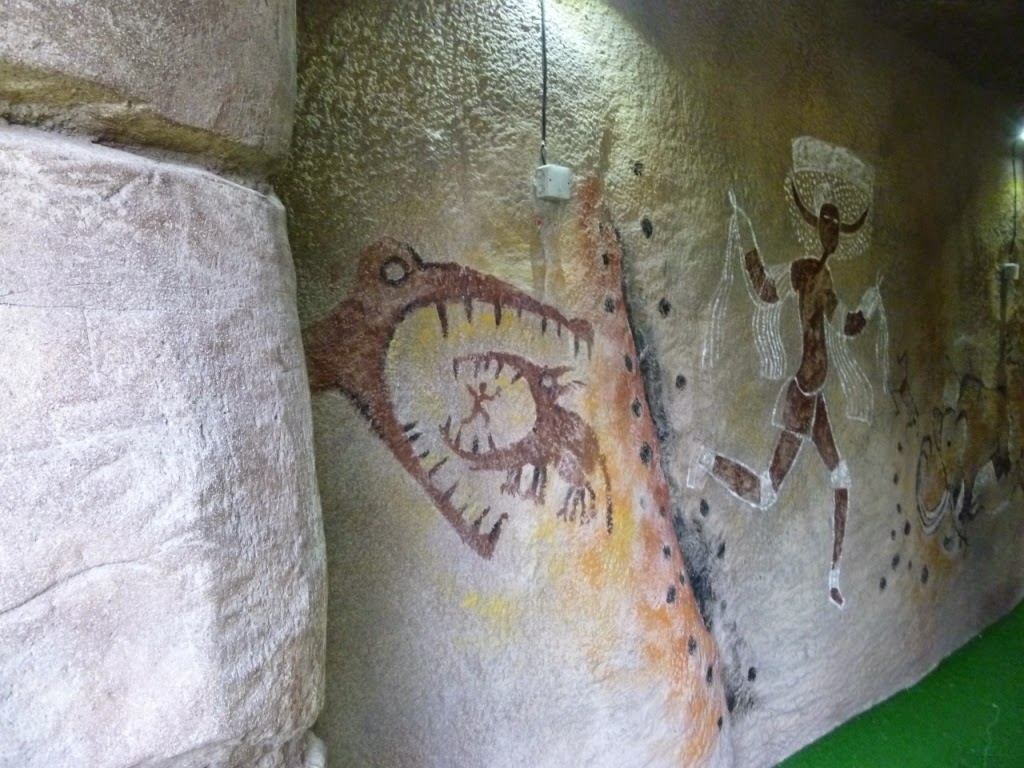 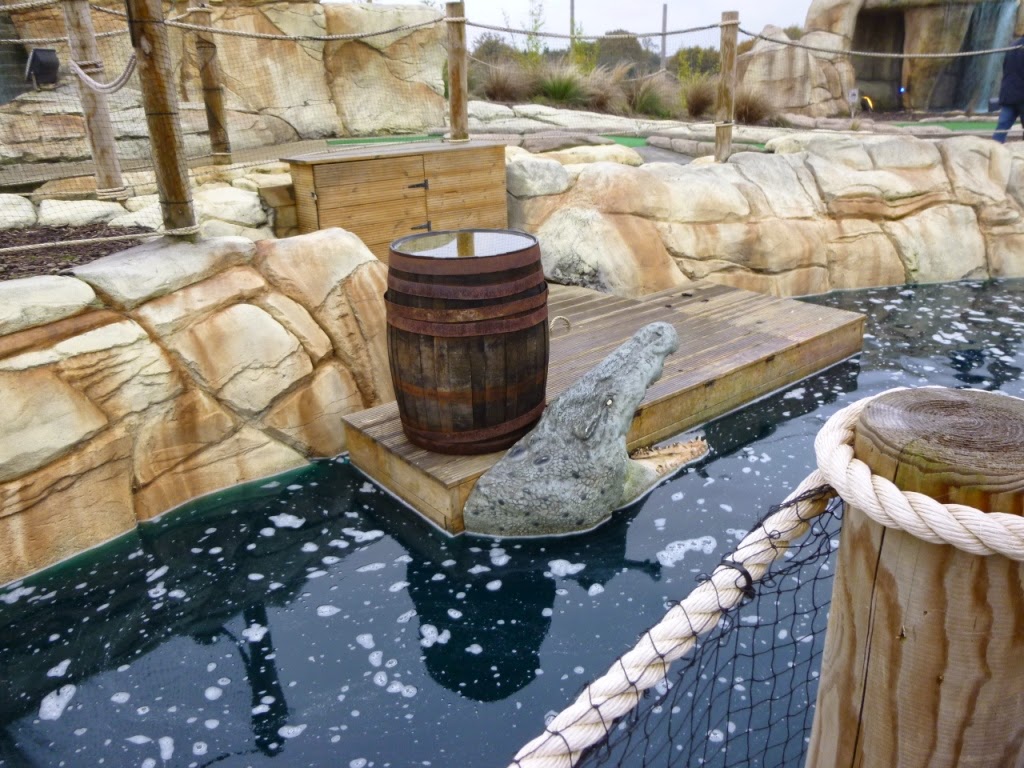 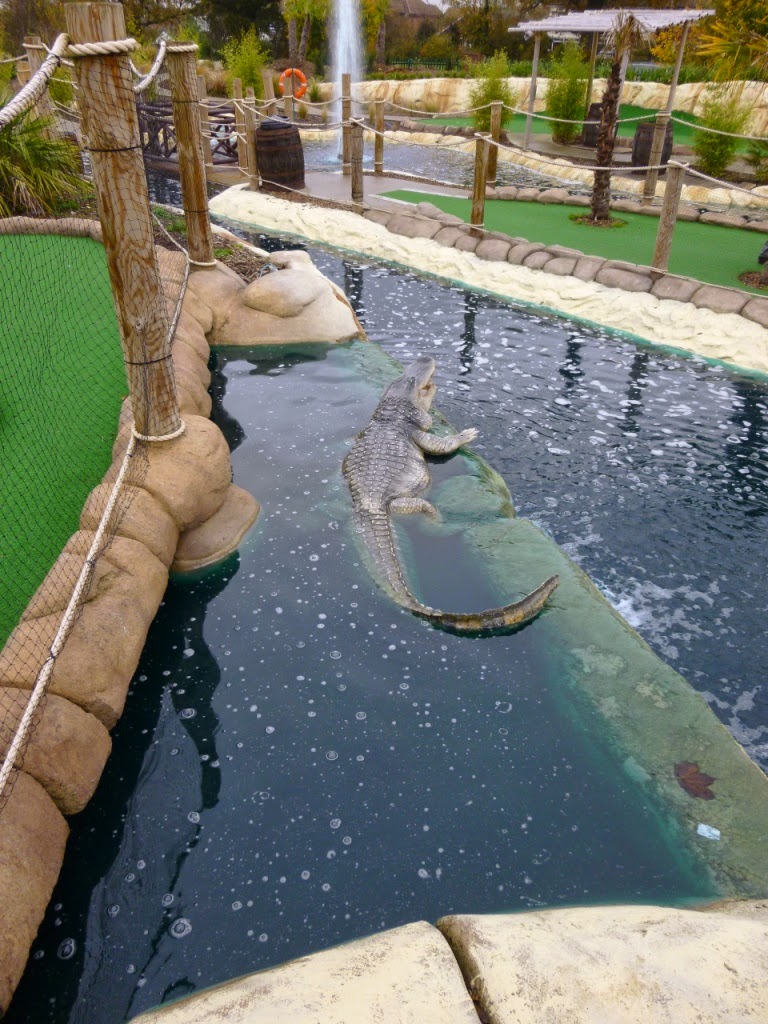 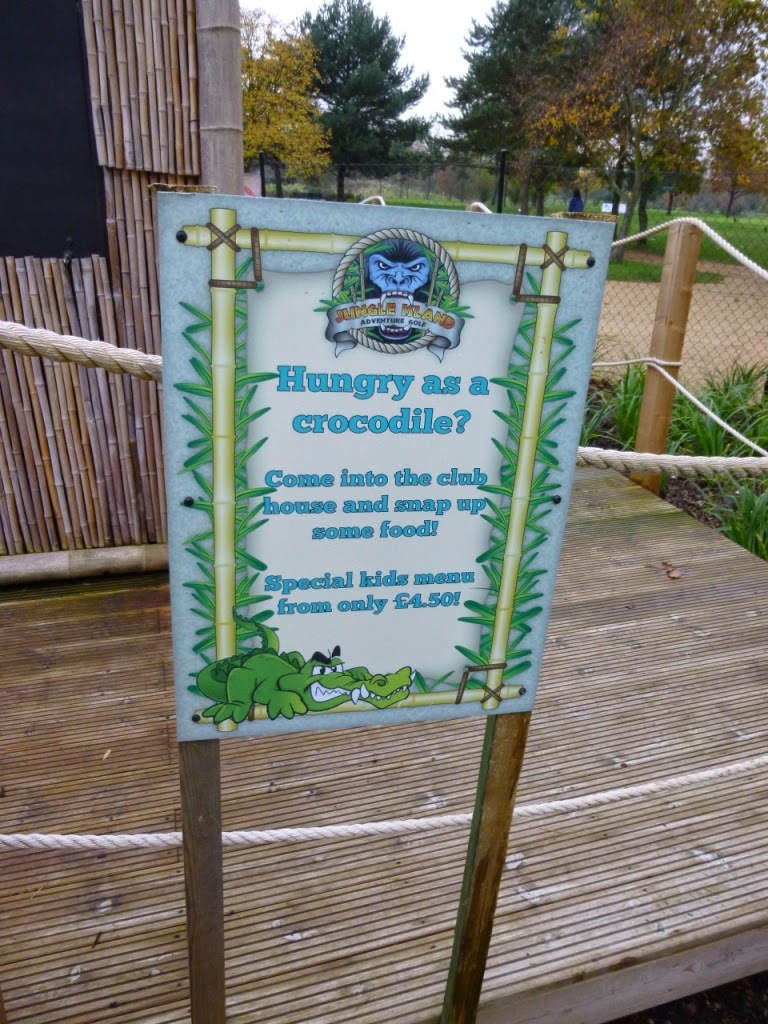 Not getting lost in a Christmas Tree Maze in London.

While having a day out in London Emily and I had a wander along the Southbank and spotted a Christmas Tree Maze!


Unfortunately when we went to the Box Office to buy a ticket (£4 each) we were told that the maze was being resurfaced and wouldn't be open again for a few hours. A bit of a shame.


Instead we went for a drinking chocolate and bought an excellent prize from the Christmas Market for our upcoming Christmas 'Do' at The Freemason's Arms in Hampstead.

Emily's going to another festive 'do' soon at the Vauxhall Pleasure Gardens, which is also home to a Christmas Tree Maze.

Come Home at Once postcard book by Guy Atkins

A new book about Edwardian postcards by Guy Atkins.

Postcard collector, writer and blogger Guy Atkins has a book out and it's well worth a look.


Published by Bantam Press the book, 'Come Home at Once', has a lot of great Edwardian postcards (showing both the fronts and the messages on the back) from Guy's collection that he has built up over the last decade.

You can buy the very nice hardback book in the shops and online. More info on how and where to order can be found on Guy's excellent Postcardese blog.


I've been corresponding with Guy for the last couple of years - mostly by Twitter and Postcard - and he recently wrote a piece in his regular column in Stamp and Coin Mart about my minigolfing and postcard hobbies and how I've combined the two.

A #GetUpandGo experience at the Travelodge in Hastings


On our travels around the UK on our Crazy World of Minigolf Tour Emily and I often stay in Travelodge hotels, and on our many trips to compete in Mini, Crazy and Adventure Golf tournaments in the mecca of minigolf - Hastings, East Sussex - we'll often be found checking in at the Travelodge on Bohemia Road.


The hotel is in a good spot, has nice clean rooms, parking and great customer service. It all helps to make a stay there pleasant and with the introduction of new and very comfortable beds we're ready to #GetUpandGo in the many individual and team tournaments we play in at the seaside resort.


On my latest trip to the town I finished 11th of 26 players in the two-round, 36-hole Planet Hastings Crazy Golf Club Open competition played on the 18-hole Adventure Golf course on the seafront.


I look forward to more stays at Travelodge hotels in the future.

On a recent trip to the seaside town of Hastings I spotted a great typo caveat/warning/disclaimer on a menu in a restaurant.

I'm guessing the word 'FREE' was meant to appear between the words 'GLUTEN' and 'DESSERTS'!

The variation on the classic format of the sport saw competitors use 60 pence worth of two penny pence pieces to win as much tat from the buttons at the amusement arcade next door and a few from the Old Town Amusements.


The first shootout took place on the evening of Saturday 22 November and five of the finest exponents of the endurance game took on the challenge to see how much they could win with just thirty bronzes.

The gold medal went to Will Donnelly who scored an amazing four pieces of Tat with his stake.

Shootout two in the short form of the game saw Seth, Richard and Big Al return and were joined by Huntingdonshire's newest son and avid tatter Steve Lovell. Local competitor John 'Big Top Ted' McIver was unfortunate as he missed the start of the contest, as well as the end, as he was waylaid en route to the arena by his need to buy some chips.

With a bit apiece Steve and Seth picked up the win. The other competitors blanked. But at least Ted got some chips.

Following both contests the players continued to amass quite a haul of prize goodies, including an awful lot of minions and 'lego'.

Chicken and beer - a great combination.

Emily's a great cook and makes some delicious gluten free treats - both sweet and savoury. We've blogged about some of them here on The Ham & Egger Files and also posted photos and details on her Twitter feed.

The latest creation Emily has perfected is oven baked cornflake chicken (think kind of southern fried, but healthier if you will).


Since my diagnosis with Coeliac Disease in 2008 I've tried a fair few of the gluten free beers available and Estrella Damm Daura is one of my favourites.

While recently shopping for a gluten free Chocolate Yule Log in Tesco's Free From section I noticed that Estrella Damm Daura were included in a 3 for 2 offer and so twelve bottles of the great gluten free beer were £12 - a great buy for a savvy coeliac like me. 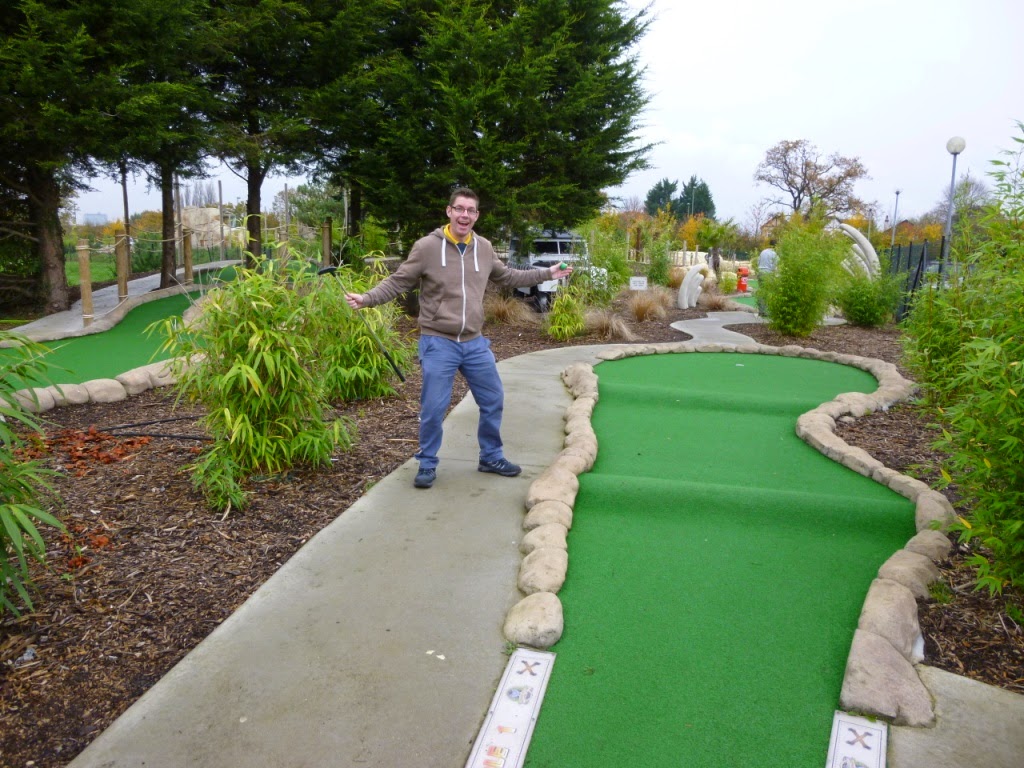 On Sunday 16 November 2014 Emily and I headed to Surrey to compete in the inaugural Surrey Invitational Minigolf Tournament against our friends and fellow competition players Matt 'The Don' Dodd, Helen 'Hells Bells' Dodd and Oliver 'The Machine' Florence in a two-round, two-course contest. 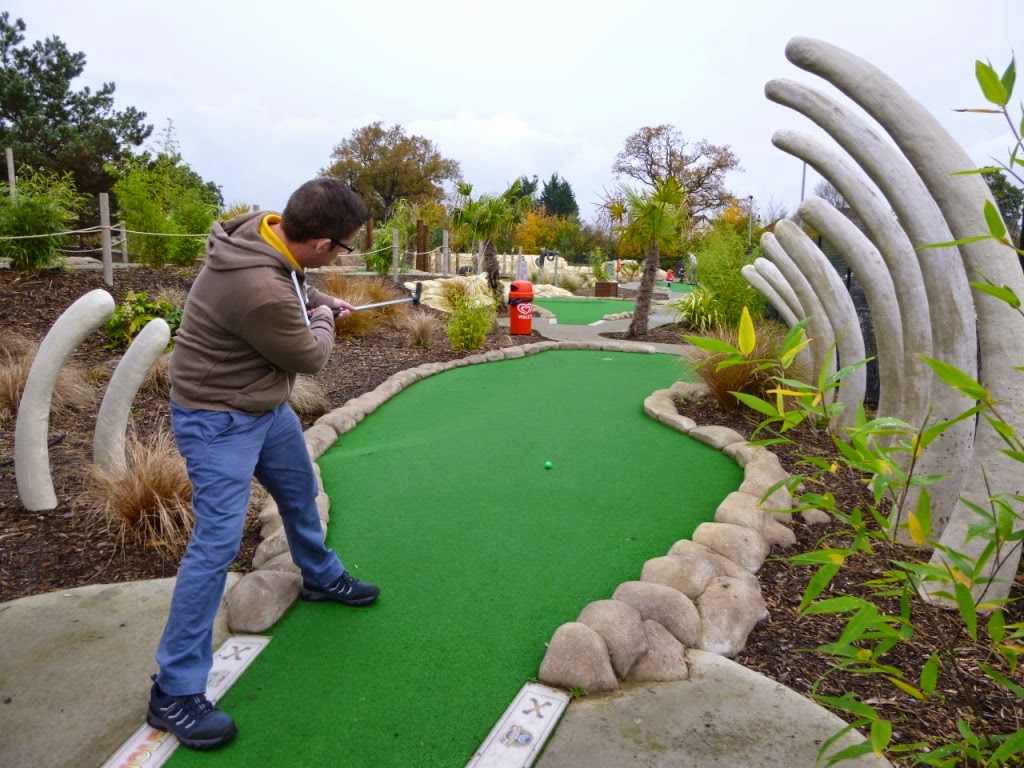 The second course we played was the 18-hole Jungle Island Adventure Golf course at Horton Park Golf Club in Epsom. 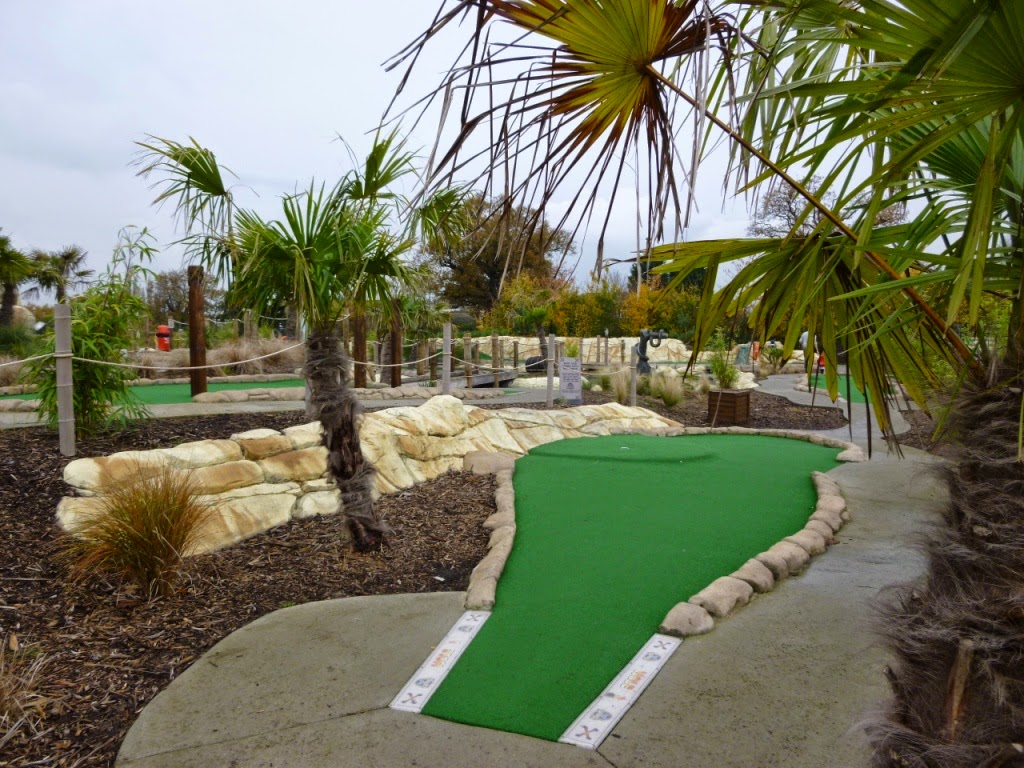 The course was the 353rd played and 587th course visited on our Crazy World of Minigolf Tour since September 2006. 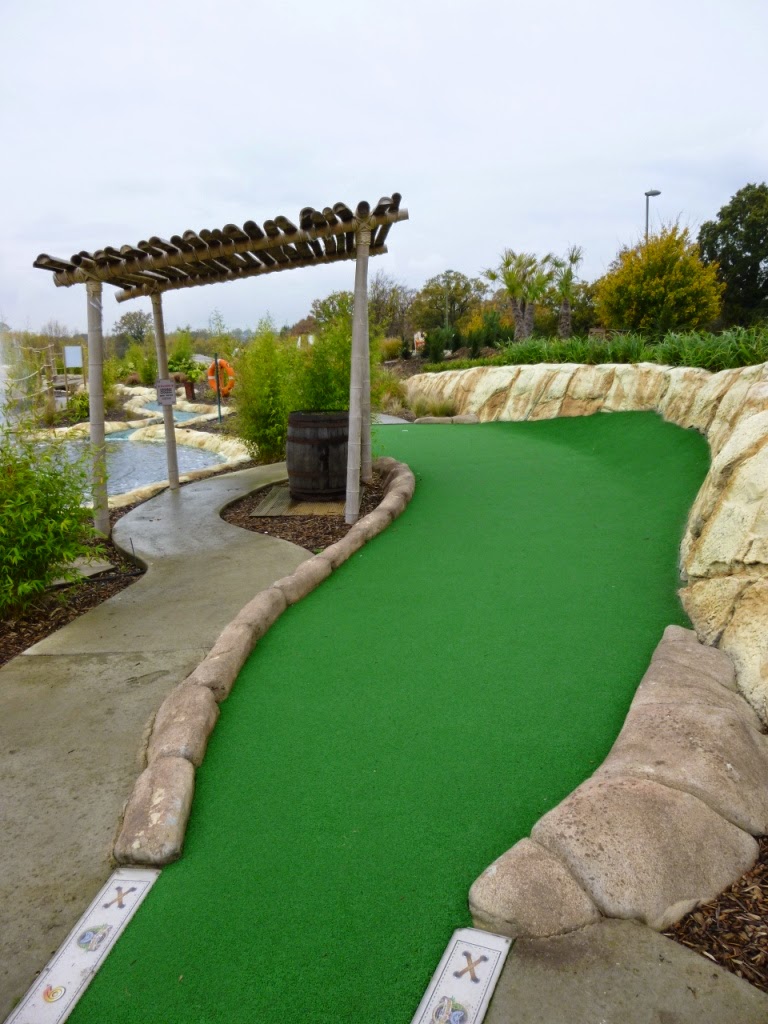 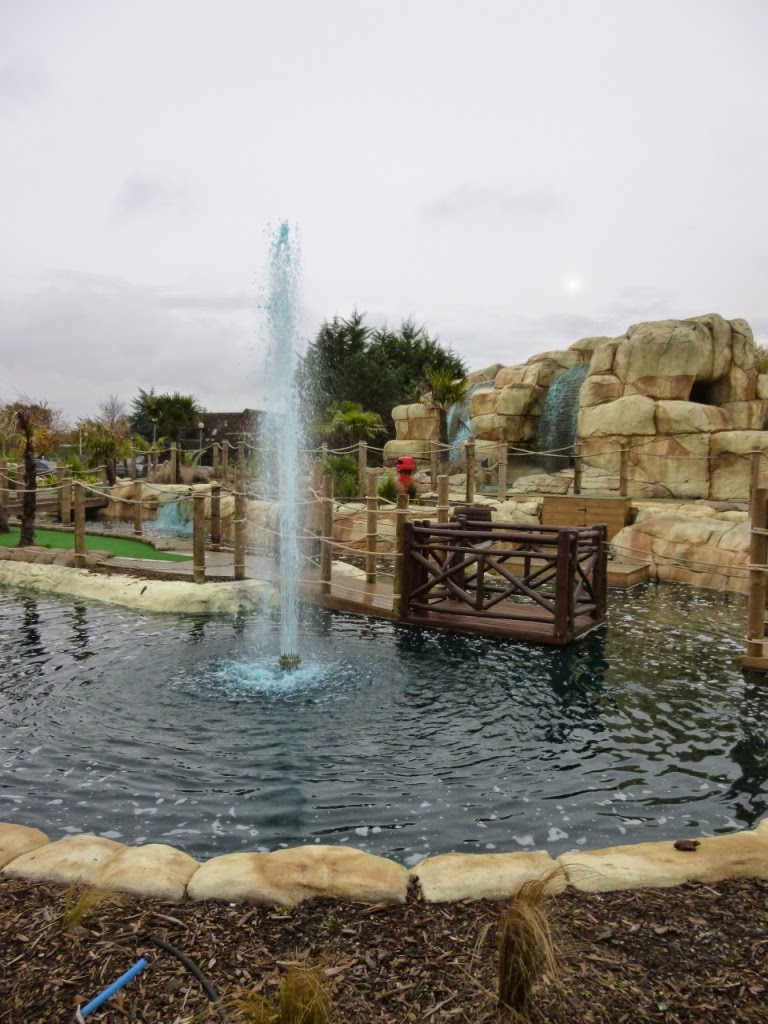 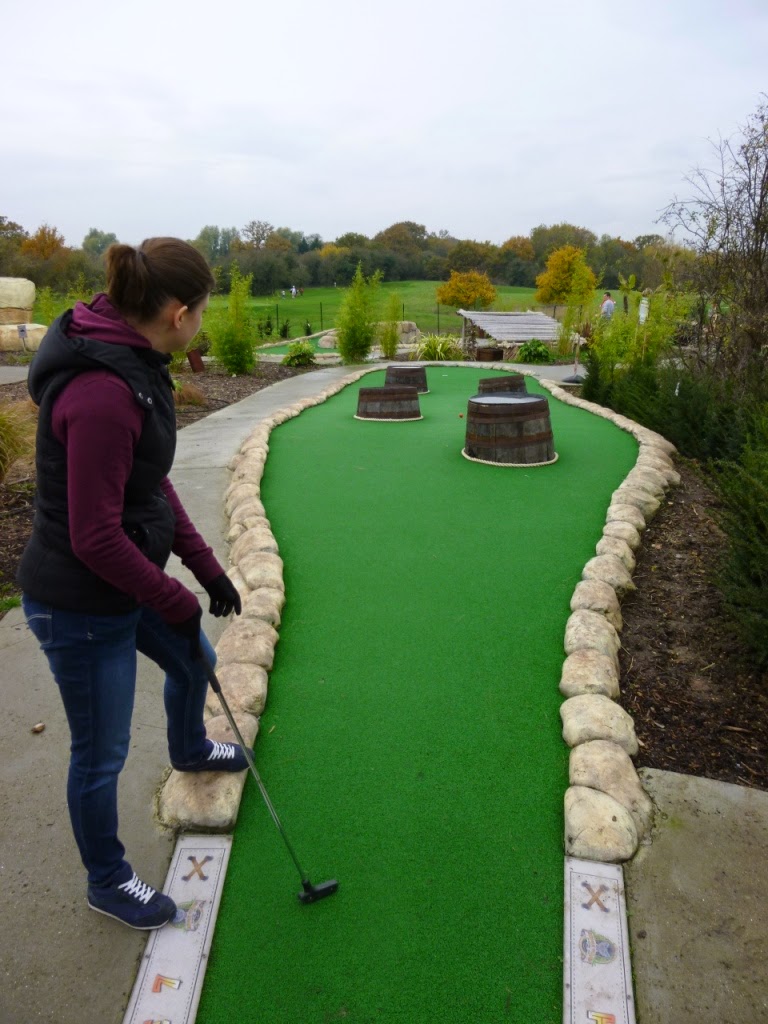 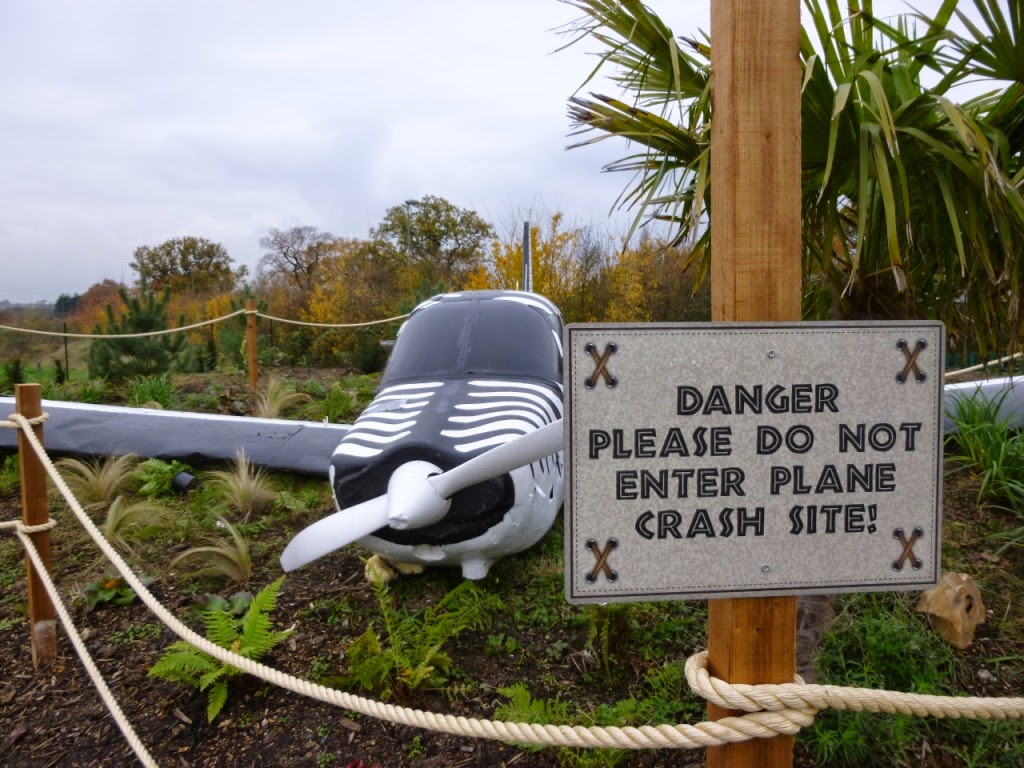 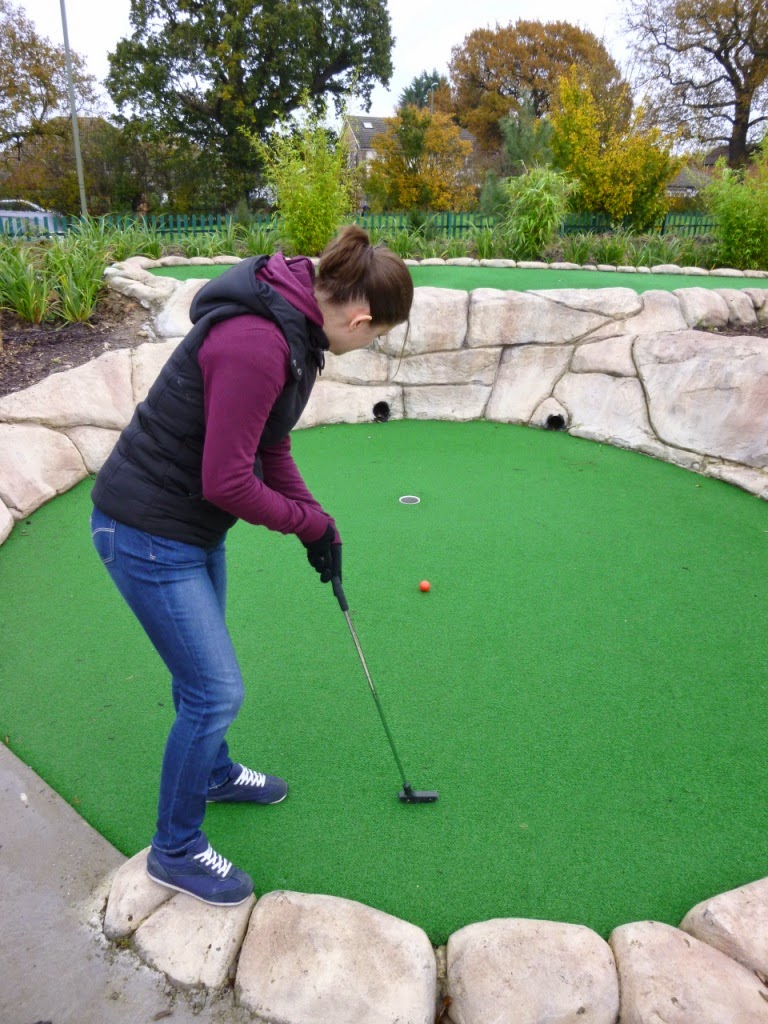 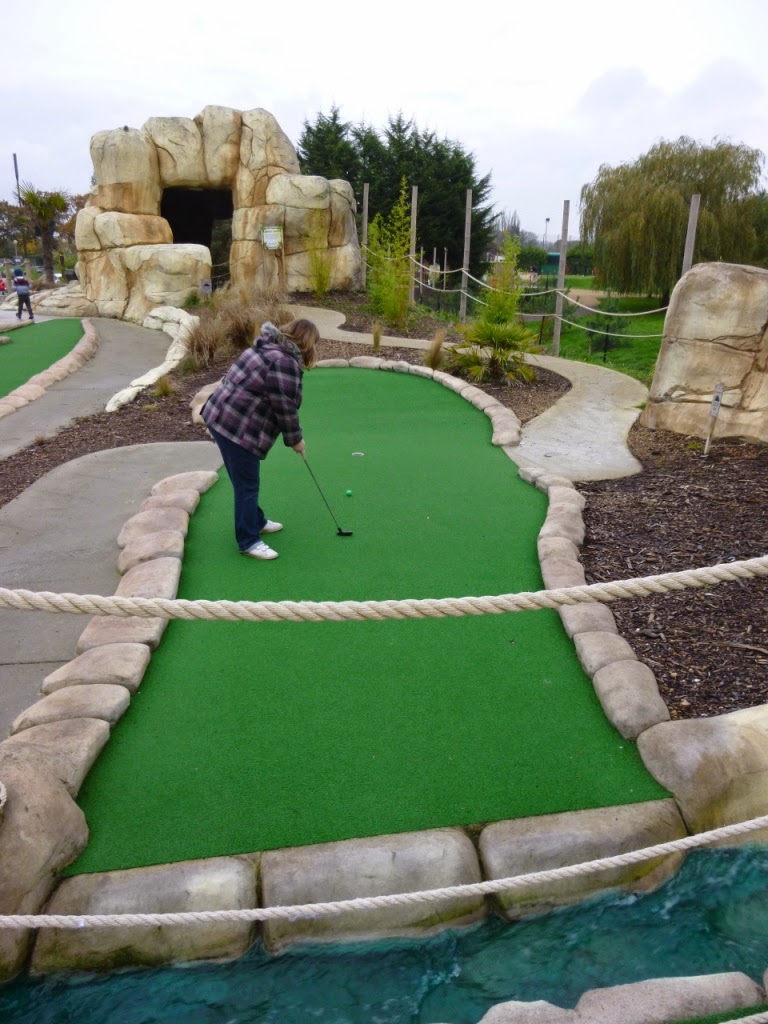 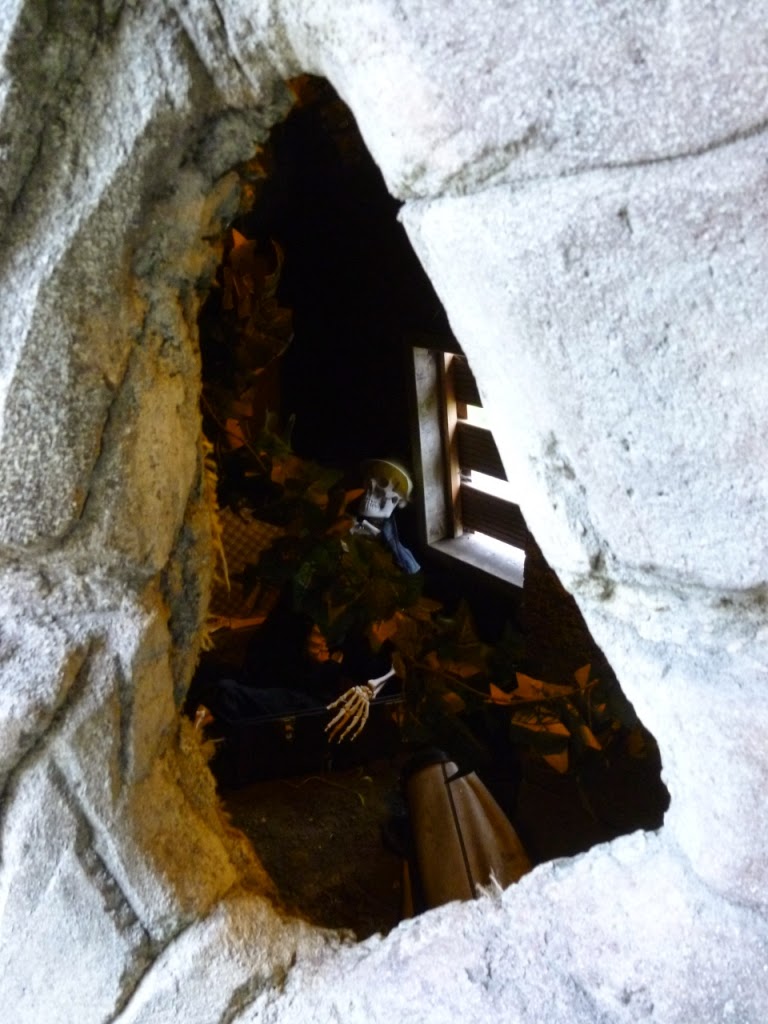 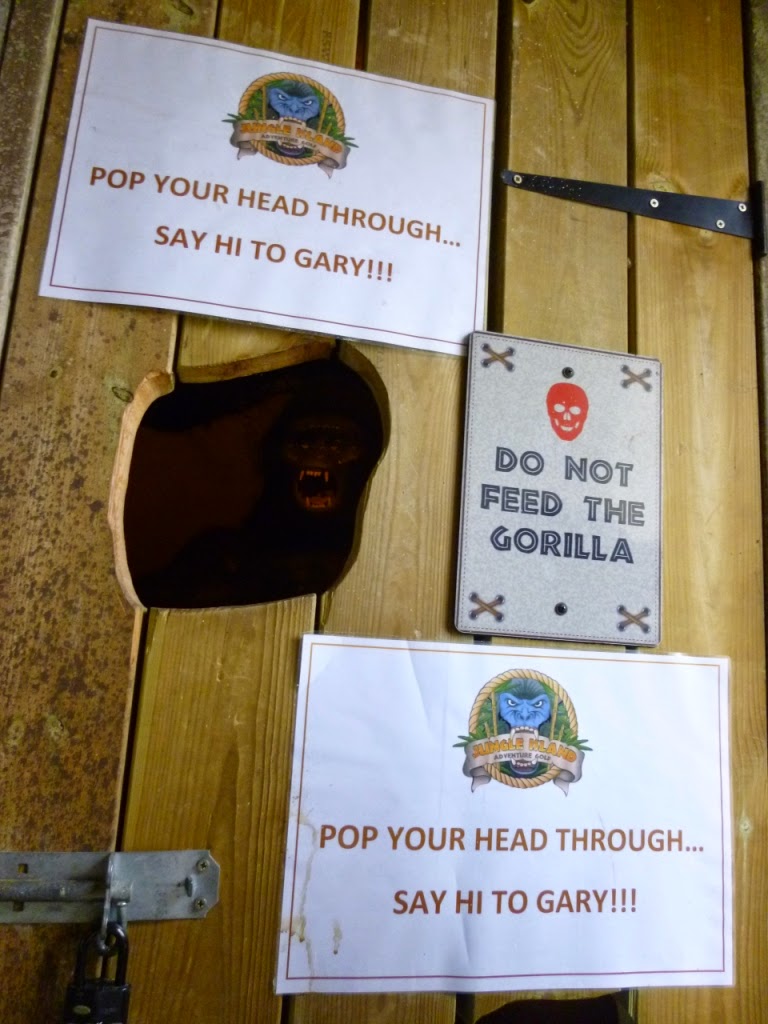 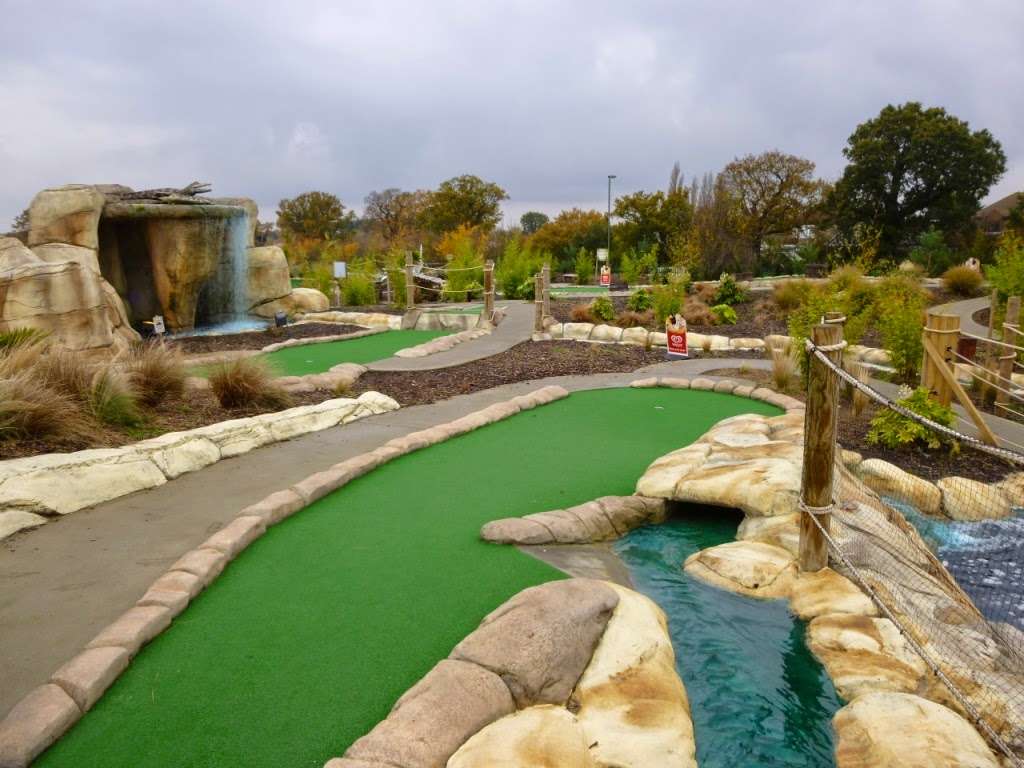 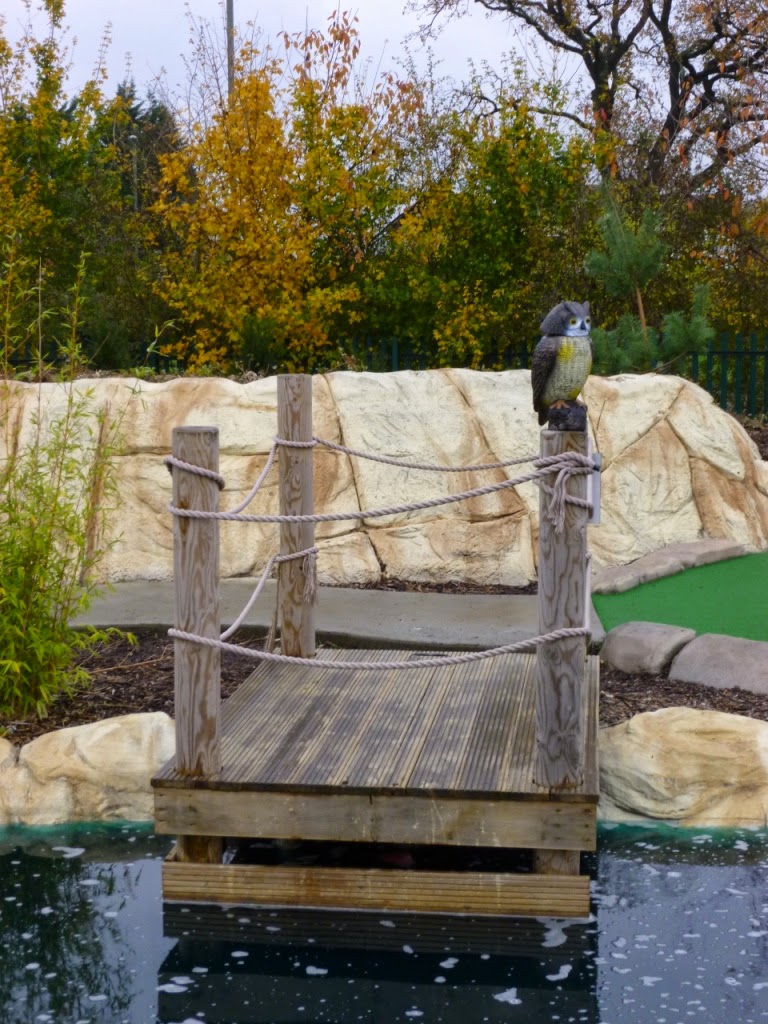 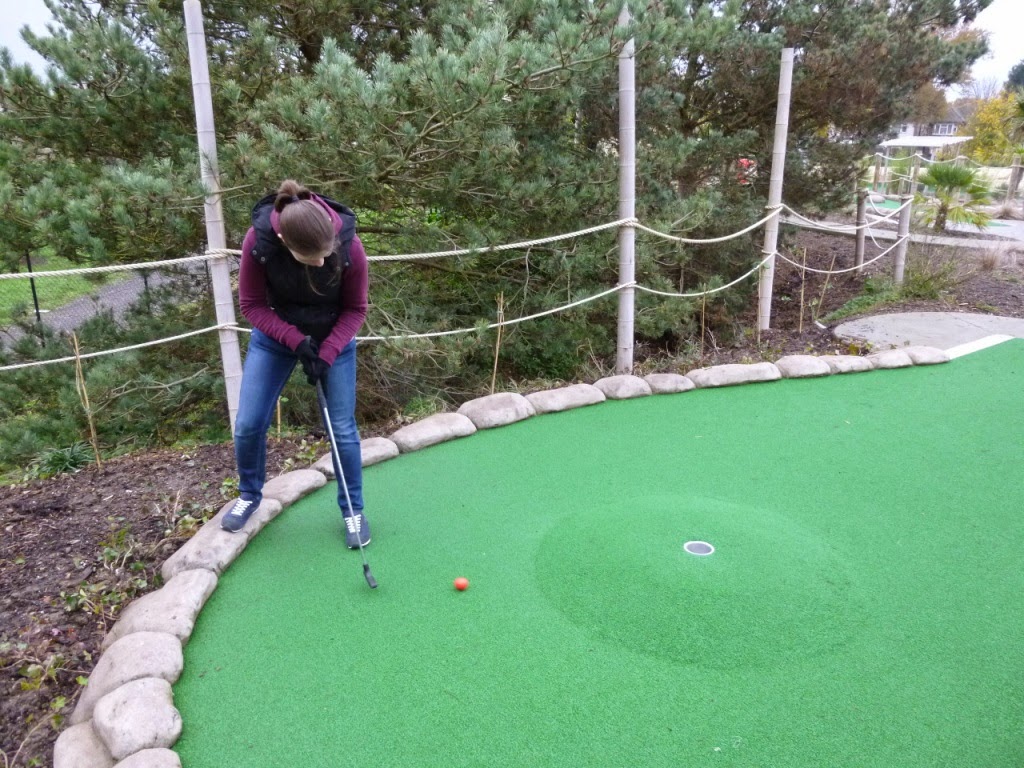 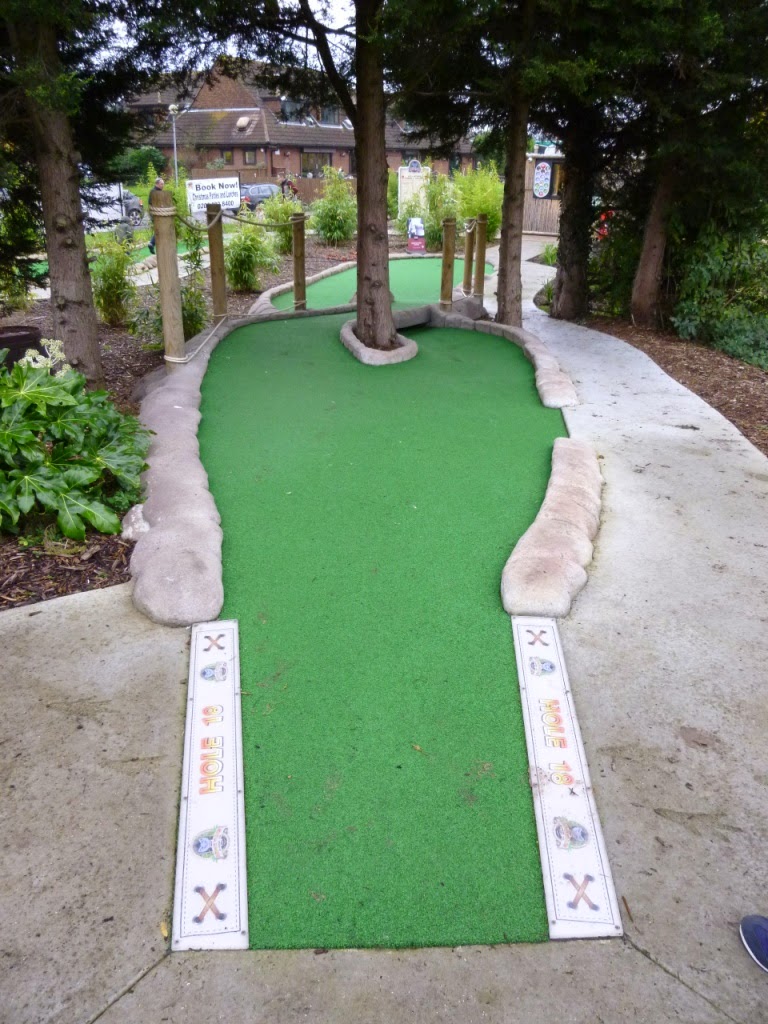 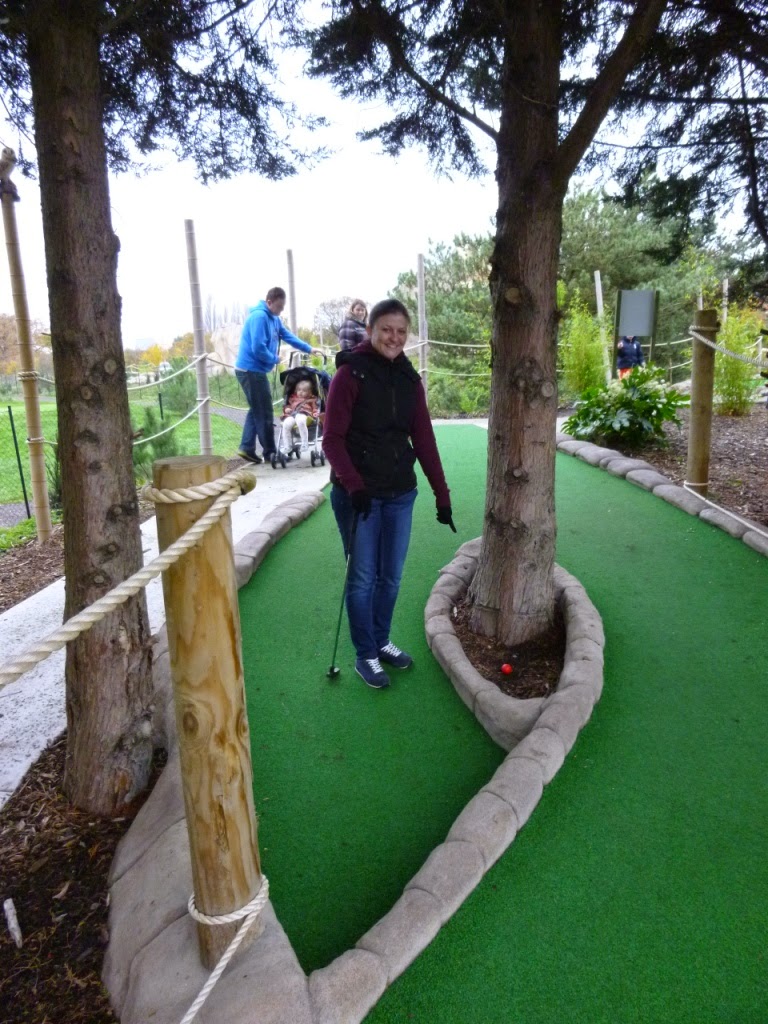 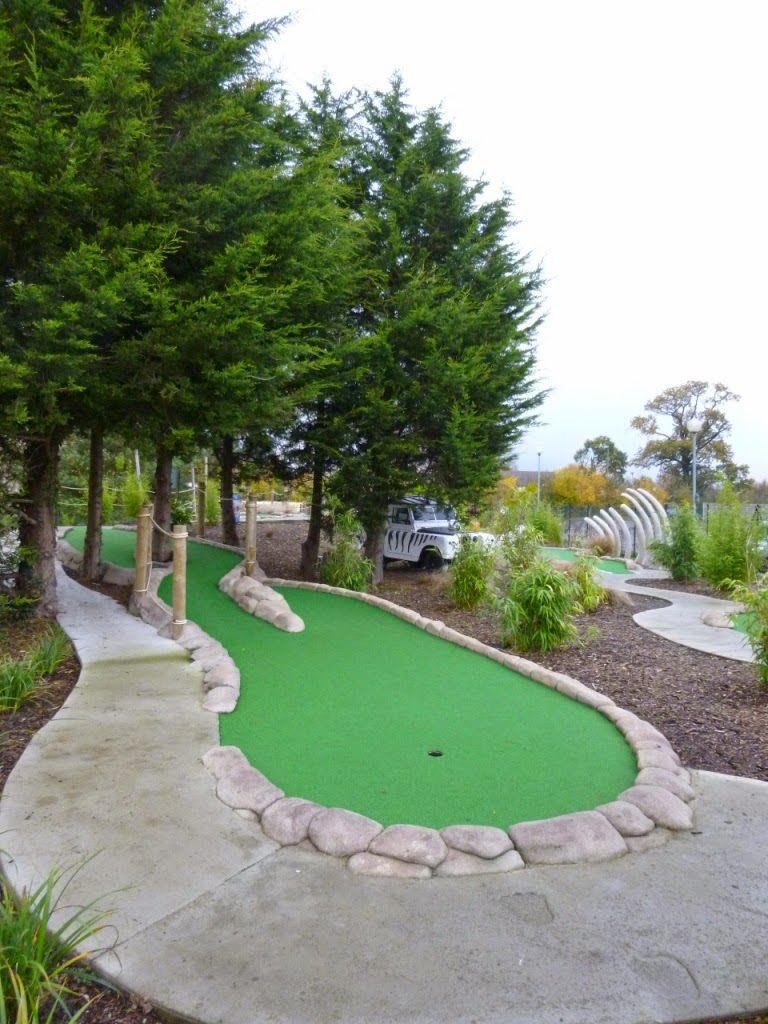 A round of minigolf at the course costs £9.25 for adults and £7.25 for children. The course is open seven days a week and is open from 9am.

There's currently a limited offer to buy an annual pass to play the Jungle Island Adventure Golf that looks like a good deal.