On Saturday 7th May 2011 we headed to Felixstowe in Suffolk for a nice day out beside the sea, and to replay the two Minigolf courses there.

First up was the 9-hole Fantasia Golf 'Adventure Golf' course. The course was the 7th course we ever played on the Crazy World of Minigolf Tour! 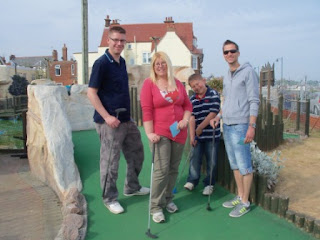 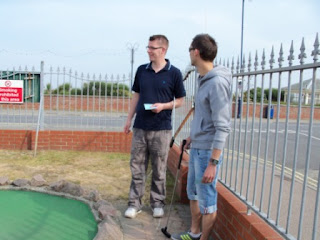 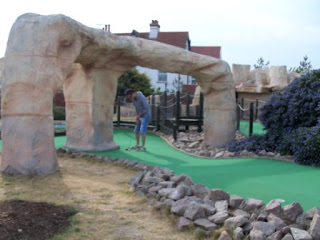 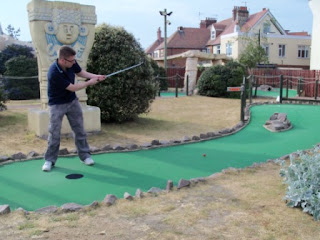 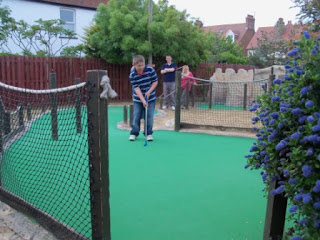 An excellent little 9-hole course with some tricky holes. Well worth a visit if you're in the area.
Posted by Richard Gottfried at Monday, May 09, 2011