On Wednesday 4th April 2011 we headed to Warwick for a revisit of the brilliant 18-hole Adventure Golf Course at St Nicholas Park.

We originally played the course in July 2007 when we visited to play in the BMGA English Open minigolf tournament. At that point it became the 27th course played on our Crazy World of Minigolf Tour.

Below there are photos of the course as it is now, following an updating of the borders/edges since we last visited in 2008.

The 18-hole UrbanCrazy designed Adventure Miniature Golf course is a very testing one, and is very good fun to play. 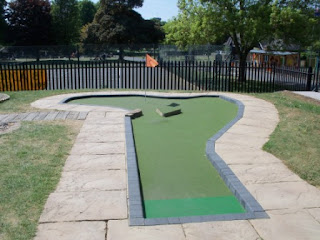 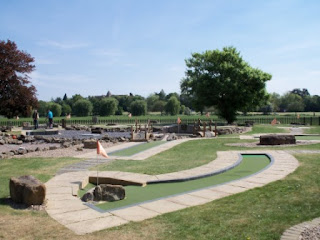 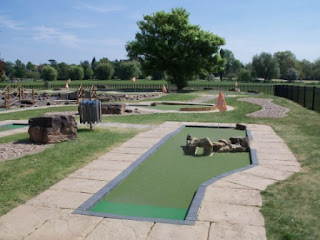 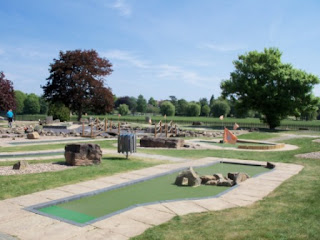 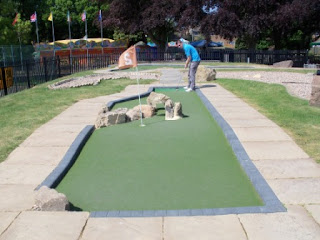 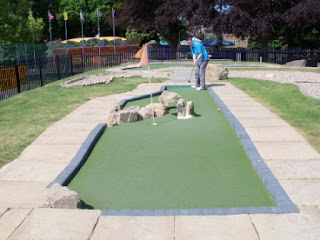 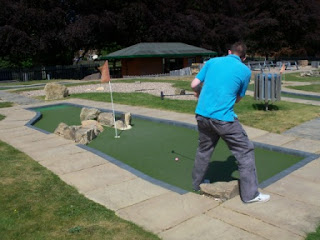 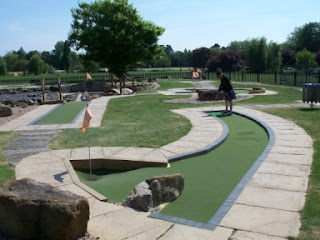 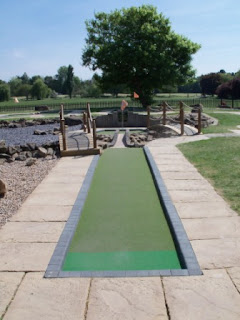 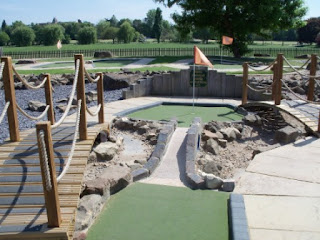 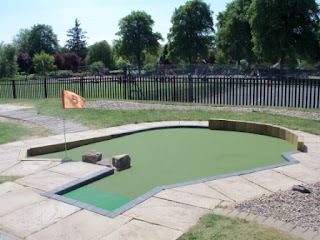 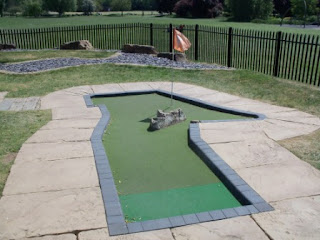 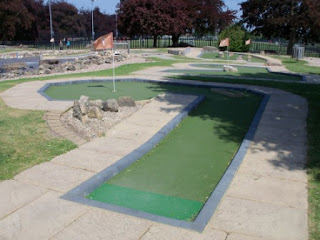 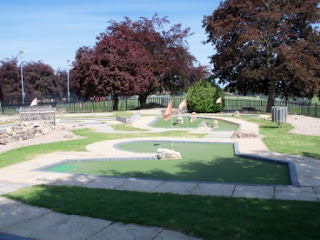 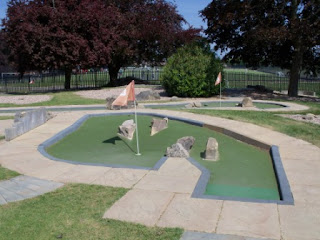 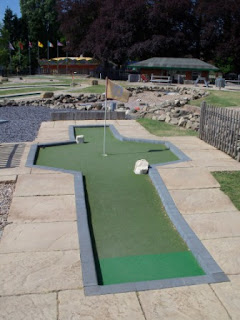 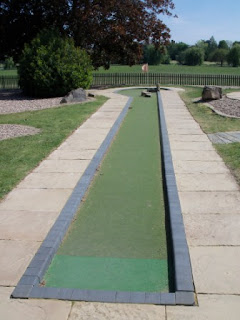 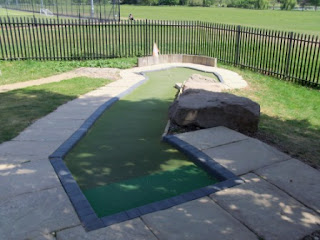 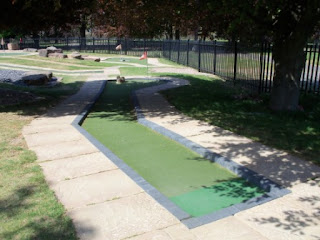 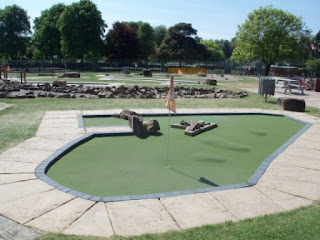 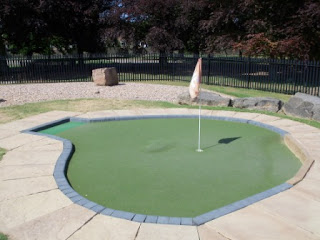 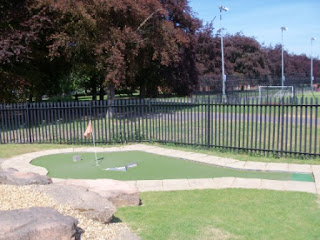 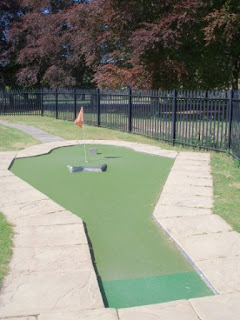 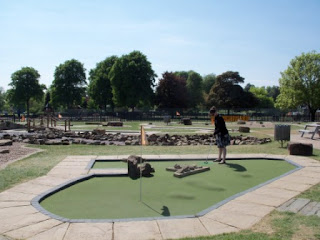 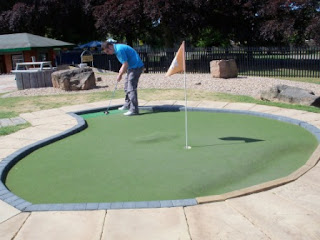 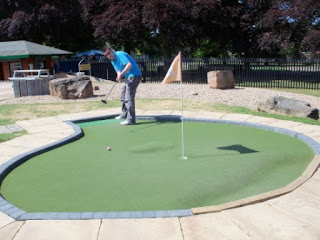 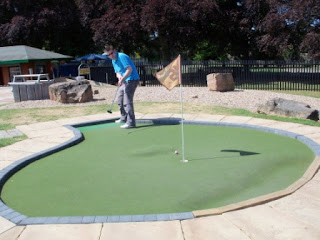 In our Irregular Mini Golf Tour Match-up at the St Nicholas Park Minigolf Course it was a tie, with Emily and I both scoring 46(+10)!
Posted by Richard Gottfried at Friday, May 06, 2011