On Thursday 12th May 2011 a Minigolf Doubles Match took place at the Hastings Seafront Arnold Palmer Crazy Golf course pitting the team of 'Squire' Richard Gottfried & Richard 'Gentle Touch' Skeggs (aka The Richards) against the mighty combination of Oliver 'The Machine' Florence & Emily 'Coach' Gottfried (aka The *****).

In the 18-hole Strokeplay Contest 'The Machine' & 'Coach' won with a score of 86, compared to the Gottfried/Skeggs Combo's score of 99. 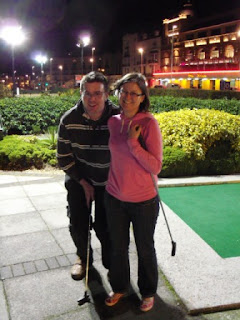 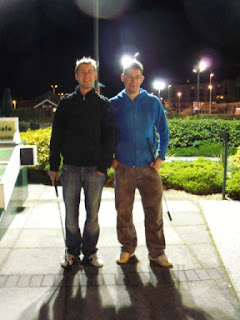 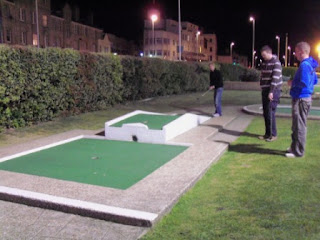 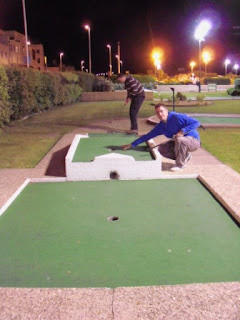 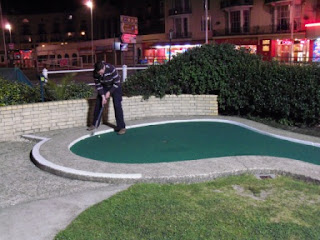 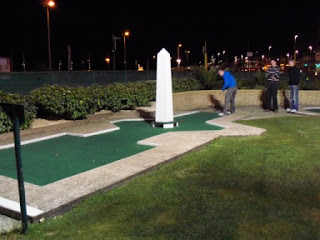 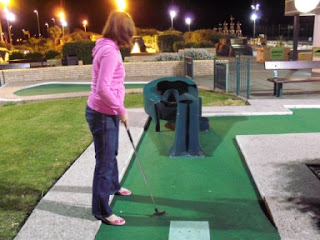 In the individual scores Emily won the Irregular Mini Golf Tour contest with a 41, Richard G was runner-up on 43, Oliver was third with 45, while Richard 'Michael Skaggs' Skeggs was a long way off on 56!
Posted by Richard Gottfried at Sunday, May 15, 2011

A worthy win by Me & Ollie, the Richards were bad... Another atrocious photo, thanks Squire.

I'm worried that by using *****s Richard might be calling us something far worse than what we were called on the night.