The second seaside visited on Sunday 15th May 2011 was Eastbourne, and the first Minigolf course we headed to was at Princes Park. We'd heard there was a 9-hole Putting course there, but we found an 18-hole course that was more 'Pitch & Putt' than Putting! It became the 221st course played on the Crazy World of Minigolf Tour, and the first where me and Emily teamed up for a round - with me 'Pitching' and Emily 'Putting'!

The course had recently re-opened and we were some of the first players to give it a go this season. It's a quite testing set-up and could do with having more than three flags on the course!

It's worth giving a go if you're a fan of Pitch & Putt. 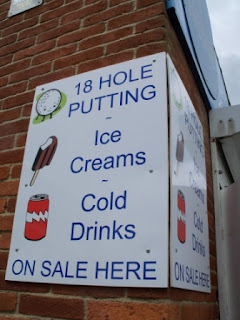 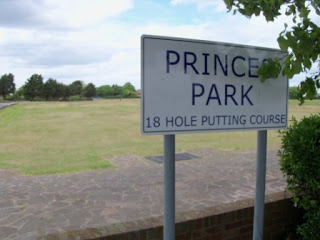 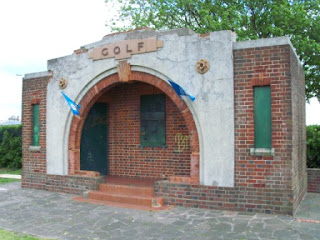 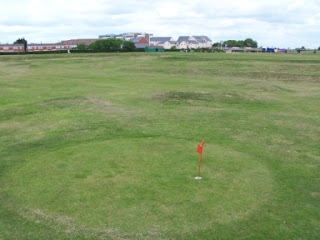 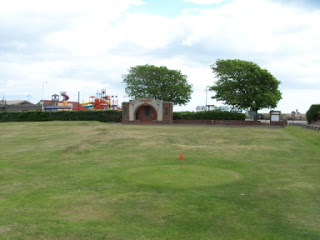 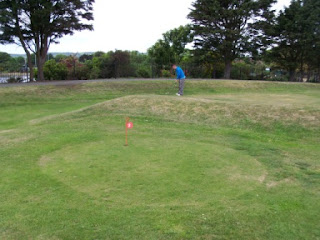 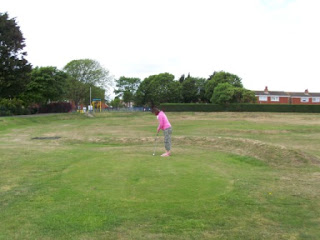 The next course we played on our tour was over the road at the Fort Fun Adventure Golf.

I saw this strange course from close-up yet didn't play it - still has only three flags !! Just one 'old boy' playing speaks for itself ...

I remember we couldn't play one of the holes as some 'youngsters' were having a BBQ on the green!

I would have just continued playing. Pitch the ball and then yell "duck!". They'd have no choice but to move quickly or get hit.
As a young man myself, it annoys me when other youngsters give the rest a bad name by doing stupid things.