After playing the Putting course in Princes Park, Eastbourne we headed over the road to play the 18-hole Adventure Golf course at Fort Fun!

The course became the 222nd course played on our Crazy World of Minigolf Tour. 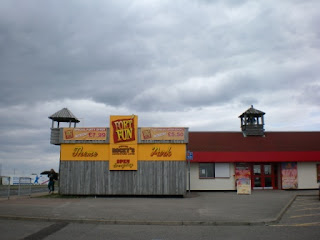 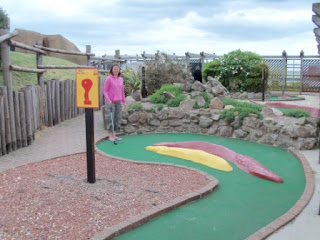 It's not the best example of an Adventure Golf course, but we had a fun and competitive Irregular Mini Golf Tour round, with me coming out the winner by five shots. 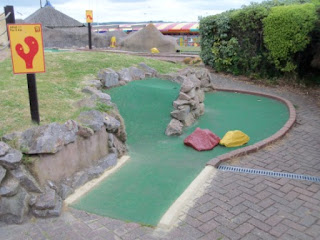 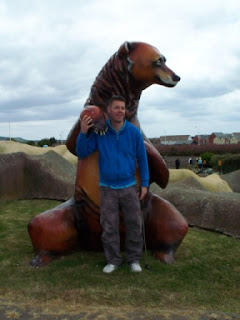 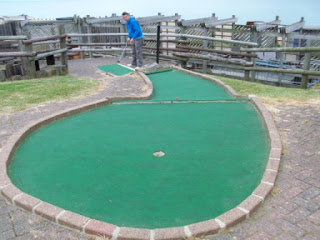 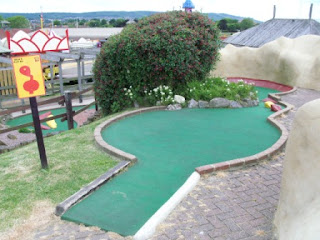 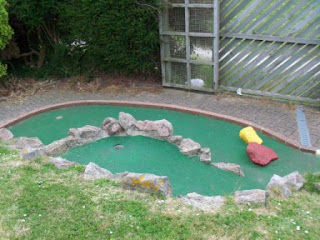 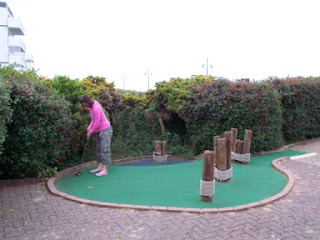 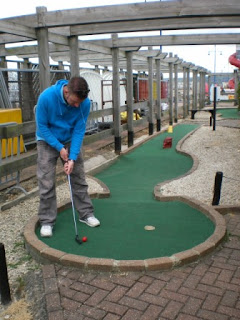 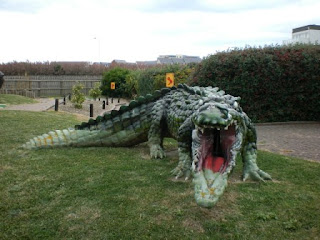 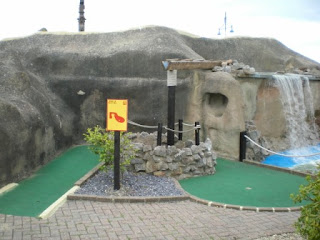 Some of the theming is good - especially the Crocodile/Alligator!

Interestingly, and happily for me, I also managed to win a free game on the Top Hole! This was the first I have won since the 150th course played in Southport in September 2009!!! It's also only the third free game I've won in all the courses I've played!? The first was won at the very first course visit in September 2006 in Portsmouth!

Related blog posts:
- Crazy World of Minigolf Tour
- Eastbourne
- Fake Crocodiles! Or are they Alligators?
Posted by Richard Gottfried at Wednesday, May 18, 2011

No sign of this course now - my three-yr-old son enjoyed the soft play-area in the red building during grey skies outside. Seems as though this has closed and the Treasure Island down the road restyled in its place.

What a shame if this course has gone. I enjoyed winning the free game on the last hole - one of very few I've managed on my travels!

The BIG Croc/Alligator was good too.