The first of the many minigolf and crazy golf courses we were lucky enough to visit and play in Skegness, Lincolnshire on the 20th May 2011 was at the North Shore Holiday Centre.

The Miniature Golf course became the 233rd played on our Crazy World of Minigolf Tour since 2006. 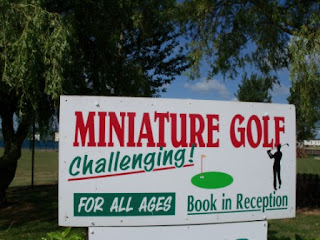 The 8-hole layout is part of the North Shore Holiday Centre/Caravan Park, but the course is open to the general public. 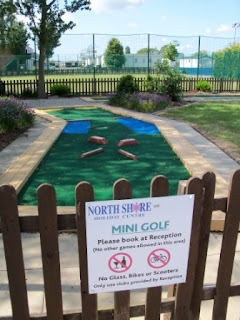 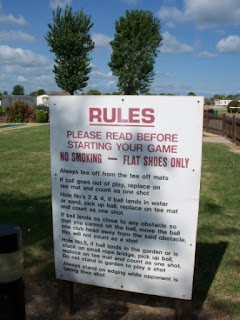 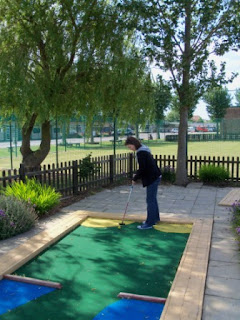 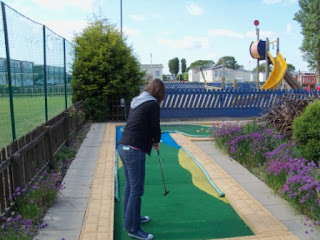 Despite almost losing my ball (and only just making it back to tee-off before the time-limit expired) I defeated Emily 27-31 in our Irregular Mini Golf Tour Match-up on the testing course. 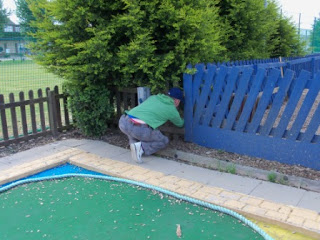 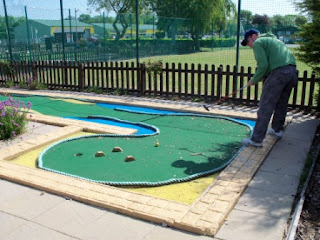 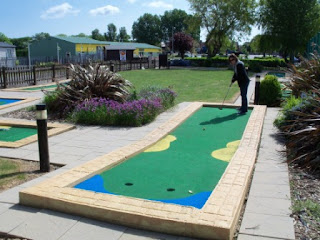 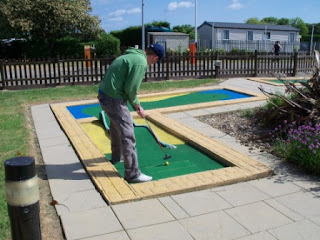 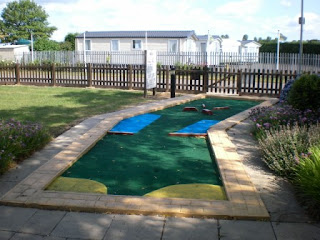 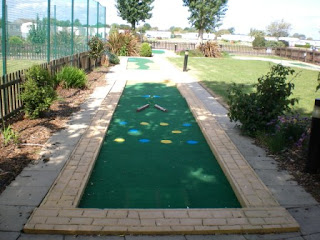 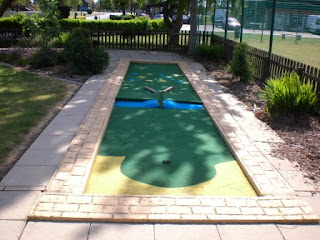 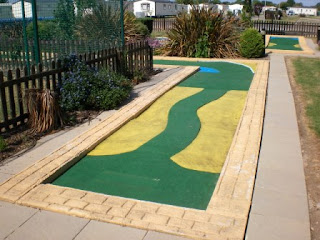 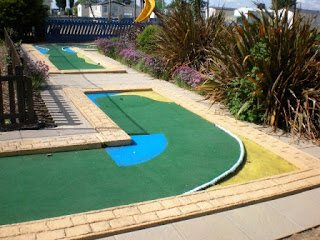 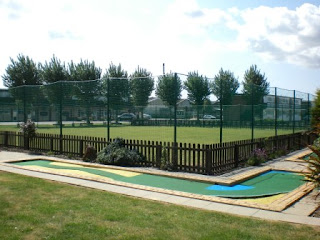 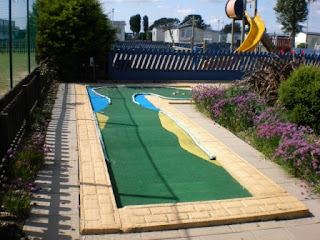 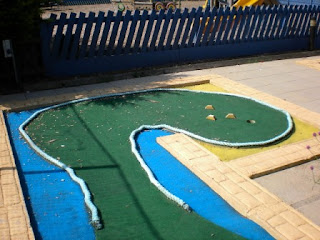 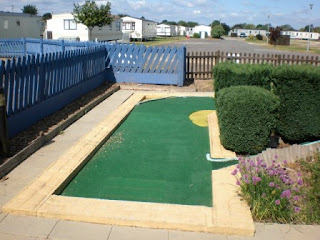 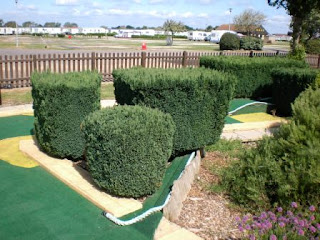 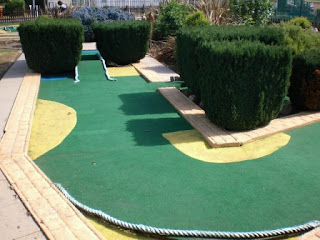 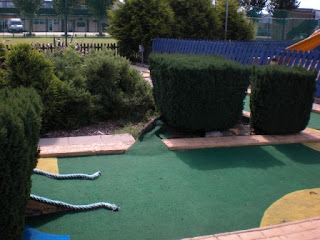 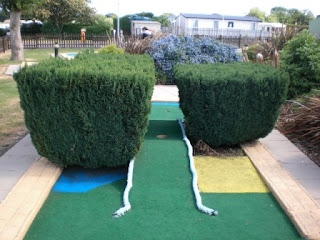 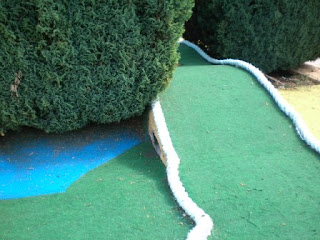 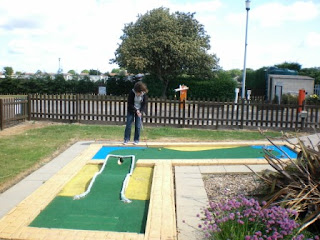 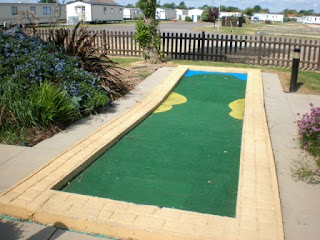 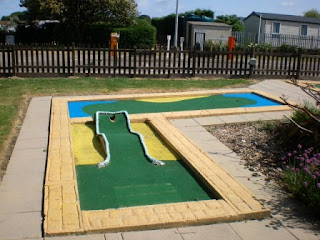 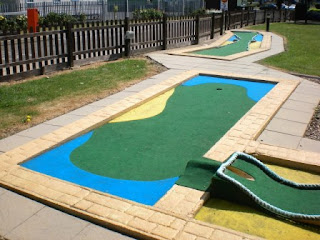 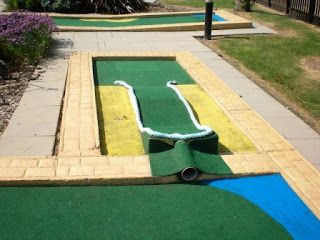 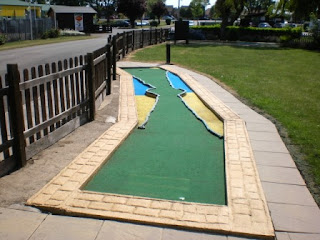 The North Shore Holiday Centre is also home to a Pitch & Putt course, and the excellent, friendly and welcoming Pitch and Putt Inn!

Related blog posts:
- List of courses visited and played on the Crazy World of Minigolf Tour
- Minigolf, Crazy Golf and Adventure Golf Courses on the Lincolnshire Coast
Posted by Richard Gottfried at Monday, May 30, 2011