After visiting and playing a stack of Crazy Golf, Minigolf and Adventure Golf in Skegness, the Crazy World of Minigolf Tour took us off to Ingoldmells on Saturday 21st May, for a go on the 12-hole Crazy Golf course at the Fantasy Island Theme Park. 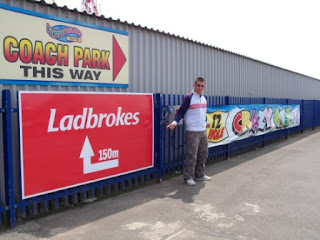 The course was the 240th played on our Crazy World of Minigolf Tour. 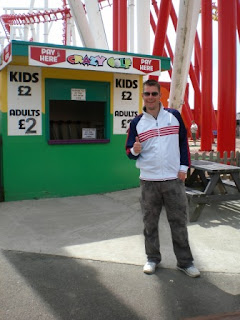 The course itself sat below the two massive Rollercoasters at Fantasy Island. 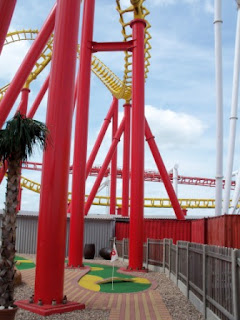 In a way the course/location reminded me of the Pike's Pass Miniature Golf course at the Circus Circus Hotel in Las Vegas, not in the course design, but in the fact that it was in close proximity to the Rollercoaster itself! 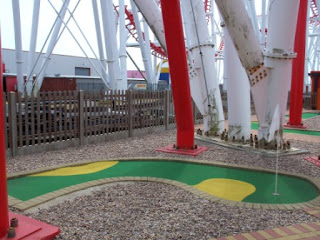 In our Irregular Mini Golf Tour Match-up Emily defeated me 33-34. 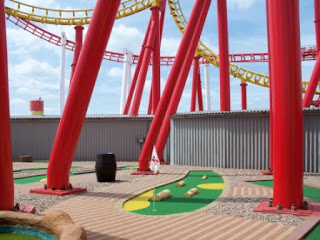 The course was fun to play, reasonably priced and with good equipment. It's worth a visit if you're in the area - even with so much else to see and do at Fantasy Island. 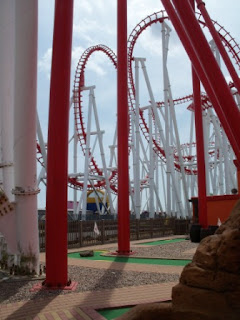 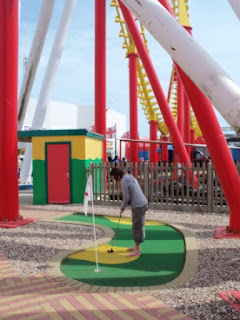 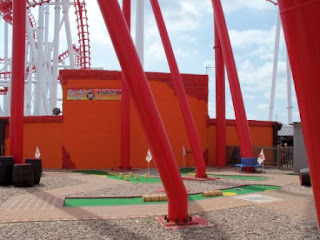 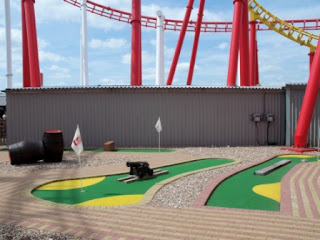 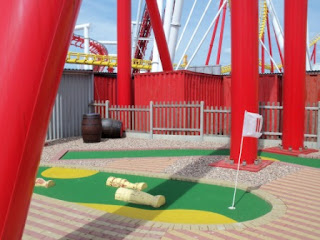 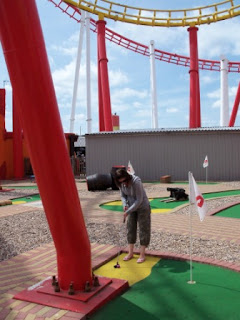 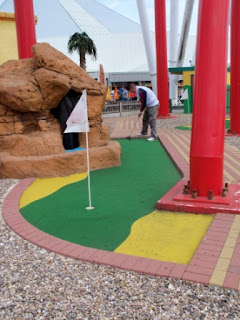 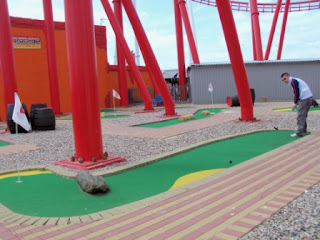 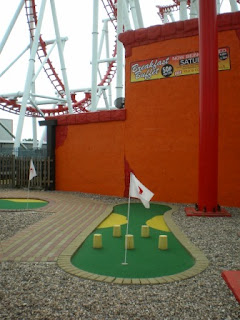 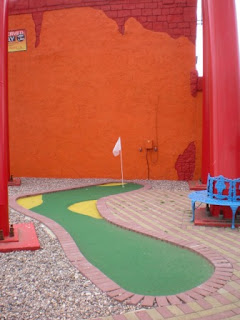 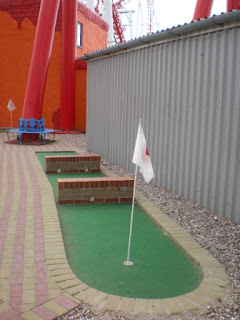 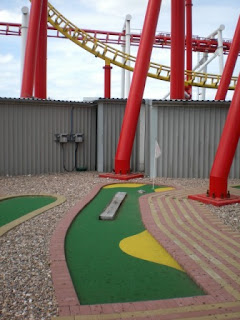 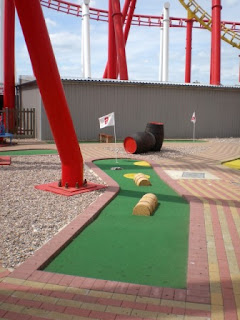 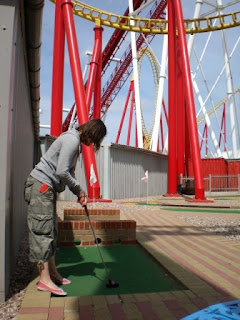 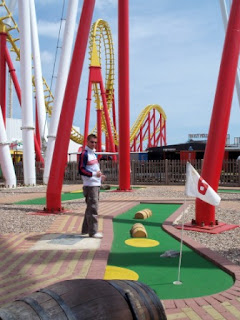 The Fantasy Island Theme Park is also home to the Largest Market in Europe! The site also sits within one of the biggest spreads of Caravan Parks in the UK!

On a Minigolf/Rollercoaster-related note - Back in June 2007 we visited Alton Towers to play the Ride-Themed Extraordinary Golf course - unfortunately it was closed. We've also played next to a rollercoaster at the Pike's Pass Miniature Golf course at Circus Circus Casino in Las Vegas.

Link:
- Fantasy Island
Posted by Richard Gottfried at Tuesday, May 31, 2011

Some really great photos. Hope you enjoed yourself. Mike

A fun course to play. Interesting playing between so many big red girders!