As well as the Model Village, there is also an Old Penny Arcade Museum, a 'modern' amusement arcade, and a great Tea Room that serves an extensive menu of Gluten Free items!

And there's a Crazy Golf course there too, with Free Play included in the ticket price for the Model Village! 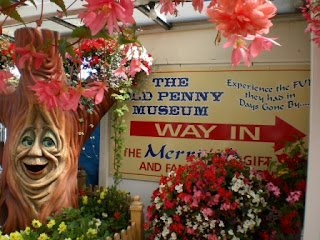 Photos of the Merrivale Model Village 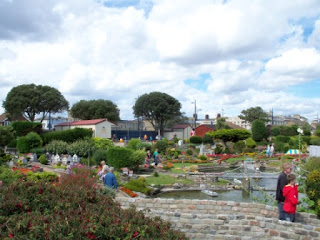 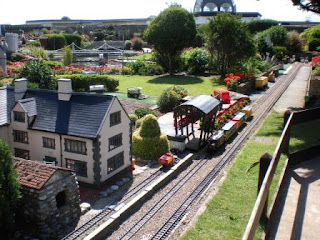 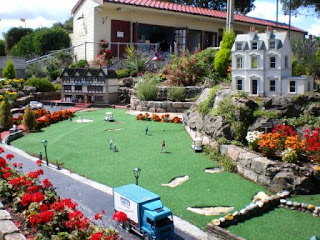 A Police Station and Crime Scene 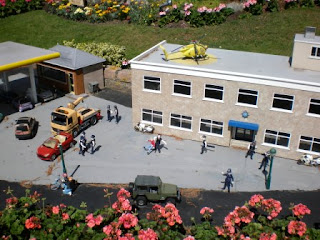 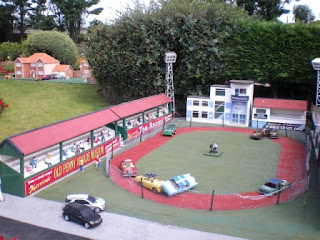 One of the adverts in the miniature stadium was advertising the Crazy Golf course! 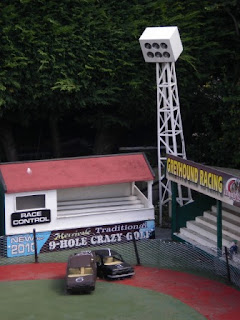 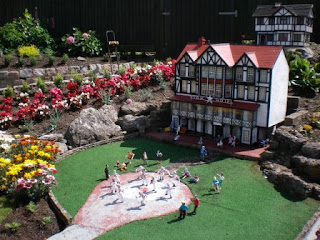 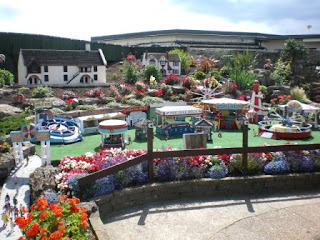 A Shooting Shack on the miniature fun fair 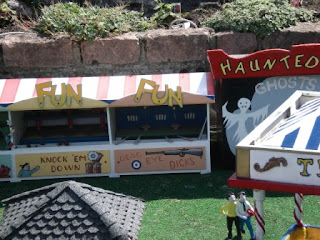 The 9-hole Crazy Golf was the 265th course played on our Crazy World of Minigolf Tour, and in our match Emily and I tied on scores of 22(+4). 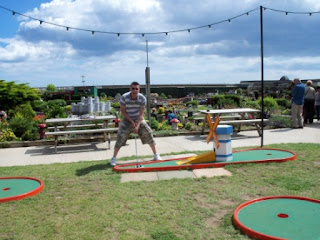 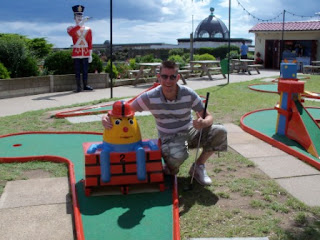 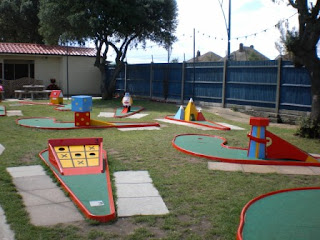 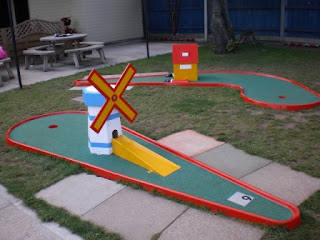 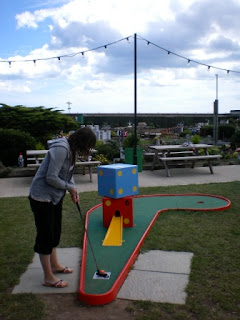 The menu at the Merrivale Tea Rooms shows lots of items marked ‘GF’ and when ordering we found out that other dishes could be adapted if necessary. The Gluten Free cakes, pies and pastries etc. were home made, and all of the cooking was done in separate cookers/fryers, meaning I was able to have Fish & Chips (which was also served with a good side-salad and lots of peas), it was a very big portion indeed. 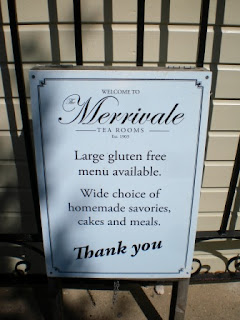 As there were so many GF options available I was greedy and also ordered the Mushroom, Potato, Tomato and Onion Pasty, which was very well made and very very tasty.

Richard attempting to scoff a Pasty AND a big portion of Fish & Chips! 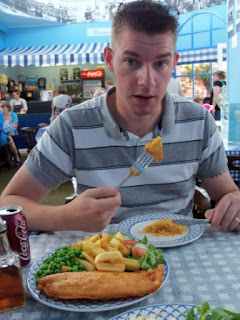 After our food had settled we headed off for a paddle in the sea and a wander around the Pleasure Beach and then went back to the Merrivale Tea Rooms for a Cake. The choice again was huge and I opted for the Chocolate Cake.

It made our trip to Great Yarmouth extra special to visit such a nice Tea Room, with excellent service and a wide-range of GF options! It was such a pleasant spot to have a nice lunch.

The Merrivale Tea Rooms were established in 1903 and this year won the Tea Room of the Year Award! Well deserved indeed. 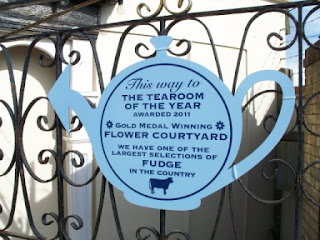 Great day out. Merrivale was brilliant (free re-admission for the whole day) and free Crazy Golf! The tea-room was excellent and the staff there were really nice and friendly.. Can't wait to go back again (even more than usual). And I beat Squire on all of the "competitive games" in the old penny museum! Woo-Hoo!