During the break in the over 60s and over 50s British Cycle Speedway events taking place at the Edinburgh Falcons Club at Redbraes Park on Saturday 20th August 2011 we popped to the Powderhall Bowling Club, which uses one of its three Bowling Greens as a 9-hole Putting Course! 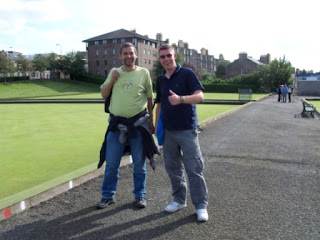 Time was getting on and as the course closed at 5pm the man at the course let us have a round on the proviso that we played quickly!

The Putting course was on a Bowling Green and while pretty flat was still fairly tricky in gauging speed and weight of the shots.

With time of the essence Emily decided she didn’t want to play so it was left to be a battle between me and my Midlands Minigolf Club team mate (and fellow 2008 BMGA British Club Champion) John ‘Thighs’ Moore. 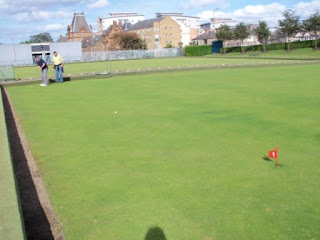 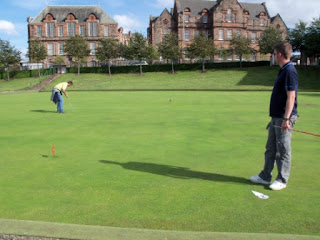 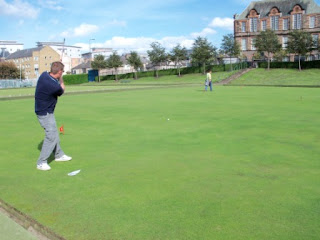 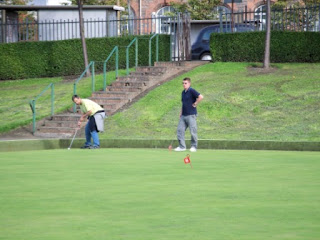 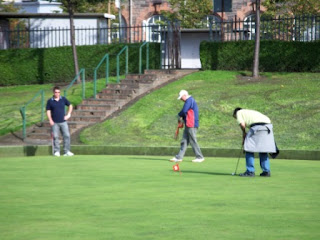 I was first up to play the ninth hole and scored a dreadful four. John, the 2006 BMGA British Champion, stepped up and scored a two to take the victory 22 to 24. 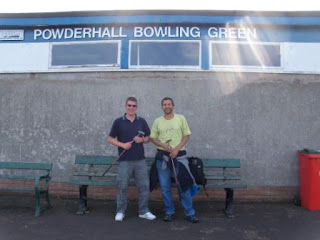 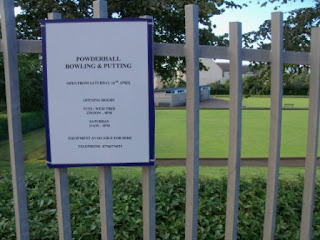 The course at St Mark’s Park was the 266th played on our Crazy World of Minigolf Tour.