While at the Four Ashes Golf Centre in Dorridge, Solihull for the Midlands Open and BMGA British Doubles Championships tournaments at the weekend I noticed that since my last visit to the course last July, for the Midlands Invitational Tournament, they have added two new Putting areas. One is a small synthetic Putting surface, while the other is a Grass surface. 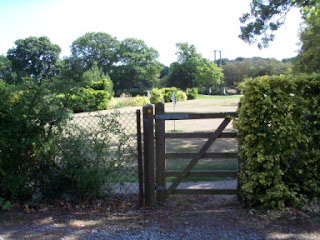 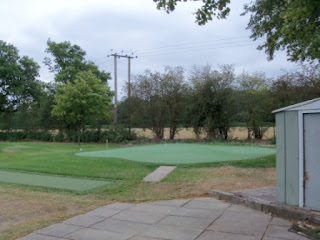 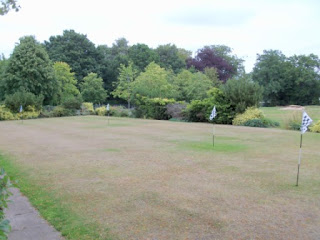 The 12-hole Minigolf Course at the Four Ashes Golf Centre was the 72nd course visited and played on the Crazy World of Minigolf Tour on a very soggy 1st of September back in 2008. Emily's first visit to play the Minigolf course was in late September 2008.
Posted by Richard Gottfried at Thursday, August 04, 2011