The 3rd Annual UK Thumb Wrestling Championships took place at The Triangle Tavern in Lowestoft on Saturday 6th of August with a Bell-Time of 3pm.

16 Men and four Ladies stepped up to be crowned as UK Thumb Wrestling Champion and Thumb Wrestlers had travelled from East Anglia, London, Exeter, Birmingham, Edinburgh and Northern Ireland to compete in the contest!

Richard competed as 'Snack Ryder', a tribute to WWE Superstar Zack Ryder, while Emily Thumb Wrestled under her gimmick of 'Nine Lives'.

In the first-round of matches Snack Ryder was drawn to face Birmingham's 'Just Colin'. In a long bout the two grapplers gave it their all, but it was Just Colin who picked up the win, with one pin and a draw in the three-fall match-up.


In the Men's Final The Cobra defeated The Flash two falls to one to win the prestigious title. Video of the Match.

In the Ladies Final Fancy-a-Thumble bested the 2010 Champion Thumberlina by two falls to one to become the new Womens Champion. Video of the Match.

The venue - The Triangle Tavern in Lowestoft 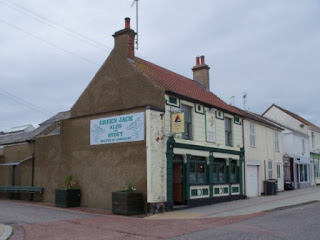 An advert for the event above the bar 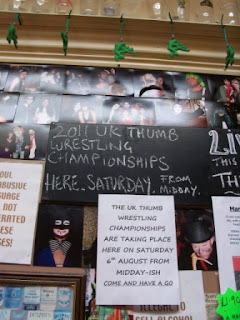 The Official Rules of the UK Thumb Wrestling Championships 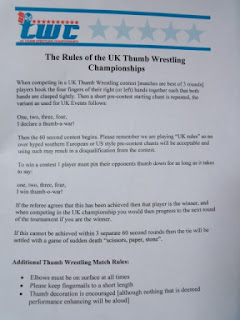 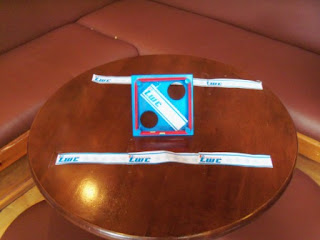 The Prizes - supplied by tournament sponsors The Random Shop 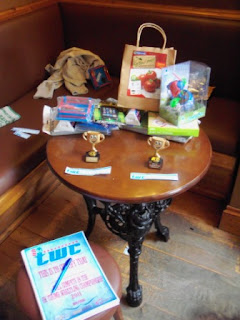 The Bracket for the Mens Championship 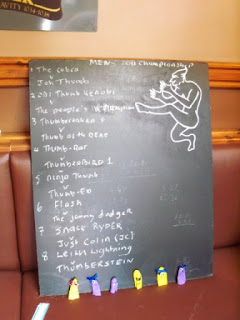 The Bracket for the Ladies Championship 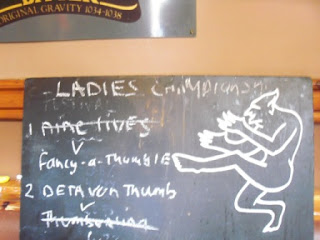 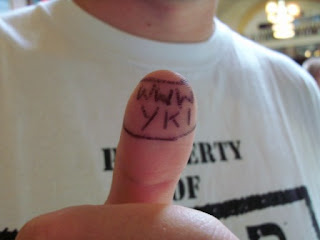 Richard nurses his injured thumb alongside the victorious Just Colin 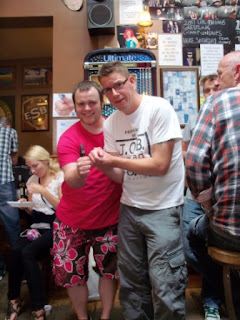 The Rules of Thumb Wrestling - interestingly, if a win cannot be gained within two separate 60 second rounds then the tie will be settled with a game of sudden death “scissors, paper, stone”!

Nice one Richard aka Snack Ryder. Think you would have gone further in the championship if you hadn't been drawn against Just Colin. Hopefully see you next year and good luck with any other random events that you might be taking part in.

We really enjoyed the event and I have got my thumb in an arduous training regime ready for the 4th Annual UKTWC!

Looking forward to once again visiting my favourite pub in the easternmost town in Great Britain ;-)

The results of the 2012 World Thumb Wrestling Championship are in - and Scotland's Graeme Cunningham is the new champ!

Cunningham, nicknamed 'Flash' was the 2011 Runner-up - check out the video of last year's final match here - but managed to go one better this year to take the coveted title!

The "2012 Championship Round-Up" can be read on the Thumb Wrestling HQ website.

Emily and I competed in the 2011 UK Thumb Wrestling Championships at the Triangle Tavern in Lowestoft, Suffolk last year. A great event in a great town.