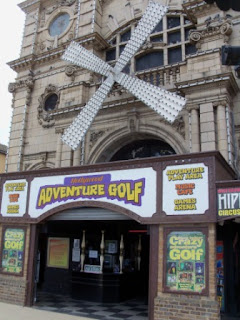 The course was originally the 26th played on the Crazy World of Minigolf Tour way back on the 9th of June 2007. In that time two extra holes have been added. The first one is the 'Stars of the Windmill' hole, which features a 'Wall of Fame' showing all the stars that at one time or another performed at the Windmill Theatre. 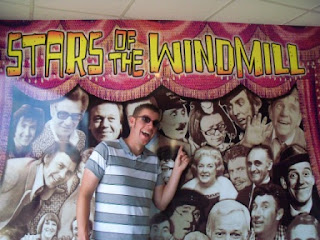 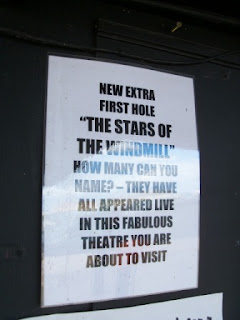 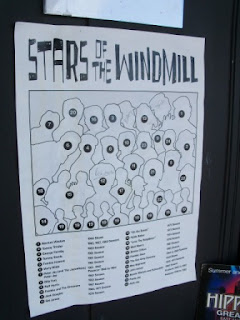 As a big fan of On The Buses this was the best hole on the course and the most playable too, with Emily scoring a Hole-in-One. 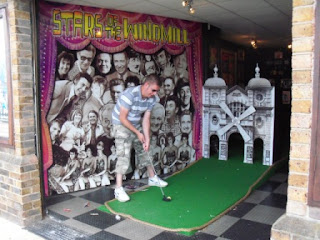 On The Buses Stars Stephen Lewis, Bob Grant and Anna Karen all performed at the Windmill Theatre back when it was a theatre. 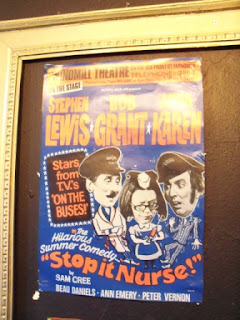 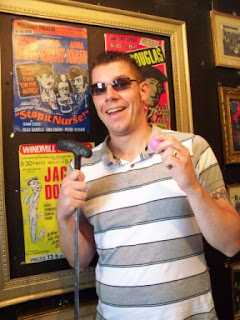 The second new extra hole is the 12th, which is the 'World's Biggest Pinball Machine'!? Both Emily and I won Free Games on this hole in our match! 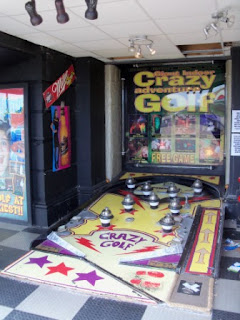 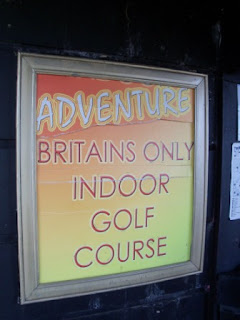 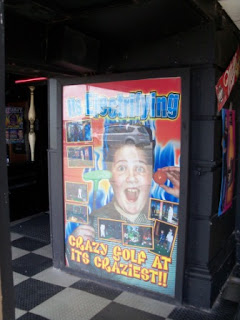 All of the holes on the 12-hole course are really crazy, and they even have a Christmas theme on one hole now! 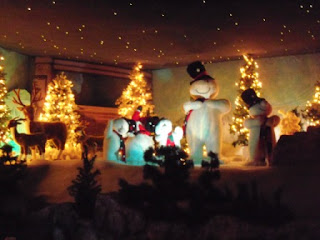 The Beach Hole is very crazy indeed, it's the only hole I've ever played where you must Putt over sand!? 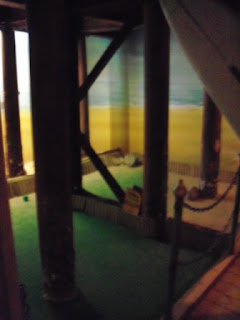 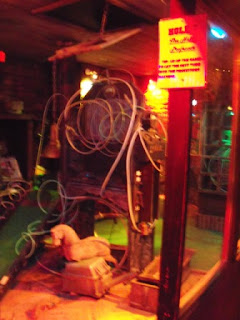 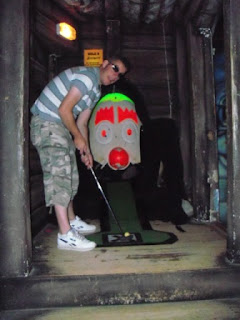 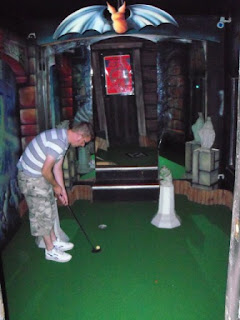 The old last hole, now Hole 11, is a giant Roulette Wheel. In our match Emily managed to score Green 0! 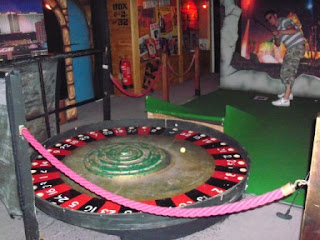 In our Irregular Mini Golf Tour match-up Emily beat me 25-29.

The excellent Official On The Buses Fan Club has run a piece on their website noticeboard about our visit to the Windmill Theatre Crazy Golf course in Great Yarmouth! You can see it here.