On Friday 29th July 2011 we headed to Earlswood Lakes to check out the Crazy Golf course that we had seen advertised last year.

Our fellow Minigolf course explorers - Paul and Owen Johnson - played the course last year and reported back that it was of a concrete construction. However, looking around we found a number of obstacles and painted hole markers on a grass surfaced 'course'.

The course also looked to be under (re)construction, and the layout looked very different to the photos I had seen from last year. 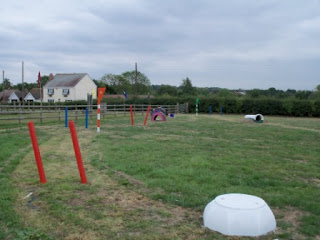 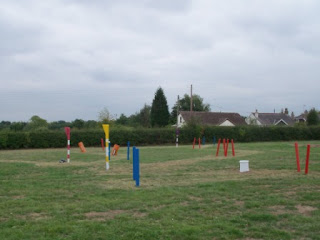 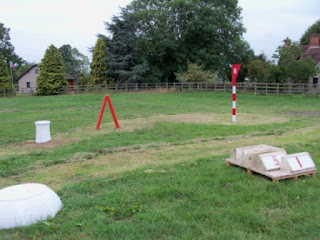 Photo: The Rules of Play 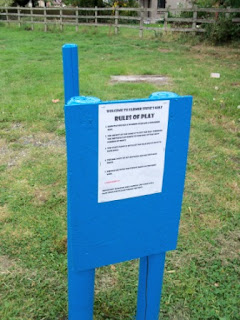 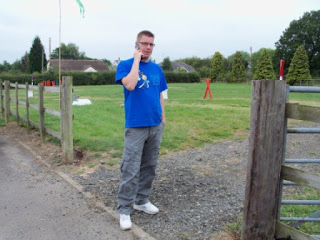 A leaflet we picked up at Earlswood Lakes also described the Miniature Golf course as "Farmer Steve's Golf Mini Course".

While we were at Earlswood Lakes Emily put me in the Stocks for the second time in two weeks, having spent a spell in the Stocks at the Adventure Golf course at Andover! 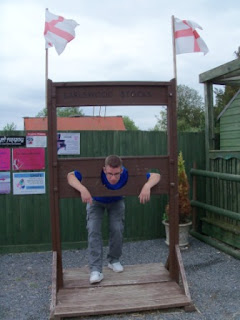 This year there is no Maize Maze at Earlswood Lakes. However, there are still a number of shops and a tearoom and on our short visit it seemed a nice place to wile away some time.