The 2011 BMGA British Doubles Championships were held at the Four Ashes Golf Centre in Dorridge, Solihull on Sunday 31st July, with both Richard and Emily Gottfried competing. 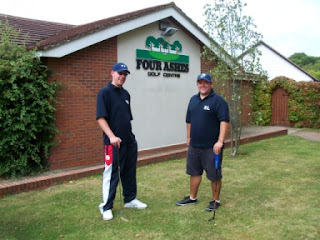 In the tournament Richard teamed with Margate’s Scott Lancley for the first time, while Emily reformed her team with London’s Brad Shepherd. Richard’s team achieved seventh place overall; with Emily’s team finishing in tenth spot in the 14-team competition.

Each of the competing 14 teams played in a round robin group qualifying stage, before moving on to a knockout stage to determine the final rankings.

Richard and Scott won their group with two wins and a loss, to qualify for the play-offs for positions 1-8, only to be defeated in their next match against the defending champions Chris Harding and Marc Chapman, who went on to win the event for the second time.

The Gottfried/Lancley team (playing as 'Team Sqonkey) had a win/loss record of three wins, and three defeats. 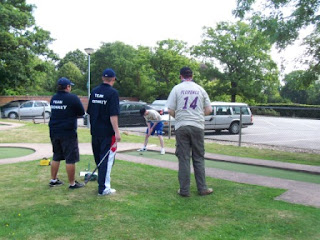 The Gottfried/Shepherd duo (playing as 'Fist N Lemony') had a win/loss record of two wins, one draw and three losses.