On our visit to Lowestoft on the 6th of August 2011 we were finally able to play the Kirkley Cliff Putting Green.

On our previous visits in February and June 2007 the Minigolf course had been closed. Happily for us the course was open on this occasion and the course became the 264th played on the Crazy World of Minigolf Tour. 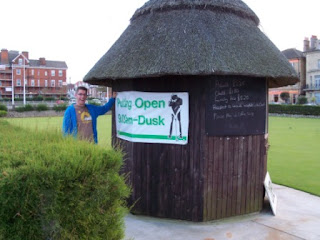 In our Irregular Mini Golf Tour Match-up Emily defeated me 43-45 scoring a Hole-in-One on the 18th after I had scored the first four of the match. 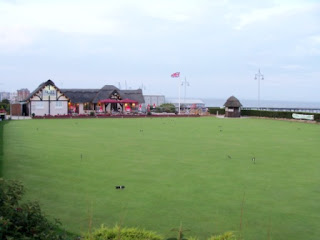 The 18-hole layout is in great condition, and at £2.25 a round for adults is great value. 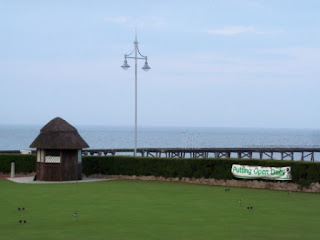 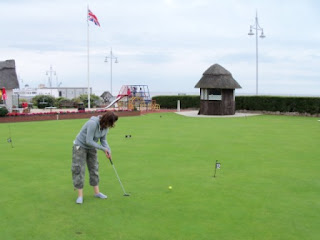 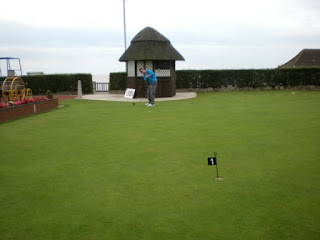 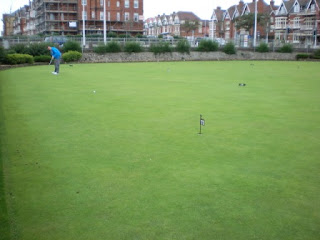 We swung by the Putting Green at Kirkley Cliff in Lowestoft, Suffolk during our East Anglian Road-Trip in August.