Hotham Park in Bognor Regis, West Sussex is home to two Miniature Golf courses. One is a 12-hole Crazy Golf, the other is an 18-hole Putting Course. We visited and played both on Sunday 2nd October 2011. They became the 273rd and 274th played on our Crazy World of Minigolf Tour. 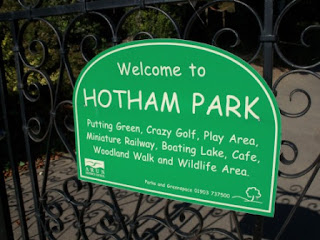 The Crazy Golf course was not like any other course going by the name 'Crazy Golf' that we had seen or played before! It's more like a Pitch & Putt style of Miniature Golf, with a 'green' to aim at from a patch of grass, or concrete slabs. Some of the holes are really bizarre (crazy!), including the Bridge that you've got to putt over!

Only one of the twelve holes actually resembles a Minigolf/Crazy Golf course as most people would know it. 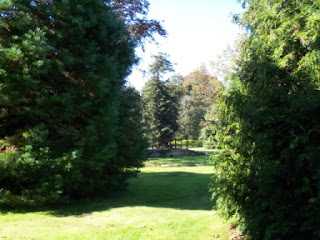 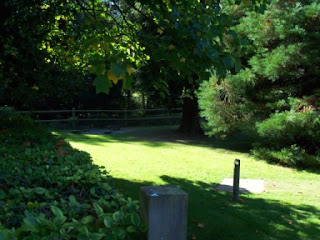 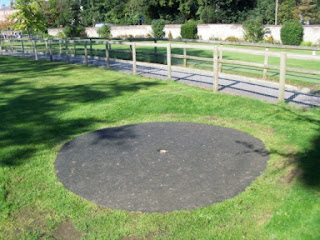 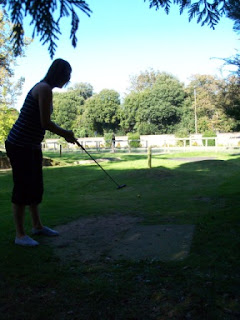 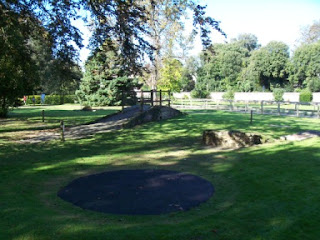 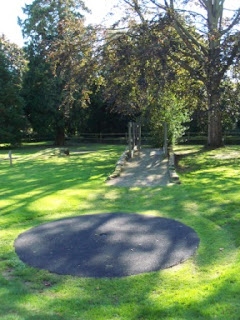 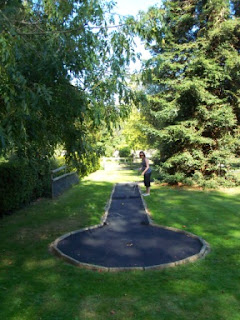 In our Irregular Mini Golf Tour Match-up on the Crazy Golf course Emily defeated me 45-50. 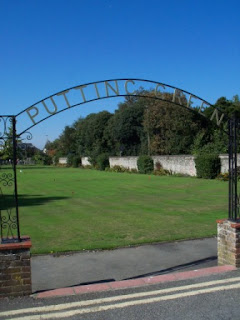 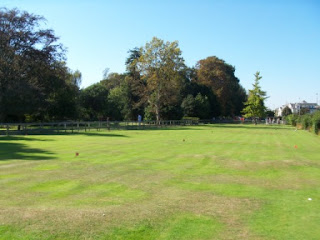 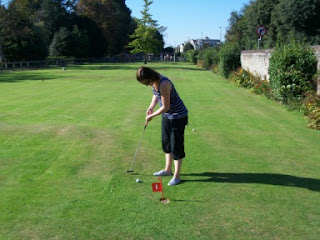 In our Irregular Mini Golf Tour Match-up on the Putting course Emily defeated me 46-54.

The park also has a Miniature Railway and part of the track runs next to the Crazy Golf course. 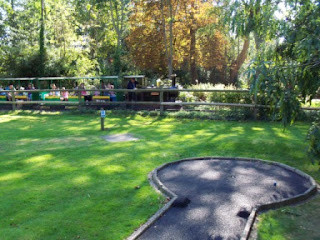 The Minigolf courses (and some other leisure facilities) at Hotham Park and Marine Park Gardens in Bognor Regis, and others at Felpham and Littlehampton are operated by Inspire Leisure. The scorecards have a good list of all the other courses in the area, which was very handy indeed. The very helpful man in the hut at Hotham Park told us that we were lucky the weather was so nice and hot as the courses had actually closed for the season the weekend before. He said that the Marine Park Gardens course would still be closed, but that if we made it to Littlehampton the Adventure Golf course (and Pitch & Putt) there would be open as it's a year round course. 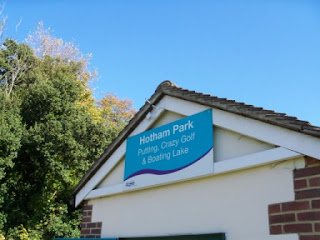