As the regular summer season was over the Putting Course at Marine Park Gardens was closed until next year. However, the visit to the course as part of the Crazy World of Minigolf Tour was a bonus as it had not been on our 'to visit' list until the man at the Crazy Golf & Putting Kiosk in Hotham Park had told us about it. He'd also informed us it wasn't going to be open to play, but we still had to go and have a look ahead of any future visits to Bognor Regis. 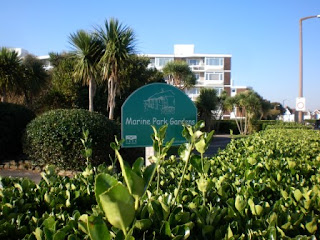 The course does look to be in good condition, with plenty of lumps and bumps to make the Putting tricky. 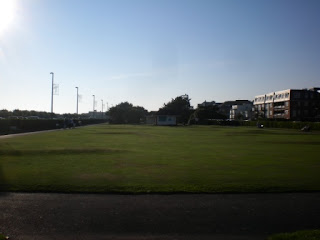 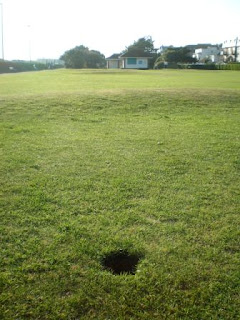 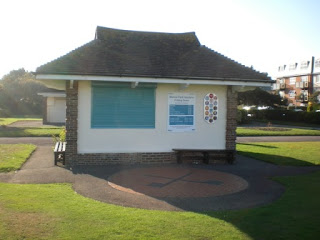 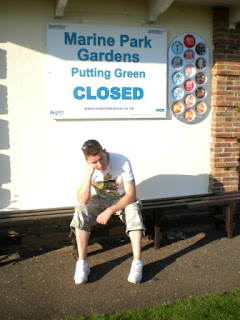 Link to the Crazy World of Minigolf Tour courses visited, played and not played
Posted by Richard Gottfried at Saturday, October 15, 2011