A Nice Cup of Tea in Weymouth

While in Weymouth for the Weymouth Open Minigolf Tournament we popped over to 5js Cafe which is also at Lodmoor Country Park.

I'm not normally a tea drinker, but the advertising offer of a 'Nice cup of Tea' drew me in. 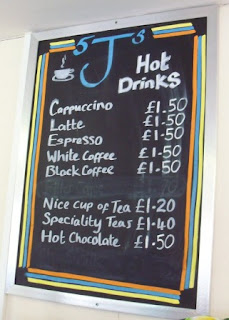 I must say it was a very nice cup of tea indeed. 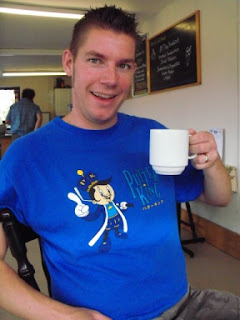 I may start drinking Tea more often, as it may have played a part in fuelling the victory Chris Harding and I had in the Weymouth Open Team Tournament that afternoon!