Revisit to the Mini-Golf courses on Southsea Common

During our Crazy World of Minigolf Tour roadtrip to Southsea and beyond we had a replay of the Putting Course and Crazy Golf at the Castle Mini Golf Centre on Southsea Common. 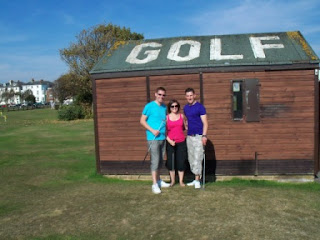 We first played the two courses on Southsea Common in July 2008 as part of the The Hampshire & Isle of Wight Invitational Tournament. The Crazy Golf course was the 61st played on the Crazy World of Minigolf Tour and the Putting course was the 62nd.

First up on Saturday 1st October 2011 we played the 18-hole Putting Course, where I picked up the win with a score of 44(+8) including two holes-in-one. Christopher scored a 48, with Emily hitting a 49. 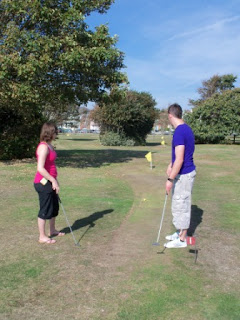 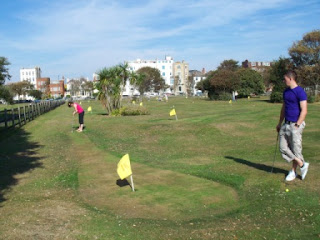 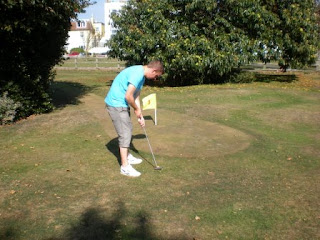 Next up Christopher and I played a round on the Crazy Golf course using 'proper' Crazy Golf rules. In the very high scoring round Christopher picked up the big minigolf win with a score of 61 to my dismal 73. 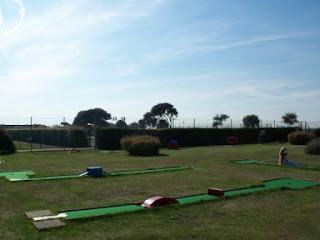 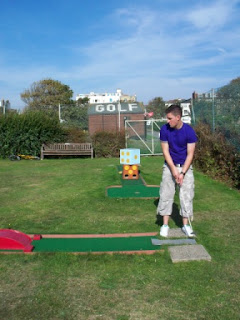 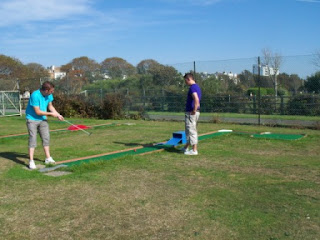 The Castle Mini Golf Centre can be found by following the Brown Tourist Signs on the main road nearby. 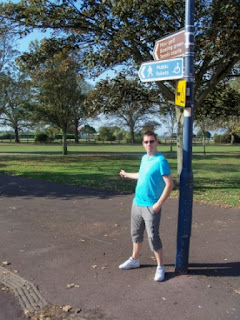 We also revisited Southsea Common in December 2010 when the courses were closed for the season and shrouded in fog.

The Castle Mini Golf Centre has three courses, with the third one a Pitch & Putt. We didn't play it this time as there were some large groups out on the course which would have meant the game would have taken ages and we had plans to visit the Model Village in Southsea and have a go on the Swan Boats at Canoe Lake too, before heading to Gosport to play the 12-hole Adventure Golf course there too. 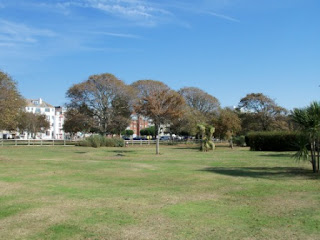 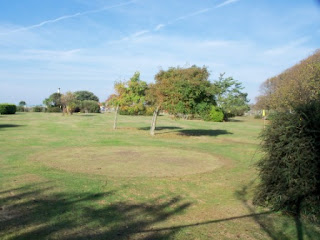