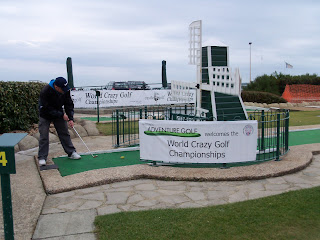 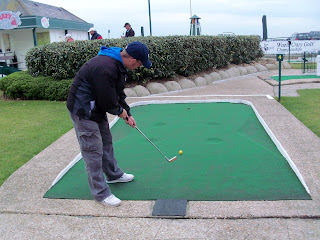 Richard scored rounds of 36, 37, 33, 35, 33 and 36 for his 210(-6) total and said “This year’s World Crazy Golf Championships was the closest yet, there were so many players battling to make it into the top 18 and despite my best efforts I couldn’t seem to score enough Aces. Most of my shots were tap-ins for two this weekend so it’s frustrating that more of them didn’t drop in first time. I’ll be back for another crack at the World title next year and can’t wait for it.” 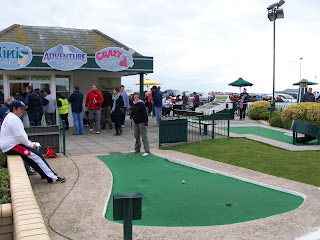 Emily scored rounds of 40, 39, 38, 39, 37 and 40 for her 233(+17) total and said “I was a little disappointed with my performance, although I don’t think the scores accurately represented how I was playing. But it was a fantastic tournament with a nail-biting final round and play-off”.

Great Weekend, Poor Play by me, but good fun anyway!