On Saturday 25th June 2011 I decided to head to Melbourn in Cambridgeshire as I noticed they were holding their annual village fete (which I also attended last year).

While I was in the area it was also an opportunity to re-visit the other Minigolf, Crazy Golf and Putting courses in the vicinity.

First up, after visiting the Royton Parish Church Fete (which was winding up) and deciding to not go into the Cave at Royston, Herts, was a trip to Whaddon Golf Centre. 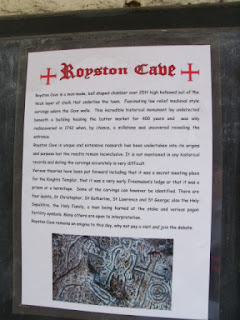 The 9-hole Crazy Golf course was in a playable condition (just about) on our visit in April 2010, when the course became the 165th played on the Crazy World of Minigolf Tour. On that East & West Anglia Spring Roadtrip we played the Putting Green at the Golf Centre too. On our next visit to the area I plan to give their 9-hole Par-3 course a go too. 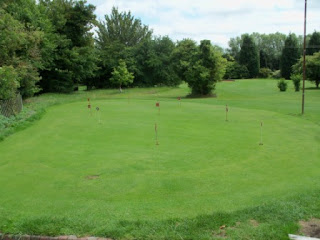 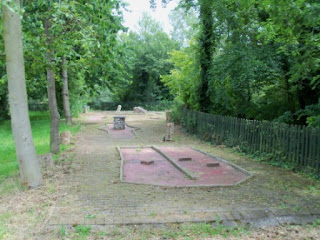 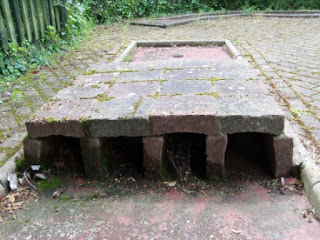 On the drive from Whaddon towards Melbourn there is a business called Marley Eternit, sadly they are nothing to do with Eternit-type Miniature Golf. 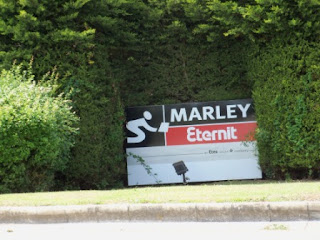 Passing through the village of Meldreth I noticed they were also holding a Fete, so I popped along to it. 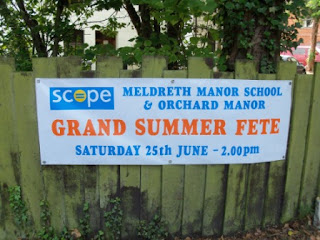 I didn't win any of the Tombolas and there wasn't a minigolf course, but it was a bustling event. It also had a Miniature Steam Railway Line set up for the event! 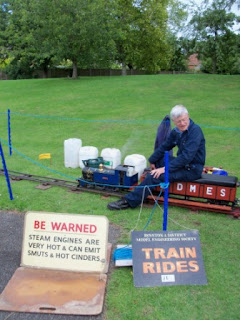 The third and final Fete I headed to was the big Melbourn Village Fete, held on The Moor. 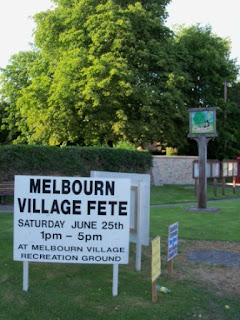 The 9-hole 'Miniature Crazy Golf' course was back again, with some new holes and a slightly different layout to the 2010 event - borrowing/swapping some holes with the course that was at the Swavesy Fete last year. 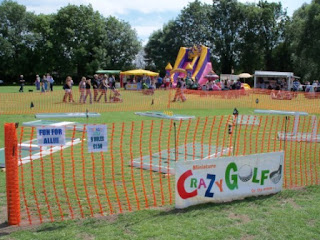 Last year I scored a 20 and an 18, but this year I could only manage a 20 and a 23! The addition of the 'Hole in the Middle of a Ramp' obstacle (from the Swavesey course) did for me.

Minigolf Fact: While Emily has never played the Melbourn Fete Miniature Crazy Golf, she has actually played minigolf in the 'other' Melbourne.

The friendly course owners have also added a Tin Can Alley stall next to the Minigolf. Unfortunately I was unable to win a Meerkat for Oliver 'The Machine' Florence on it. 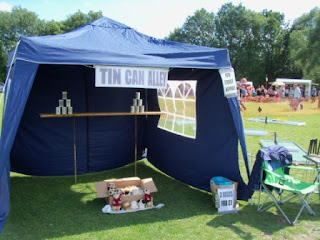 With loads of other stalls, displays and attractions going on I also had a go at the Target Bowls competition from Melbourn Lawn Bowls Club. Last year I had three goes and scored a grand total of '0'!

This year was to be different though, as I hit the Bullseye '10' with my first 'Wood' and went on to win the title with a total of '13'! 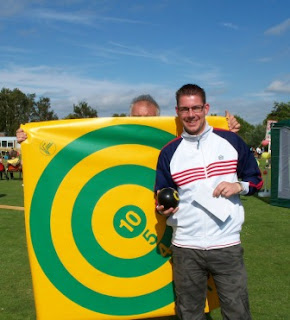 The Melbourn Village Fete also had a Sheep Race! 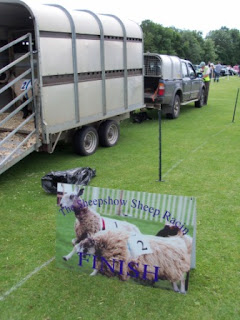 I had a punt on the very serious looking Number 2 - Norbury's. 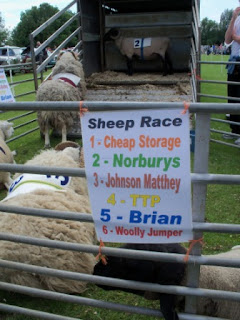 And it went and won it!


The Fete also had an Egg Throwing competition. The 34 player (17-team) field was won by two teams, as both of their eggs broke on the last throw!

After the fun of the Fetes, I headed to Kingsway Golf Centre, also in Melbourn, to have a play on their 9-hole Himalayas Minigolf Putting Course. 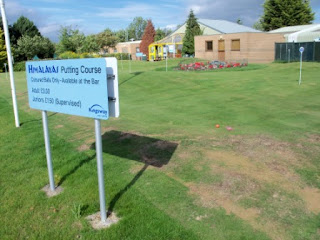 The course was the 196th played on the Crazy World of Minigolf Tour in August 2010. On Saturday I had three practice rounds in the Irregular Mini Golf Tour Fake WACC competition against myself - ready for the West Anglia Challenge Cup competition, which will one-day be played on the very testing and fun course. 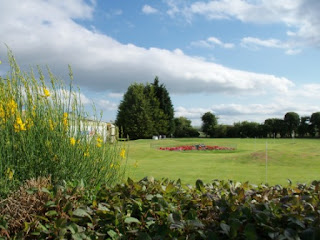 Prior to the building of the Himalayas Putting Course there used to be a 9-hole Crazy Golf course on the site. This was the 154th course we played on Crazy World of Minigolf Tour and was also the 200th overall course visit (played & unplayed) on the Tour!

Following the games at Kingsway Golf Centre, I headed to The Dolphin Pub in Melbourn village centre to see if the derelict 4-hole Crazy Golf course was still there. 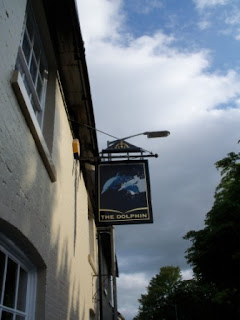 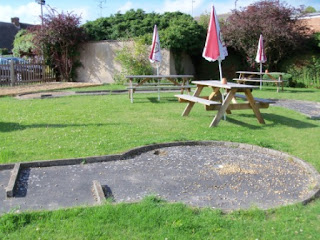 In May 2010 we visited the course after a tip-off from fellow Minigolf Tourists - The Johnsons.

The Beer Garden has had a Boules Piste added to it by the looks of things. 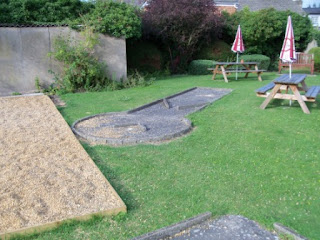 So, my day of Minigolf and Fete fun in the sun ended drinking a Coke in a Pub Beer Garden sat amongst four derelict Crazy Golf holes in Melbourn. It doesn't get much better than that ha ha.