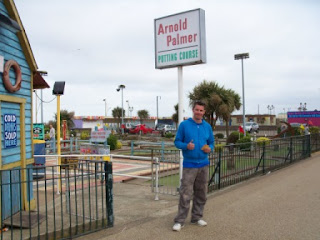 On Sunday 5th June 2011 Emily and I headed to Great Yarmouth, Norfolk and we're lucky enough to make it there in time to play two of my favourite minigolf courses in the world - the 9 and 18-hole Arnold Palmer Crazy Golf/Putting Courses on the Seafront.

The story wasn't the same on one of our very first Crazy Minigolf Holidays, way back in February 2007, when all of the courses we visited in Lowestoft and Great Yarmouth were closed! This 'Irregular Mini Golf Tour' to the East Anglian coast really was the start of what would evolve to become the huge Crazy World of Minigolf Tour that we have been on for years now!

Thankfully on our return to Lowestoft and Great Yarmouth in June 2007 the courses were open. 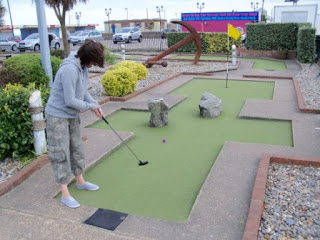 First of all we played the 18-hole course, and a fine example of an Arnold Palmer Putting Course it is too.

We first played the course on the 9th of June 2007 when it became the 22nd course played on the Crazy World of Minigolf Tour.

In our Irregular Mini Golf Tour Match-up...Emily defeated me 37-39. 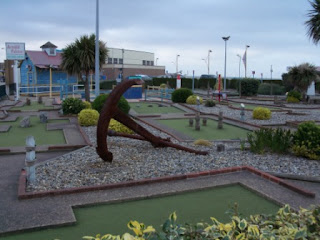 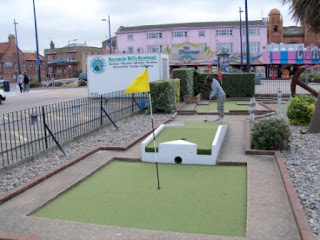 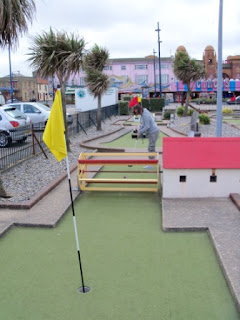 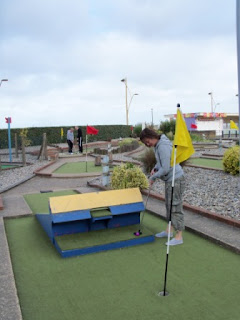 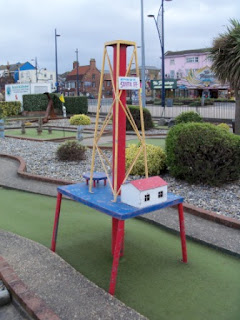 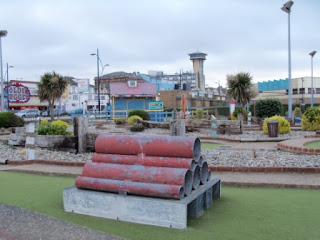 Next we played the excellent 9-hole course.

The course was the 23rd played on the Crazy World of Minigolf Tour in June 2007. 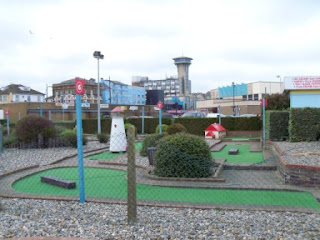 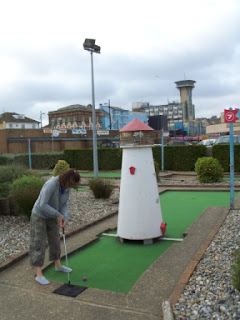 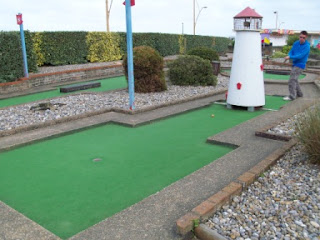 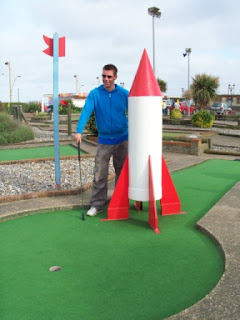 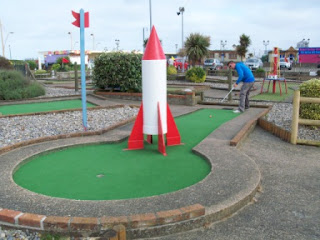 Amazingly I managed to win a FREE GAME on the Top Hole! A feat I am not renowned for. 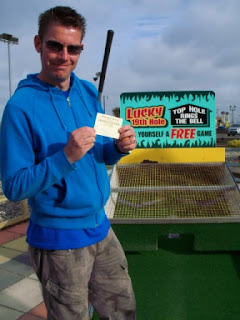 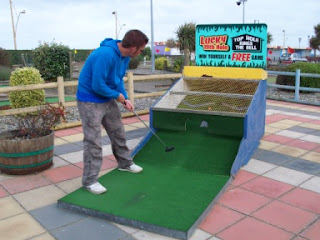 After the round on the 9-hole course Emily also managed to win a FREE GAME on the Top Hole - something that has never before happened to us on our many tours! 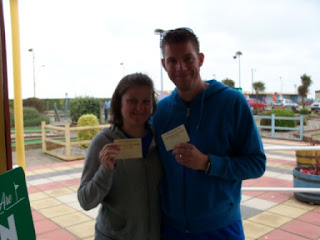 After playing the Arnold Palmer courses we went for a walk around Great Yarmouth and the next stop was at the Merrivale Model Village, which is now home to a Crazy Golf course. Unfortunately it was closed. 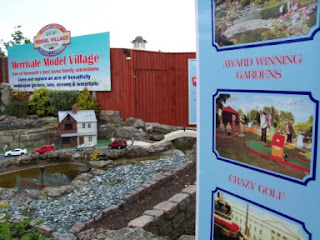 The Pleasure Beach Gardens course was closed for the day too. 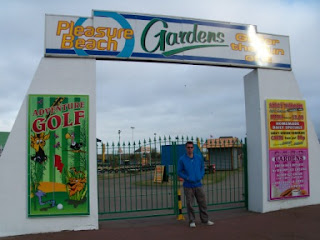 The Hollywood Adventure Golf at the Windmill Theatre was also locked up. They have now changed the posters outside (they used to say 'Grazy Golf'!?).
﻿ 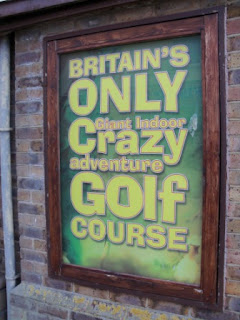 The 18-hole Pirates Cove Adventure Golf course was closed by the time we reached it. 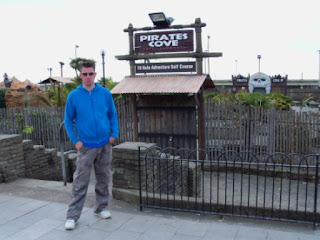 It was originally the 21st course we played on our Crazy World of Minigolf Tour. 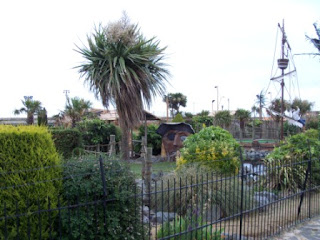 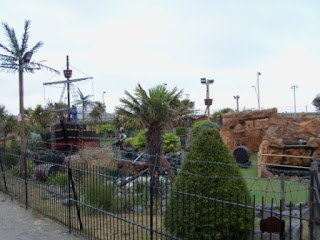 Emily and I are already looking forward to our next trip to Great Yarmouth. 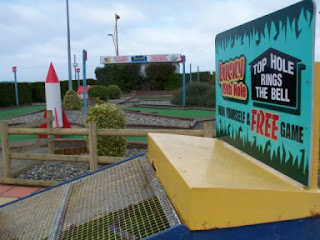