Crazy Golf at the Vegas Amusement Arcade in Hunstanton

The 40th and final minigolf course we visited on our seaside and minigolf tour of Lincolnshire & Norfolk was at the Vegas Amusement Arcade in Hunstanton. It became the 24th we were able to play on the road trip, and was the 248th course played overall on our Crazy World of Minigolf Tour.

We didn't know there was going to be a Crazy Golf course there until I spotted the words 'Crazy Golf' on the sign outside, as we came out from the nearby mini-funfair.

The name 'Vegas' promised so much, however the course itself did not live up to our initial expectations... but for a pound a go and an 'experience' it was still fun. 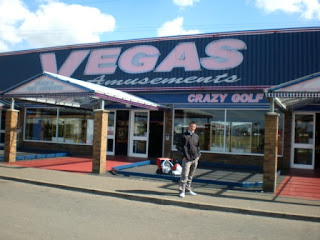 The Crazy Golf course itself was not inside the amusement arcade (as had been the case in Cleethorpes), but was located 'out the back', next to a Go Kart Track. 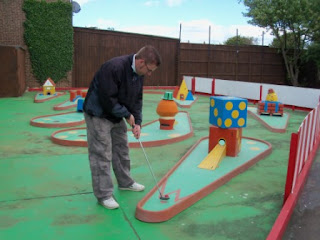 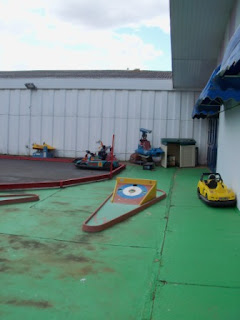 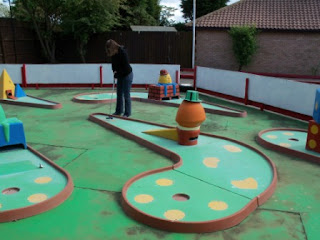 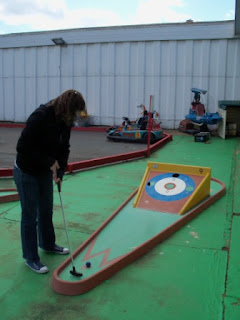 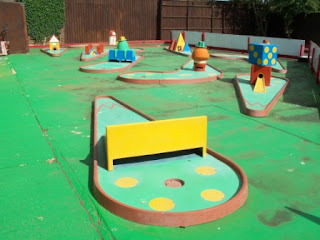 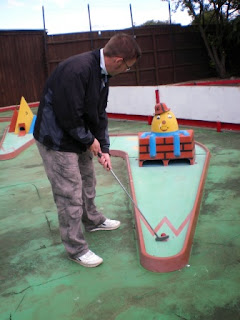 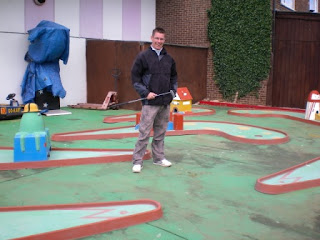 So far we've managed to visit a grand total of 384 Miniature Golf courses on our Crazy World of Minigolf Tour, playing 248 of them!