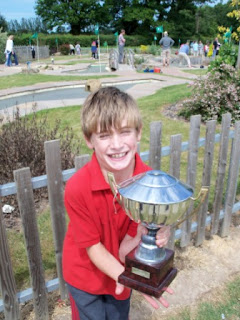 Round one was a 9-hole Strokeplay qualifier, with Seth ‘Clockwork Orange’ Thomas setting the pace with a score of 15. Owen 'Jackpot' Johnson shot a 17.

Both Thomas and Johnson scored twos on the first and second holes, but it was at the short but tricky third hole that Owen, the youngest ever Scrap Iron Cup Champion, stepped up and hit a hole-in-one. Seth was unable to score the much needed Ace and so Owen 'Jackpot' Johnson won the title and the bragging rights.

Emily 'Coach' Gottfried was the other competitor at the tournament. 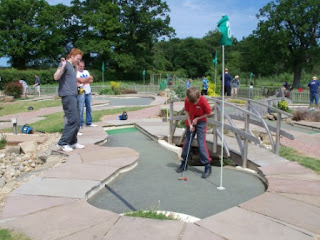 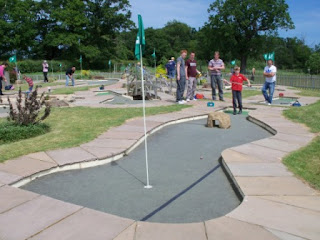 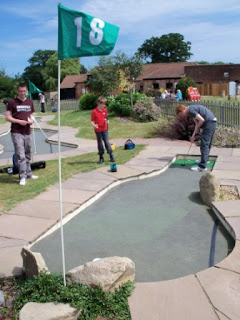