Luton Minigolfers and Great Britain Internationals Richard and Emily Gottfried received their third Great Britain Caps as they played for the GB Team at the WMF Nations Cup in Stockholm, Sweden on the 11th and 12th June.

Ten teams from seven countries contested the team tournament; with a total of 46 players from nine countries taking part overall. The Great Britain Team at the event was split into two four-player teams for the ten team contest and the players took on competitors from Finland, Denmark, Switzerland, The Netherlands, Austria, Germany, Russia and Sweden in the individual tournament. The tournament was played at the Tantogårdens BGK course at the Tantolunden Park in Stockholm, Sweden.

Richard and Emily were part of the Great Britain 2 team which also consisted of Cambridgeshire’s Tony Kelly and Margate’s Scott Lancley. Richard was voted in as the team captain for the event. GB 2 was drawn to play in Group B and competed against the teams of Austria, Sweden 1, Sweden 3 and Switzerland. The GB 2 team finished fifth in their group and tenth overall. GB 1 fared better and was ninth overall, recording the first point scored by a Great Britain Team at a WMF Nations Cup event. 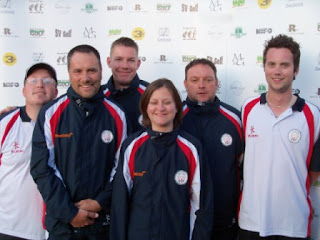 Over eight rounds of minigolf played on the two 18-hole courses at the Tantogårdens Club Richard scored a total of 275 (-13), with Emily scoring 290(+2). Emily’s round of 24(-12) on the Eternite-type Miniature Golf course set a new British Women’s Record on the playing surface, and was Emily’s all-time personal best on any type of Minigolf course. 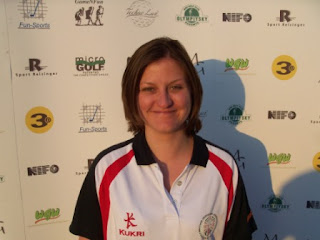 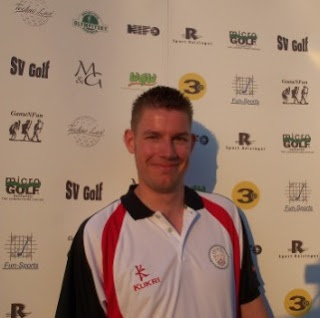 The overall winners of the tournament were Sweden 1, with Sweden 2 runners-up. Austria defeated Germany in the 3rd/4th place play-off match. The best individual players in their category were Fredrik Persson, Sweden and Nicole Warnecke, Germany.

The Great Britain team was coached at the tournament by Swedish players Björn Dinau and Eirik Seljelid, who have both previously competed on the British Minigolf Association Tour. In just two days of available training time, the Coaches were able to train the players to a level that they achieved tremendous personal bests, the British Beton record score was equalled, and two British players achieved scores of 24(-12) on Eternite. Six of the eight players achieved sub-30 rounds, with a total of 16 rounds in the twenties scored. Four members of the WMF Nations Cup side will also be lining up for the GB Team at the WMF World Minigolf Championships in Stockholm in August.

Emily said “The Nations Cup was a great experience for me. I feel that I learned a great deal which really improved my minigolf ability. My round of 24 was the undoubted highlight. To score 12-under par on such a tough course was a real achievement for me. My Great Britain team mates were excellent players, who all put in their best performance in the tournament.” 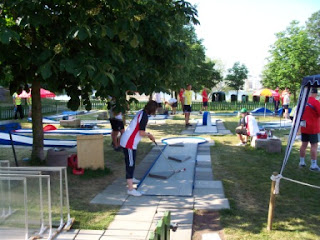 Richard said “The whole trip was excellent, from the training through to the competition days. Emily’s round of 24 was one of many highlights of the event, and I was very happy to have shot new personal bests on the Eternite and Beton European-Standard courses. To have hit three rounds in the twenties was quite an achievement too.” 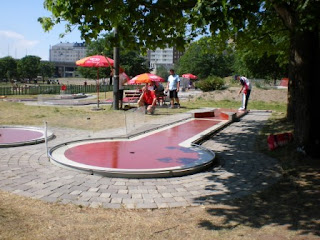 Following the 2011 WMF Nations Cup 40 BMGA Tour Players have made a total of 87 appearances representing Great Britain in World and European Championships (both Youth and Adult), Nations Cup competitions, the World Adventure Golf Masters, the Asia Open and the Czech Open since 1999. Peter Parr was the first GB International and made his debut in a WMF Minigolf Tournament at the 1999 World Minigolf Championships, in Papendal, The Netherlands.

It was a fantastic competition and really enjoyable! Obviously the round of 24 helped! But the whole team did really well and I was happy to have been a part of it all.

Our squad mates in the GB Team will be taking on players from 17 countries at the event.

Good luck to all in the team.