The competition format saw BMGA Tour ‘Pro’ Players paired with local ‘Amateur’ players via a random draw. In the 12-team field Richard and his partner, Hemsby’s William Collins, were runners-up having scored 88 as a pair in the 18-hole, two-round competition. The winners of the event had to be decided by a sudden-death play-off as Richard & William had tied with Nick Chitty and his partner Richard Hathaway at the end of regulation play. Unfortunately, William hit a three on the first hole of the play-off to allow the opposition to pick up the win with a two. 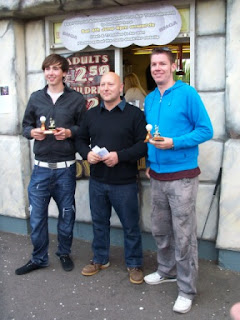 Emily and her doubles partner Owen Johnson finished out of the prizes.

Richard said “As with last year James and the team at Hemsby put on a great event. The Lost World is one of my favourite courses to play. Last year Emily and her partner picked up third place here so I’m pleased to have gone one better. Although we lost the play-off, William and I played well as a team and he put in two great rounds. Thanks also to our playing partners Seth and George for a great game too.” 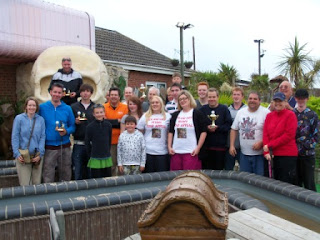