On Monday 19th December 2011 Brad Shepherd and I made a visit to Alexandra Palace to have a play of the Crazy Golf course set up there.

The 18-hole course became the 282nd played on the Crazy World of Minigolf Tour.

The course is owned by Moneypenny Events and features some of the holes/frames as the Minigolf courses we previously played at Devonshire Square in London (#155 & #155.5/visit 199b). The company also own the course that has appeared at the o2 (#210).

Photos of the course: 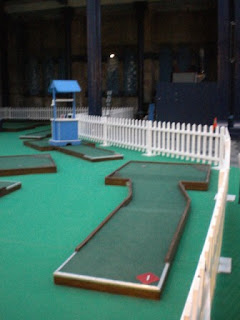 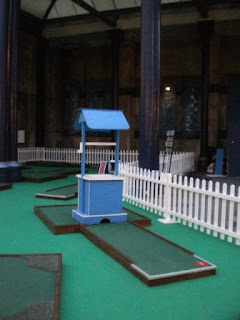 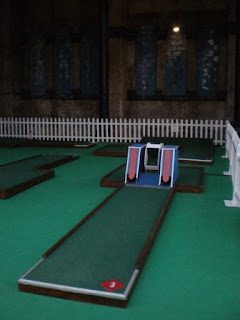 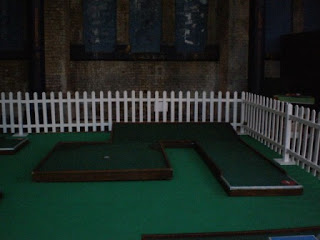 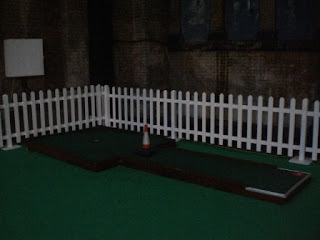 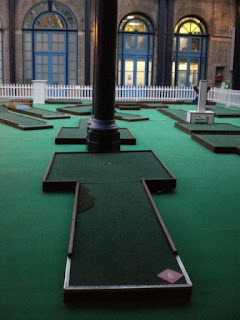 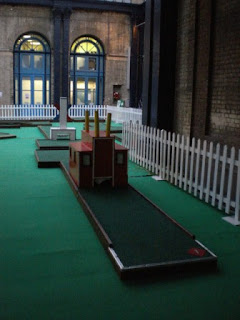 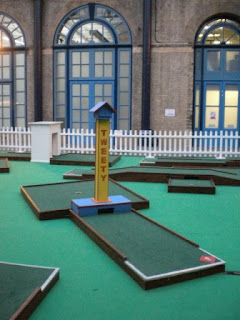 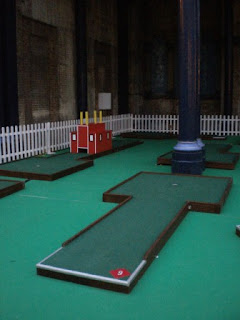 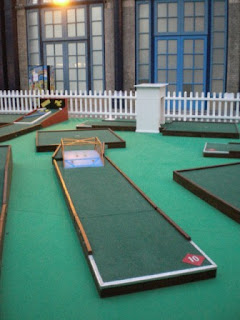 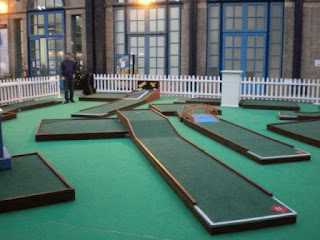 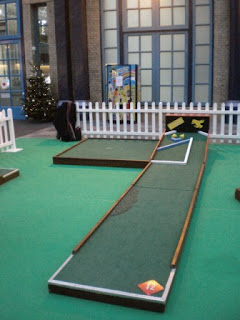 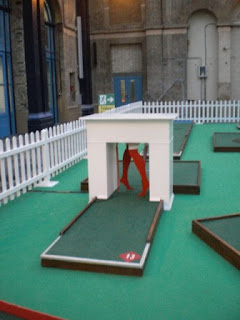 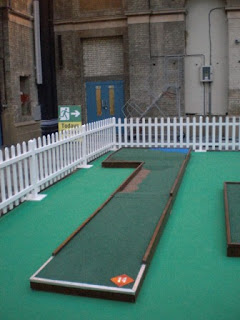 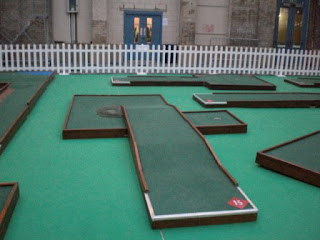 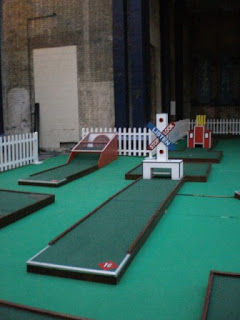 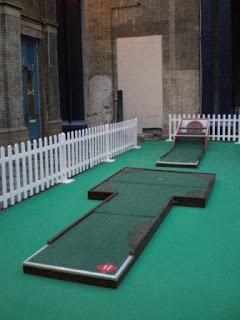 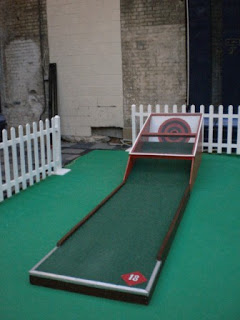 Alexandra Palace is also home to an interesting looking Pitch & Put Miniature Golf Course. Some of the holes are played up/down hill! There is also a Putting Course there. They are both on the 'to play' list, hopefully sometime in 2012... 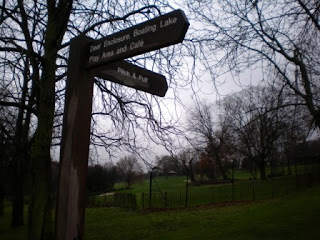 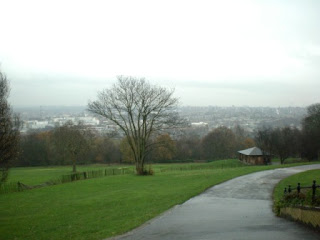 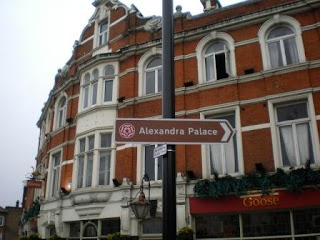 Photos of the Alexandra Palace Crazy Golf, Ally Pally, North London now up on MiniatureGolfer.com too.

While playing the Ally Pally Crazy Golf course I spotted an amusingly positioned ESCAPE ROUTE sign! Check it out at 'Todays Escape Route'

The photo has also been printed in the 26th Jan 2012 edition of the Daily Mirror and captioned "Now that's a sign of panic".