On Saturday 2nd of December 2011 we replayed the two 9-hole Adventure Golf courses that were originally the 14th and 15th played on our Crazy World of Minigolf Tour back in March 2007! 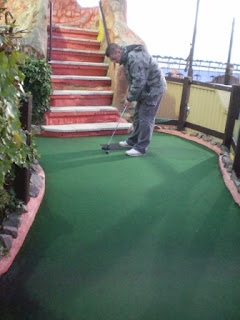 We also played the Aztec Adventure Golf course in 2003, way before our 'proper' Tour began. 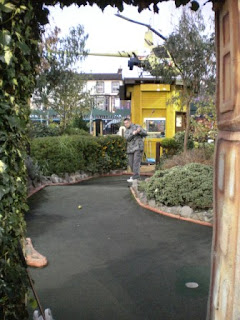 On this occasion our Emily defeated (destroyed!) me in our Irregular Mini Golf Tour Match-up with a score of 22 to my 28 on the Aztec Adventure course and a 22 to my 30(!?) on the Inca Challenge course. 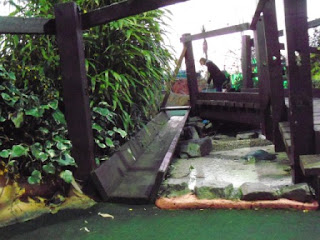 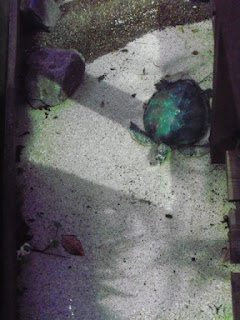 Photo: The courses do not contain any fake Crocodiles, or Alligators, but does have a turtle on the 9th hole of the Aztec Adventure course 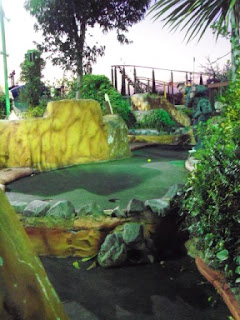 In April 2007 I made my Professional Minigolf Debut in the BMGA British Masters tournament held on the Adventure Island courses in Southend-on-Sea, where I finished 24th in the field of 28 players and was the runner-up in the Novice Category.