The Putter King has announced to his followers to stay tuned for more teasers ahead of the event... 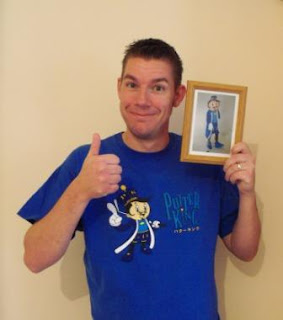 Photo: Me and Putty, the Putter King Mascot

Results & Links from the 1st Annual Putter King Miniature Golf Scavenger Hunt in which I was the runner-up to Australia's Allan Cox.

Vote for my Minigolf Hole Design 'The Jewel In The Crown' as part of the Putter King Hole Design Contest.
Posted by Richard Gottfried at Thursday, December 15, 2011