On Monday 12th December 2011 we made a revisit to the 9-hole Championship Miniature Golf course at the Trafford Golf Centre in Manchester. 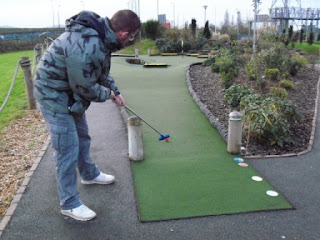 We’ve played at the centre for fun and in two Miniature Golf tournaments (which I won) with our last visit in 2009. The course was the 84th played on our Crazy World of Minigolf Tour. 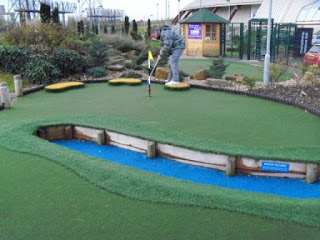 On our recent visit we found the course to still be in excellent condition, very playable and still every bit as challenging as before. The course has been designed to replicate famous holes from ‘Big’ Golf courses and each hole has a board next to it telling you the history of the hole, tips on how to play it and quotes from famous golfers. 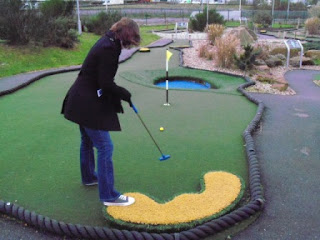 In our Irregular Mini Golf Tour Match-up I defeated Emily 32-35 and then 26-33. The course record of 23 held by course designer Nick Ashfield still stands! 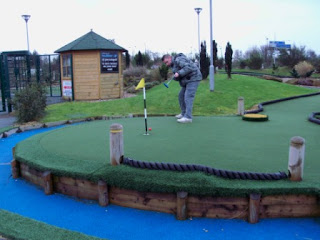 The course provides four different tee-off points to choose from (Juniors, Ladies, Mens and Competition) and the course is definitely a Par-3 set-up. While Holes-in-One are achievable on the course, they are very rare indeed and a two is a very good score on most of the holes. 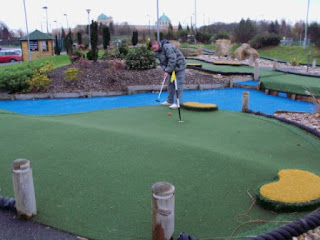 The 9-hole Championship Miniature Golf course is located at the Trafford Golf Centre (formerly PlayGolf). The Minigolf course costs £5 a round for adults (£4 for under 16s) and a second round is only £2.50. It's well worth a play if you're in Manchester. 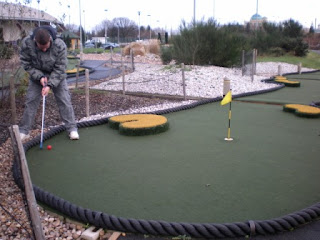 While having a wander around the centre we also spotted a Putting Practice hole next to the Driving Range. 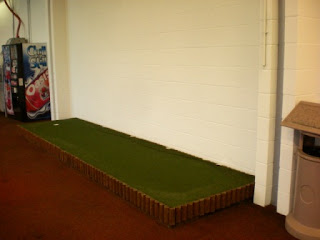 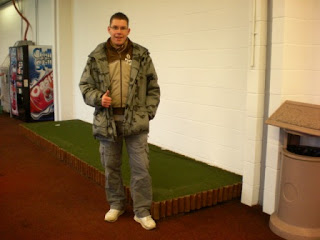