On Sunday 4th December 2011 Emily and I teamed up and joined the ranks of the foot soldiers of the Yellow team as we faced-off in a 27-player three-team Laser Tag Battle against the Reds and the Blues at the MegaZone in Rayleigh, Essex. 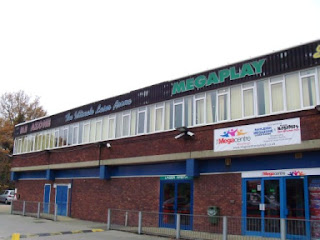 In the 30-minute shootout the mighty Yellow team was victorious beating the Blue team by just under 20,000 points!

In the match I was ranked 3rd overall, with Emily in 5th place in the 27-player field. 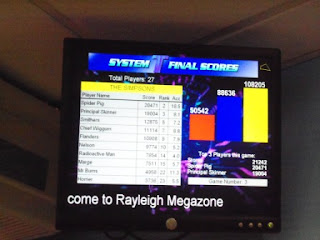 The Laser Tag Rankings have been updated following the contest and the top three places remain unchanged in the 11-player rankings. I am ranked #1 (with six wins from eight battles), while Oliver 'The Machine' Florence is #2 (with a 100% win/loss record from his four games) and Emily is #3 (with four wins from seven outings).