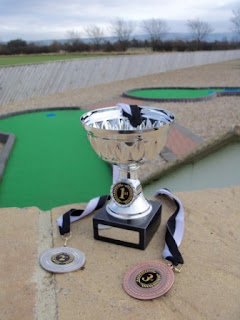 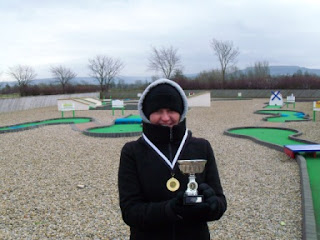 The three-round, 36-hole event was held on the 12-hole Crazy Golf course at Stokesley Golf Range, Middlesbrough and saw Luton’s Emily Gottfried take a two shot victory with a total of 92(+20) with rounds of 31, 37 and a course record round of 24(par) in round three. 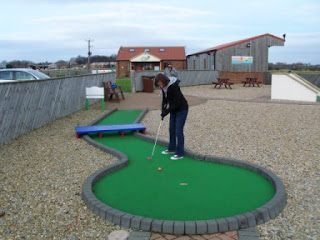 Photo: Richard Gottfried (l) and John Moore with their medals

New Stokesley NO/NIT Classic Minigolf Champion Emily Gottfried said "I love the course at Stokesley. There are some really good, but tough holes, especially the Volcano hole! I felt I played really well, and apart from a dip during the second round I was in the lead for much of the tournament. Despite some excellent competiton from Squire and John "Al" Moore I really felt I deserved the win."

Runner-up Richard Gottfried said "At the end of the event I was amazed I hadn't won, but equally I was amazed I hadn't finished third! My first round was awful and then after a very good second round I found myself in the lead. A brilliant event on a very good course, in bitterly cold conditions, with an excellent champion in Emily, and yet another minigolf score of 24 for her to crow about. Well done to her for winning with a perfect par final round though."

The Stokesley NO/NIT Classic was the 2011 edition of the annual ‘Newcastle’ tournament that was inaugurated in 2009 with the hosting of the Newcastle Invitational Tournament that saw play at three courses on Tyneside. Last year saw the first-ever Newcastle Open take place at Gosforth Park, Newcastle.

A selection of photos from the 2011 Stokesley NO/NIT Classic Minigolf Competition. 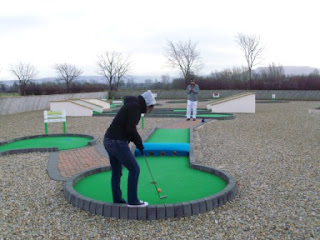 Photo: Emily Gottfried takes a Putt on the 10th - Tunnels 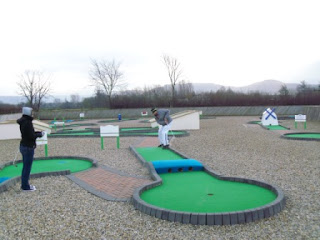 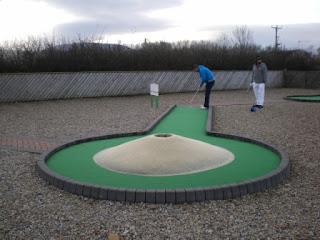 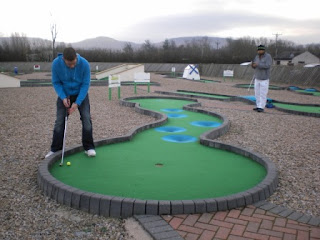 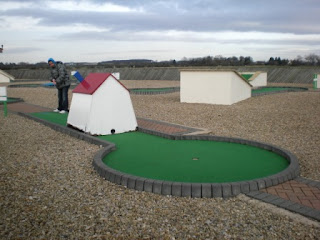 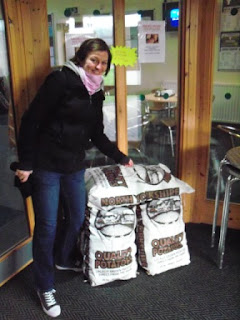 Photo: Emily and some bags of quality potatoes! The land that Stokesley Golf Range is on is owned by farmers, so you can handily pick up some spuds when you visit the course

Unrelated Blog Post (with a Tenuous Link to 'a Newcastle')
- Minigolf Course Visit No. 133 - Henllan Station on the Teifi Valley Railway (it's near a place called Newcastle Emlyn)