I am one of the five winners of a Putterfingers Masters Golf Putt Returner having competed in the Putterfingers Micro Putt Online Mini Golf Competition! 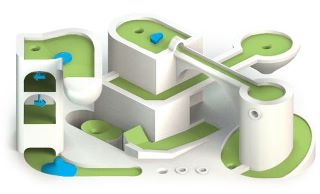 Micro Putt Mini Golf Game by Mochi Games
The overall winner was my BMGA Tour Minigolf rival James 'The Rocket' Rutherford who managed to score 2,868 with five holes-in-one in a rown and completed in 32 seconds!

The four other competition winners were tied on 2,867 points. Along with Laurence Wicks we completed the course in 33 seconds, with Laurence playing 143 times, while I had 118 plays. 'The Rocket' played the game a total of 218 times!

Others in tied second-place were Seth 'Clockwork Orange' Thomas and Stu 'British #66' Bowker.

Read the news item on the Putterfingers Blog.

You can still check out the Putterfingers Micro Putt Mini Golf Game here.