Having been speaking to Redbourn Golf Club on twitter I found out the club had a Putting Green, so with Redbourn being only a stones-throw away from Luton we decided to head there for a look around and a bit of a Putt. 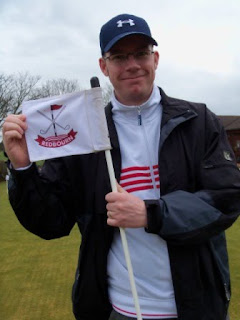 Emily and I played the Putting Green as a visit on the Crazy World of Minigolf Tour, and also a competition venue on the Irregular Mini Golf Tour!

The 8-hole Putting Green became the 211th Minigolf Course played on our Crazy World of Minigolf Tour since 2006, and our first new course visit since the 30th December 2010 (the Q-Golf at The O2). 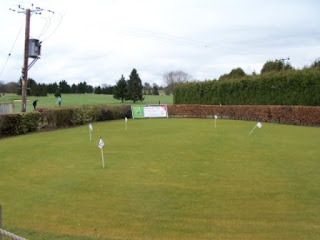 In the Irregular Mini Golf Tour Redbourn Classic, Emily defeated me by one-shot, scoring an 18(par) to my 19(+1). Emily had one Ace and one Three, I had all Twos and one Three. We 'added' a 9th hole by playing to the hole furthest away after completing 8-holes. 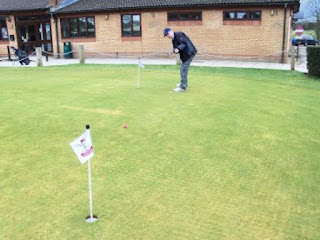 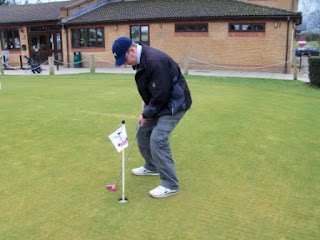 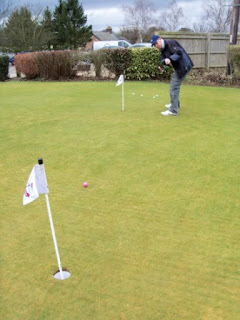 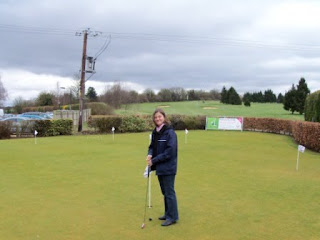 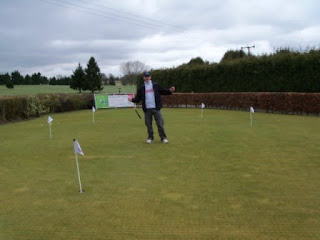 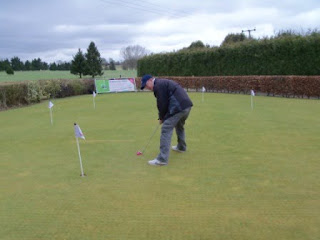 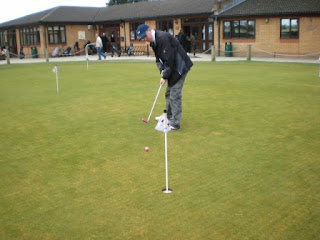 I wasn't too happy losing to Emily by one-shot. 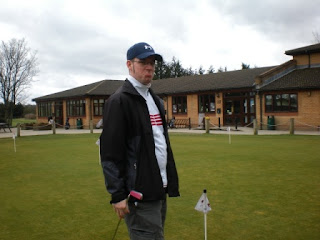 I also had a practice round after the Irregular Mini Golf Tour match and scored a 15(-3), scoring three Holes-in-One in a row! Video below:


The Club is also home to a Driving Range, 18-hole Golf Course and a Par-3 9-hole course. We'll be heading back to play the Par-3 course in the summer. 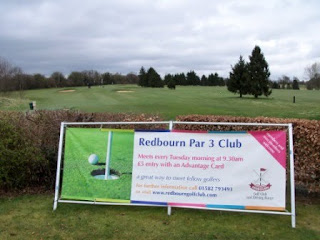 Excellent putting green. Was great that I won the actual competition... Squire just got the Aces for show! :)