On our trundle around Beds and Bucks yesterday we headed to Milton Keynes as I was sure there was a Laser Tag there.

I thought there was one at the Xscape centre, but we found I was wrong, there is however a Quasar Laser Tag at the Tenpin Bowling Centre at the MK Leisure Plaza. 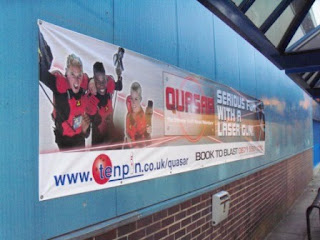 We were going to have a game, but with a battle having just begun and the next one exclusively for a kids birthday party we would have had to wait for a while to play. We have decided to head back in the near future. 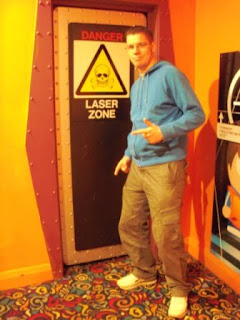 Looking at the scoreboard at the centre, the war-raging at the MK Quasar was a classic struggle between the REDS and the GREENS.

With no new battle between us taking place in Milton Keynes the Laser Tag Rankings remain the same.
Posted by Richard Gottfried at Sunday, March 13, 2011