With yesterday being the start of British Tourism Week Emily and I had fancied taking a trip to the brilliant British seaside and were going to make a visit to Southend-on-Sea and the Party on the Pier there (it's a seaside resort we really like, and is probably the nearest to us here in Luton). However, after having a much needed lie-in we decided to have a tour around the area closer to home.

We managed to fit in a fair bit just pootling around a 20ish mile radius of Luton, Bedfordshire, and visited Dunstable, Kensworth, Whipsnade, Stanbridge, Tilsworth and Milton Keynes.

We visited the Dunstable Downs, watched some Kite Flying and the Gliders taking off and landing. And went to 'another' Isle of Wight. 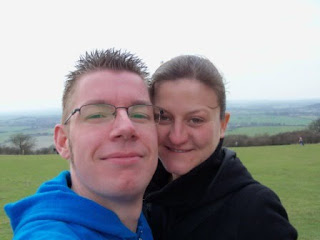 We then headed to Whipsnade and saw some Bison, visited Tilsworth Golf Club and then headed to Milton Keynes, where we found some great produce at the Centre MK's Food & Craft Fair, as well as discovering another Quasar Laser Tag at the Tenpin Bowling Centre at MK's Leisure Plaza.

There is a great amount of fun and interesting stuff to do in the UK, and we love our coastal travels and roadtrips, but it's also great to have a leisurely day out close to home too.