Today Emily and I headed to Hemel Hempstead in Hertfordshire to play a game of Quasar Elite. 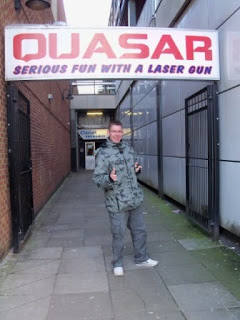 An intersting 'Laser Tag Fact' is that the Hemel Quasar centre is the world's only multi-theme Quasar Elite arena, with five different zones! 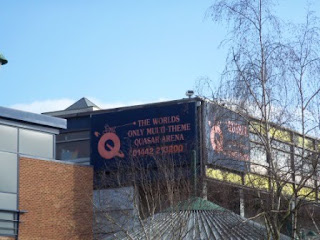 The battle between the Blue Team and the Red Team saw me and Emily face-off against each other in opposing sides in the 31 player game (comprised of two kids birthday parties and us).

The battle was won by the 15 player Red Team with a score of 1055, with Emily ranked 3rd within the team. The Blue Team scored 681 points, and I was the team's Top Gun! I was very surprised at this due to Emily and her team's tactics of sending three girls to constantly target (chase) me throughout the battle! 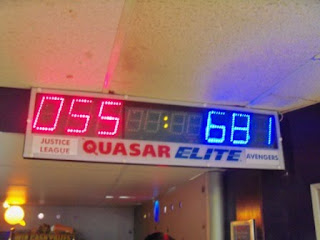 The centre is pretty cool, with a large arena to battle in. We will be returning for another match soon.

As a Quasar Elite Champion I treated myself to a piece of Merch - a fetching red Belt Pouch/Man-Bag. When we left Emily refused to hold it, even for a while, as she said "...it would ruin my street cred."! 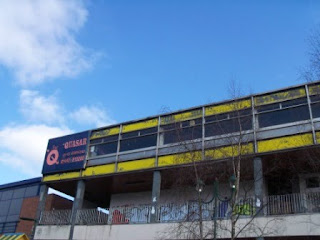 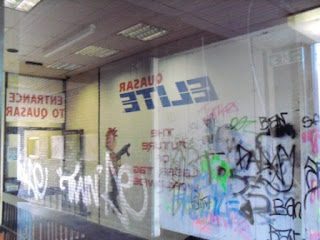 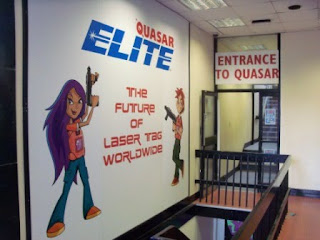 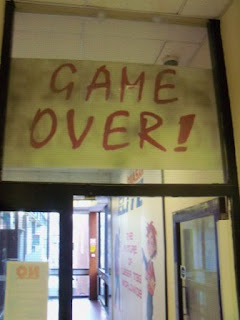 Can we see a picture of said man bag please?

It may ruin my 'street cred'!

Rich was only a few shots ahead of me, so the Red Team was the best and 10 year old girls easily out-gun grown men...the Laser Quest/Tag/Quasar competition is hotting up!

Being seen with the man bag is asking a bit much, even when in Hemel.... I have to draw the line somewhere. God forbid he ever wears it...