Luton Minigolfer Richard Gottfried competed in the GMGC Green Doubles Championship at the 18-hole Minigolf course in Hither Green on Sunday 27th February. Richard teamed with Walton-on-Thames’ Oliver Florence in the six-round event and finished in 7th spot of 14 teams. 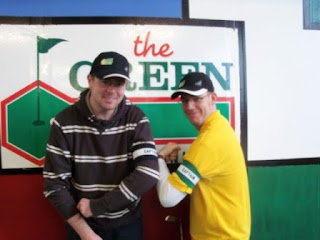 The tournament was played in a matchplay format over 18-holes and was split into two stages, with a draw for the round robin qualifying stage, and knockout play-offs for positions 1-8 and 9-14.

The tournament was won by Hither Green's Nick Sandqvist and James Rutherford.

Richard said “I’m very pleased with our team performance today. This was the first time we’ve competed as a pair and I thought we worked well together. It was great to be undefeated after three rounds, and we won the important 7th/8th place play-off to round off an intense day of competition at one of the toughest Miniature Golf courses in the UK.” 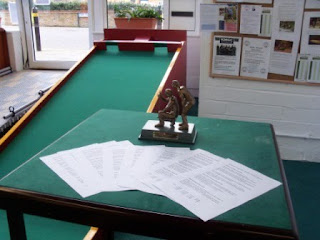 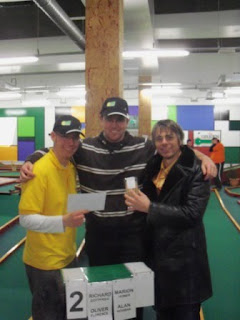 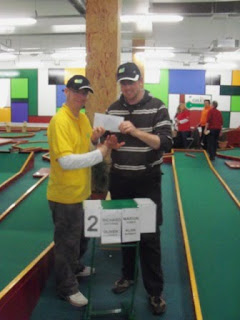 Richard & Oliver with their winnings - and playing round one of an impromptu Rock Paper Scissors Match! Ollie goes one-up with Paper. 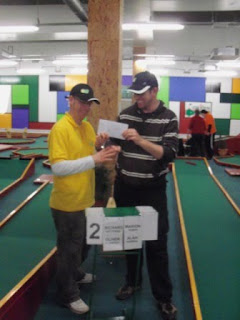 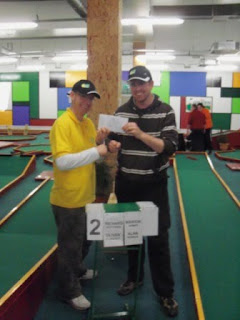 The duo tie on Rock. 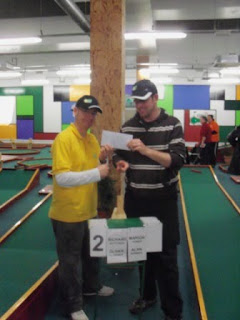 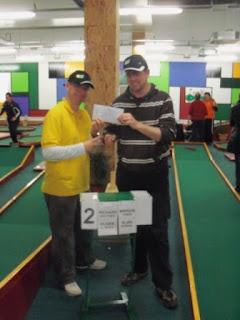 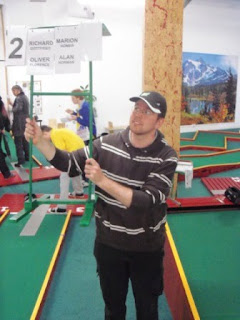 Check out this write-up from the GMGC Green Doubles Minigolf Tournament on Oliver Florence's Blog at "Double success for Florence but wait for kit continues". It also includes details of the long long long wait for the kits - that still haven't arrived!