Amongst the things that had been considered to be 'cut' were the crazy golf and pitch-and-putt facilities at Abingdon's Abbey Meadows! The Crazy Golf course there was the very first course I played as a child growing up in the town.

Stories in the Oxford Mail and the Oxford Times have more information about the proposed cuts and a photo.

I revisited the course as part of the Crazy World of Minigolf Tour in August 2007, when it became the 31st course played on the tour. 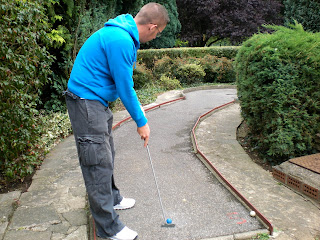 More photos of the Abbey Meadows Crazy Golf course can be found at MiniatureGolfer.com