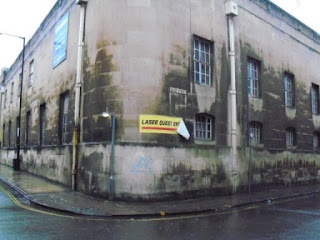 Following the BMGA Rumble in the Jungle Minigolf Tournament me, Marc Bazeley, Oliver Florence and Richard Skeggs headed to Bristol's Silver Street and the Old Fire Station for a Laser Quest Challenge!

Oliver and Richard had beaten us to it and by the time Marc and I arrived they had scouted out the 'course' and already played one game! With 'Ice Man' Richard Skeggs runner-up at a seven-year-old's Birthday Party! 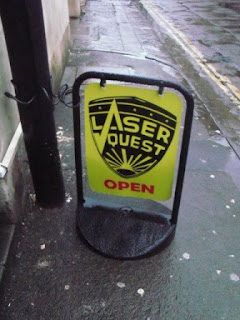 In the following match-up the 'Ice Man' stuck with the RED team, while the rest of us joined the mighty GREENS. 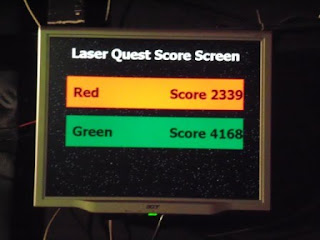