Dodgeball in Luton 2011 - Gottfried vs. Gottfried

The new Dodgeball season has got underway in Luton, Bedfordshire, with the 'Alumni' of the local Get Back Into programme continuing to play in 2011, along with picking up a few new recruits too.

Emily has un-retired from the sport and so 2011 will see a battle in the Gottfried household!

Last week we were on the same team and suffered an 8-4 defeat!

This week we were on opposing teams in our first face-to-face Dodgeball match since the glory-days of Dodgeball UK back between 2005 and 2007! Nine-matches were played, and the result was a 5-4 victory to Emily's team, with '9 Lives' getting me 'out' three times! 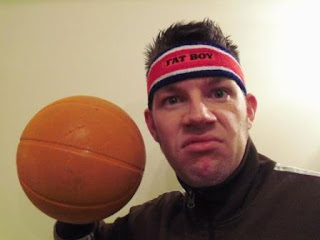 Links:
Dodgeball in Luton - End of the 2010 Season

Dodgeball - Then & Now
Posted by Richard Gottfried at Wednesday, February 02, 2011