On our way home from our weekend away in Liverpool last week, we headed back via Cannock in the Midlands, as on the way up North we had spotted a Laser Tag Arena at Fun City!

Having had exclusive use of the Laser Quest in New Brighton (with a Party group not turning up) we once again found ourselves in the position of being able to play a game of Laser Tag in a one-on-one format! 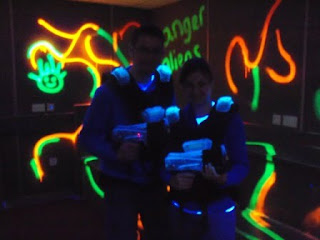 This Laser Tag also had 'Aliens' inside, which were able to shoot you and also explode mines which would completely destroy you - requiring a total re-energise!

The final result, with me and Emily having a 'Civil War' as the YELLOW Team, was a win to me - 206 points to 113. Emily was unfortunate to have been hit by the Mines 4 times, compared to me getting hit twice. 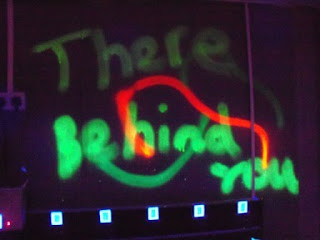 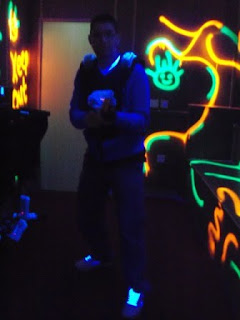 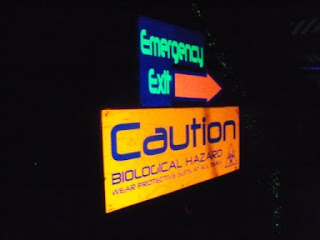 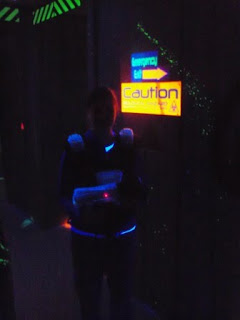 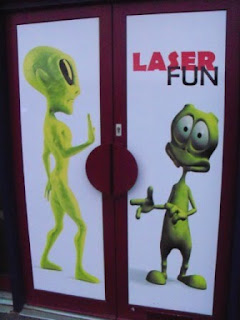 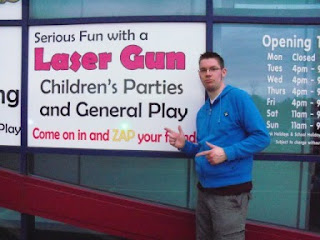 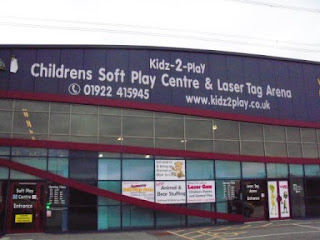